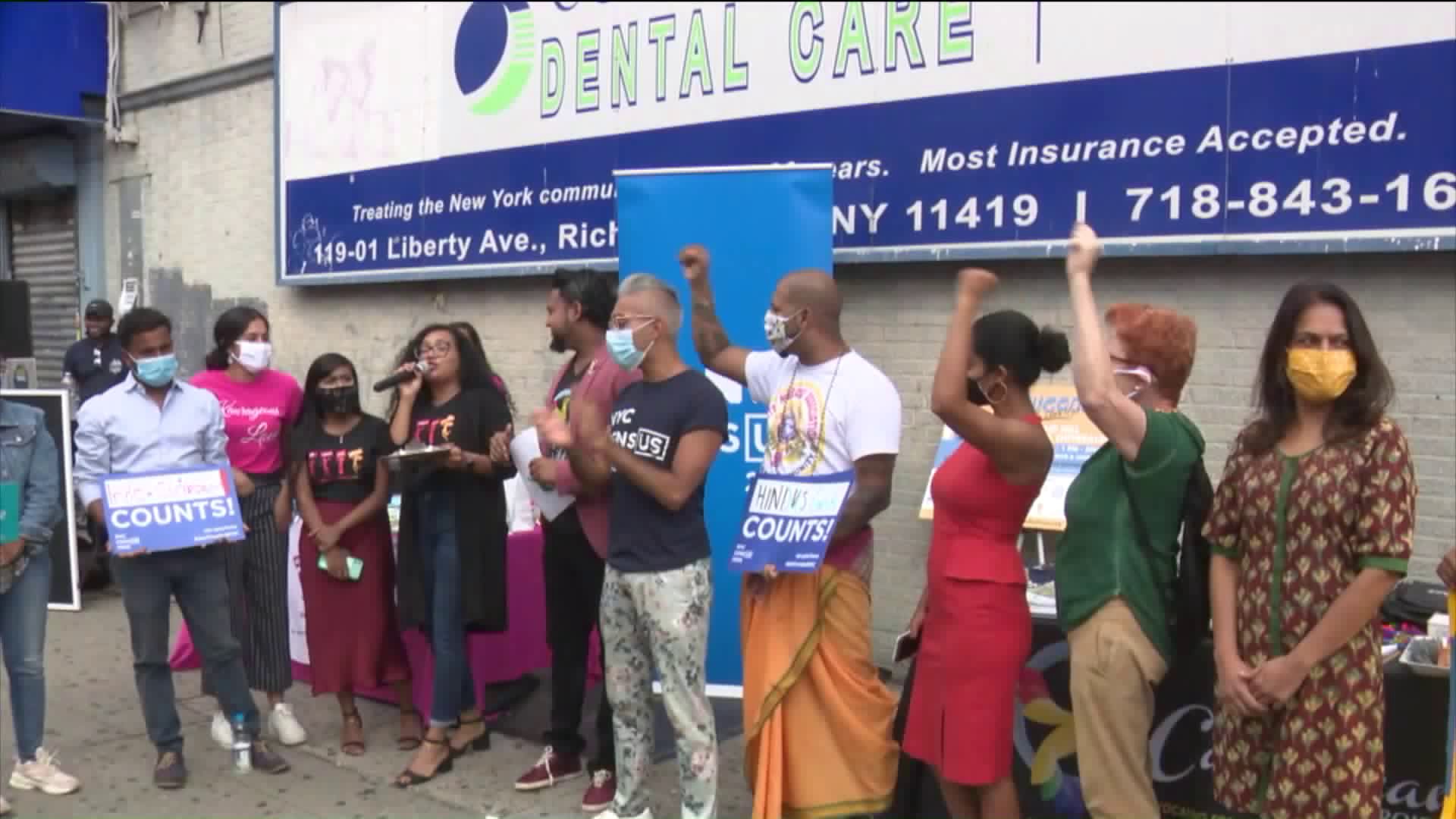 Queens is still pushing to get all residents counted for the 2020 US Census.

SOUTH OZONE PARK, Queens — According to the United States Census Bureau, Richmond Hill and South Ozone Park have some of lowest response rates in Queens and all of New York City when it comes to the Census.

That’s why there was a push Saturday for people to fill out those 2020 Census forms, no matter where they live or work or their immigration status.

It was an all-out push to get people in Queens to fill out census forms withultiple organizations representing the Caribbean, Indo-Caribbean and West Indian communities gathered at the intersection of Lefferts Boulevard and Liberty Avenue Saturday.

According to the US Census Bureau, as of Friday, the national response rate was 66% but in New York State 63% and New York City 60%.

As for the five boroughs, Queens, the Bronx and Brooklyn have the lowest census report rates and in Queens, South Ozone Park, Ozone Park and Richmond are areas where the fewest amount of people filled out census forms.

You can fill out your census form online here.