'Purple Rain' continues Broadway at the drive-in run in Queens 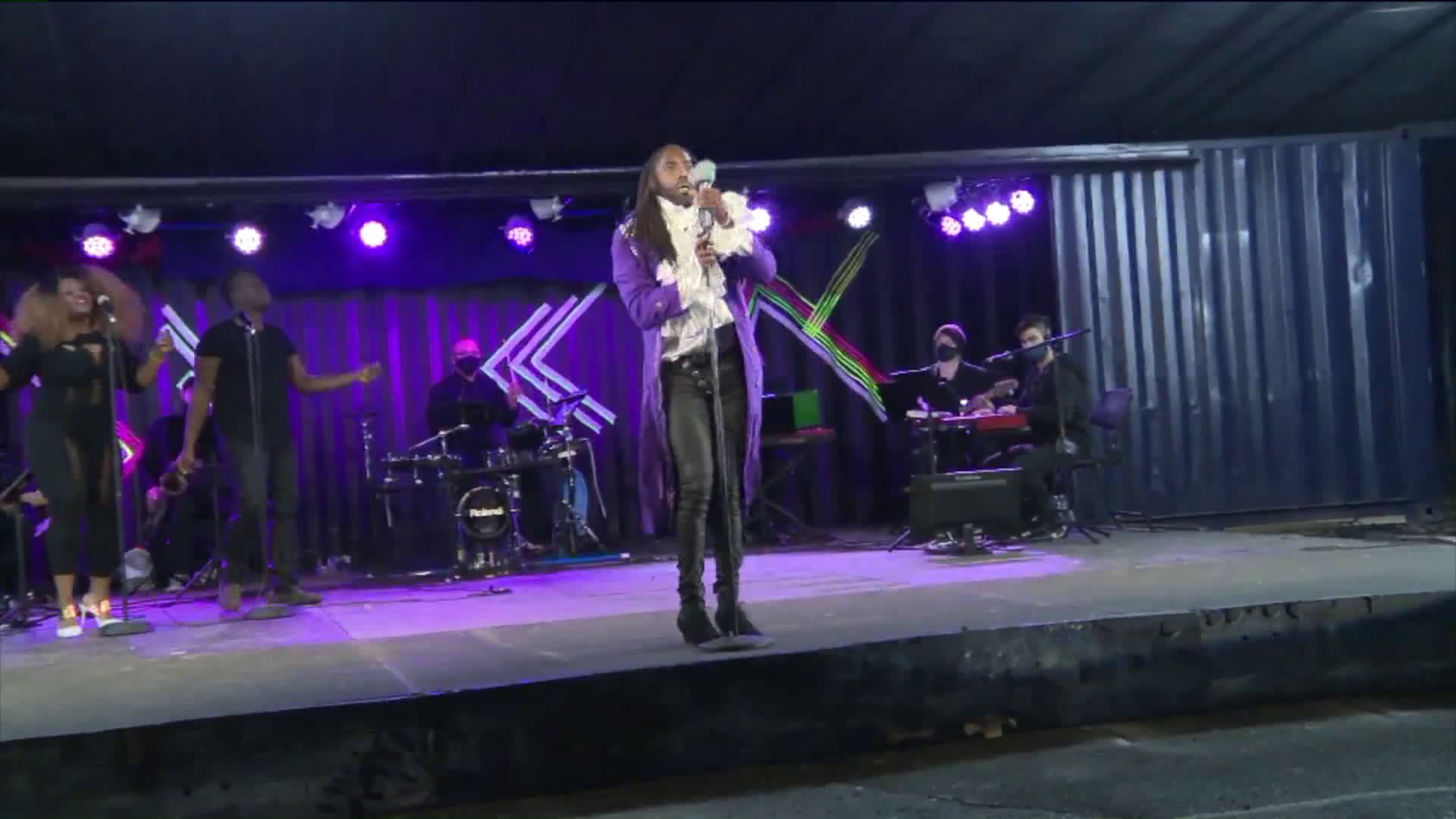 The iconic 1984 film “Purple Rain” is brought to life not only on the projector screen but on an outdoor stage.

ASTORIA, Queens — The iconic 1984 film “Purple Rain” is brought to life not only on the projector screen but on an outdoor stage in Astoria Thursday.

It is the latest offering of a unique hybrid drive-in experience at Radial Park — half movie, half live performance. The idea was brought to life by Broadway producer Jeremy Shepard.

“The heart that is Times Square, New York City is alive and well right here in Radial Park and we can’t wait to make it happen,” said Shepard.

Because of concerns over COVID-19, Broadway theaters will remain dark at least through May, 2021. Actors, musicians, stagehands, lighting and sound crews, costume designers, makeup artists and prop people, just to name some of the 97,000 members of the community, have been out of work since March. This is one small way for them to keep their art alive.

“We’ve got a red carpet tonight, we’ve got excitement, we feel like New York City and we’ve got the bright lights and the stars,” said Shepard. “ This is different than any drive-in that’s ever been done.”

With the city skyline and waterfront serving as a backdrop, cars packed into the makeshift venue, taking in Prince’s semi-autobiographical film.

“I’m just grateful to be here to be performing in this time, to be providing some love and light, all in the name of the purple king,” said Marcellus.

As the movie is playing onscreen, actors — many of them Broadway performers — are doing the same scene in the live performances portion, intertwining stage and screen seamlessly.

The movie is known for its soundtrack and 11 of “The Purple One’s” legendary songs are played, with help from a live orchestra.

“The nerves are excitement,” said Randolph. “I’ve been quiet for a year because of COVID, this is the first time I’m getting out since the Grammys of last year to do some live singing. I’m glad to see all my people out.”

As Broadway remains shut down for another seven months, this injects music and arts back into the fabric of New York City.

“It’s amazing to get a chance to perform again at all and in a format that’s safe,” said Burroughs. “We can feel an audience alive for the first time in a while.”

There will be performances of Purple Rain through Oct. 25. After that, there will be showings of other classics like "The Rocky Horror Picture Show" and "Rent."