Protesters in Queens see change but believe more is needed 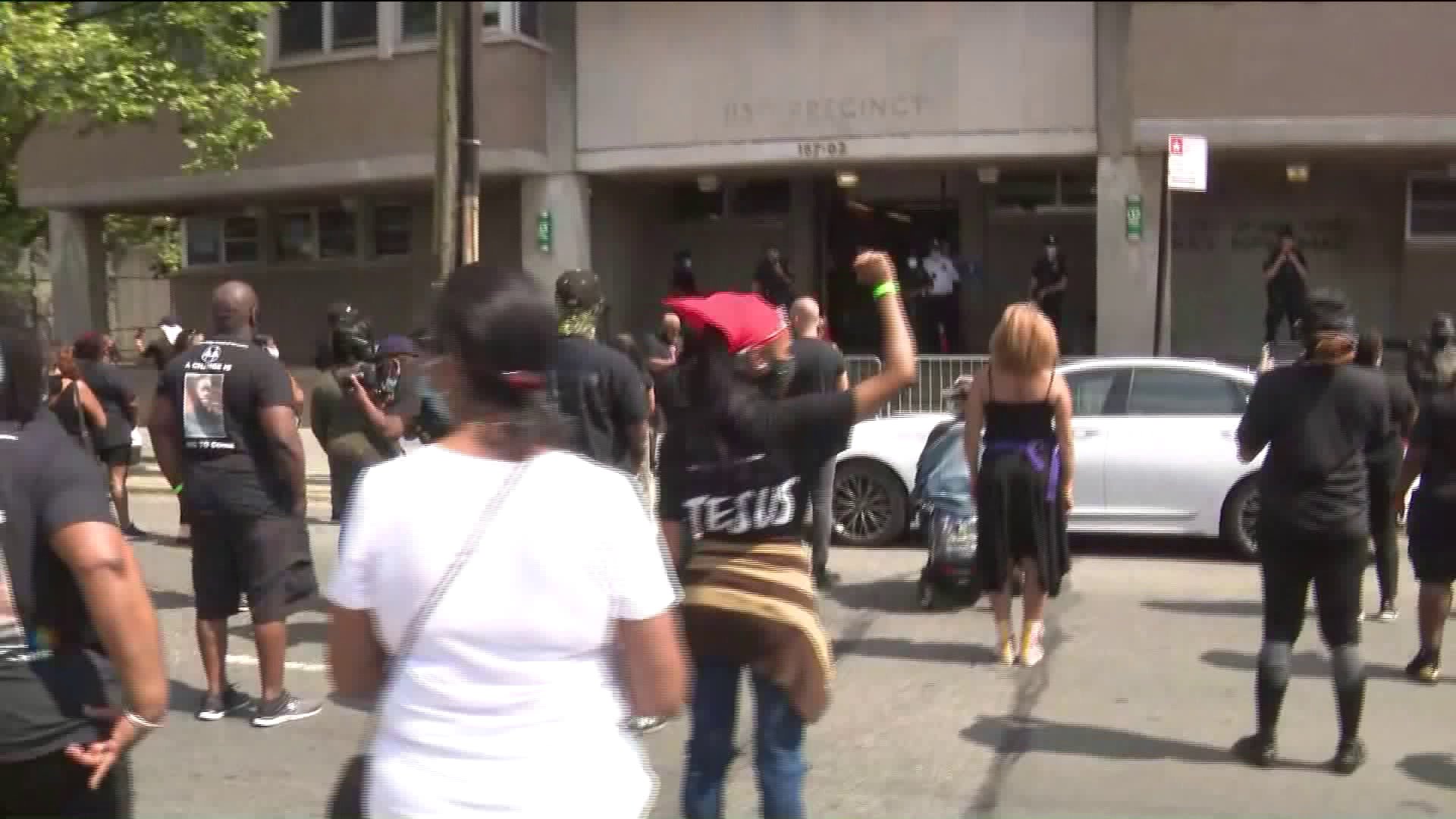 silent protest and march ended outside the 113th Precinct in Jamaica, Queens Saturday.

JAMAICA, Queens — A silent protest and march ended outside the 113th Precinct in Jamaica, Queens Saturday.

Protesters, now into their fourth week of marching, say they’re going to keep going because these demonstrations are turning into legislation. They are seeing change but more is needed.

“We should all be equal cause we’re all human we’re not animals and don’t feel we should be treated a certain way because of our skin tone,” said 13-year-old Trinity Jennings.

She knows how big her voice is in this movement for change and equality despite her age.

“This is crazy, we shouldn’t even be here standing here protesting. Everything should be normal. This is 2020, not the 1960s,” Jennings added.

Her parents were active when they themselves were kids.

“We protested in Harlem over unequal, unjust employment and civil rights issues,” said Trinity's father, Daniel Jennings. “I was hoping growing up, this would have changed but the conditions haven’t changed. It shows we have to come out here and do our part.”

Over 100 people, including Trinity, Daniel and mother Chanelle, walked along Baisley Blvd in silence, with masks and signs, wearing black lives matter t-shirts.

“We want her to be part of the movement, not just see things on TV and feel powerless," Chanelle Jennings said. "We want her to know her voice matters.”

Among those who addressed the crowd before the march included Councilwoman Adrienne Adams.

“We know there’s bad and good in everything, no real cop could condone what has happened and with that being said there’s a lot of people masquerading as cops," Clark said. "We just ask that you don’t paint us with that broad brush, that’s all.”

Patrice McCullough, a mother of three, says she’s been to several protests and plans on going to however many more it takes until she she sees change.