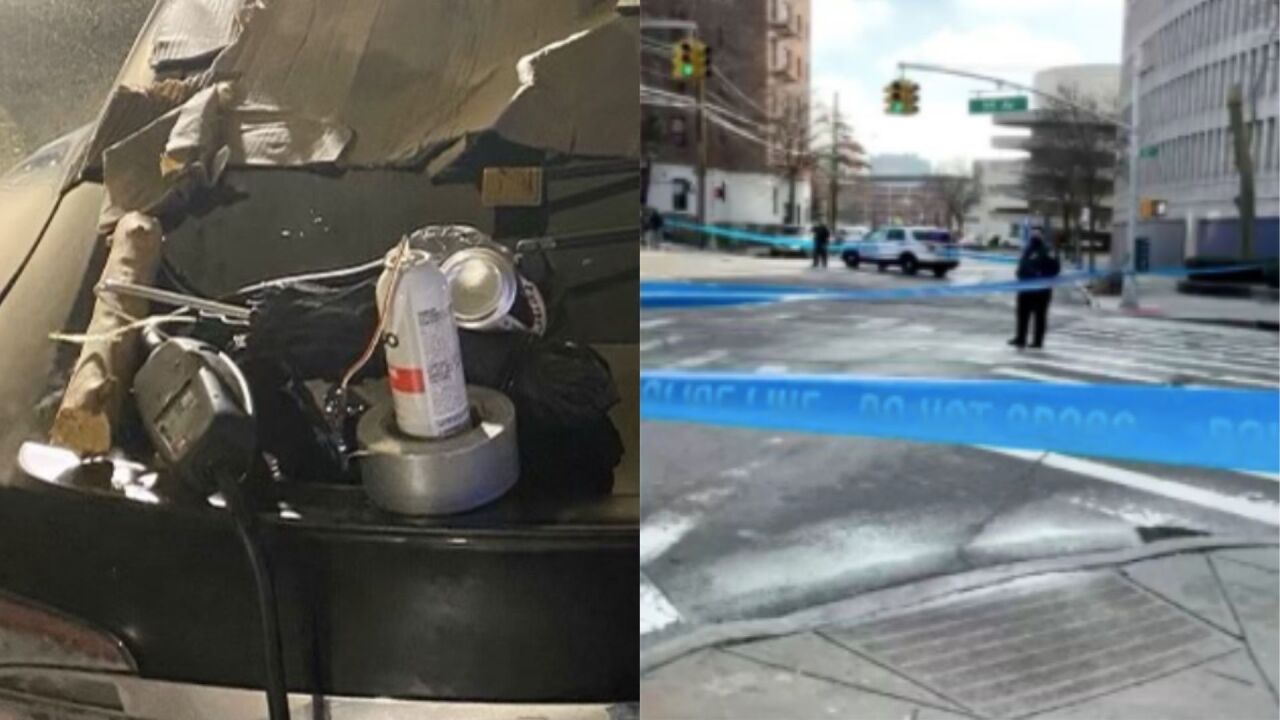 NYPD/Citizen App
Police released an image of a "hoax" device found during an investigation near Queens Place Mall. 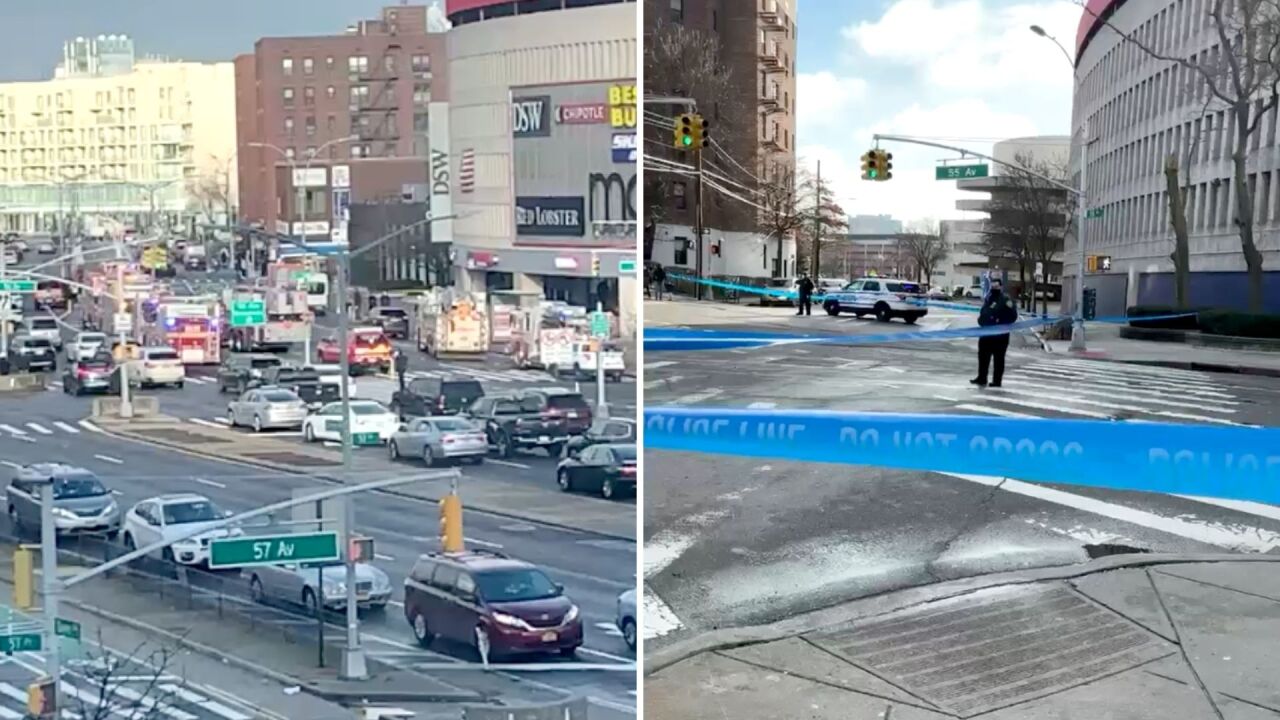 ELMHURST, Queens — Police rescued a dog from a reported suspicious vehicle at a Queens shopping center Monday morning, according to the NYPD.

Authorities were called after 7:30 a.m. for a suspicious vehicle at the Queens Place Mall in the Elmhurst area of the borough, police said.

Authorities arrived to find propane tanks and wires protruding from a Tesla vehicle located at a circular driveway to get into and out of the mall's parking lots.

Officers who descended on the scene found a husky locked inside the car, authorities said.

The dog was rescued and police determined the suspicious package to be a "hoax device," according to the NYPD.

This is the hoax device that was found during the investigation in Queens earlier today. pic.twitter.com/IEUprCpdE4

Occupants in the mall and nearby multiple dwelling buildings were evacuated during investigation, but have since been cleared to return to normal operations.

Video of the scene showed streets in the surrounding area blocked off with police tape.

Police advised motorists to expect traffic delays in the area during the investigation.

Correction: A previous version of this story misidentified the name of the mall.