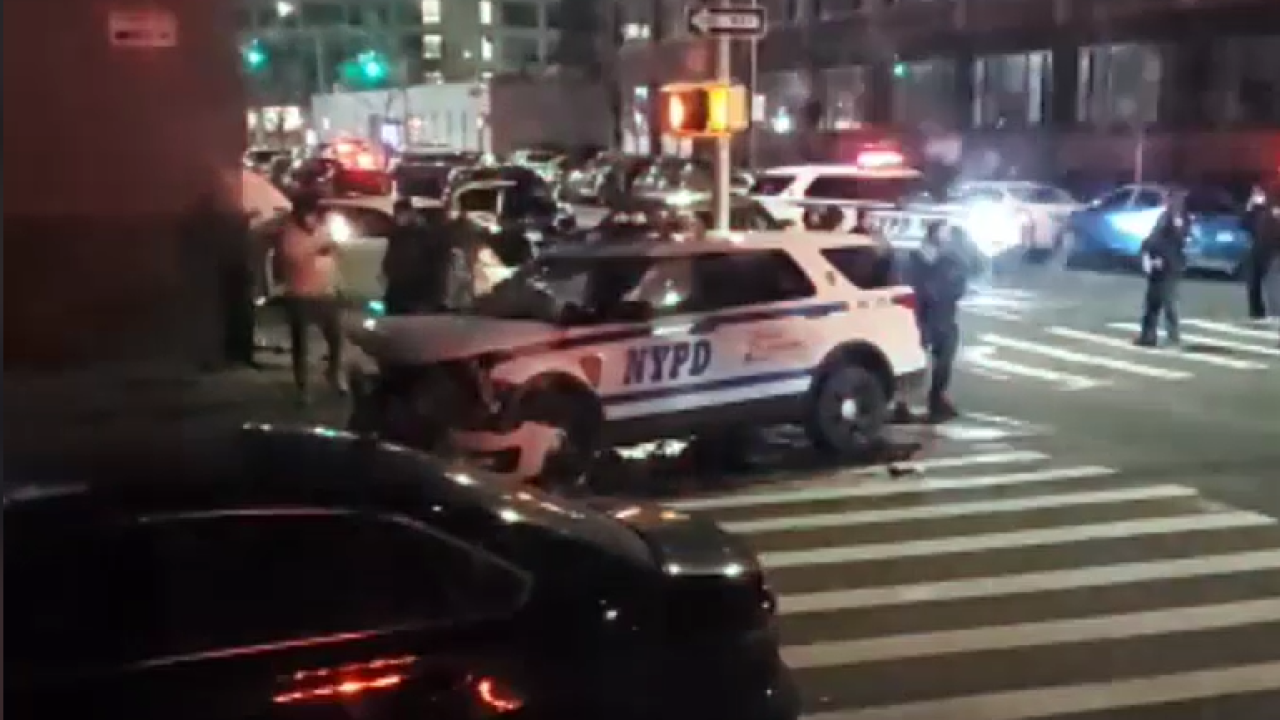 Citizen App
An NYPD vehicle was involved in a crash in Astoria, Queens on Dec. 26, 2020, police said.

The crash happened around 11:15 p.m. near 35th Street and 37th Avenue in Astoria, police said.

The marked police cruiser was enroute to a 911 call in the area and had its lights and sirens on when it collided with a vehicle at the intersection, authorities said.

Photos from the scene show the front of the police vehicle smashed in.

The two officers and two civilians were taken to a hospital with non-life-threatening injuries, according to police.