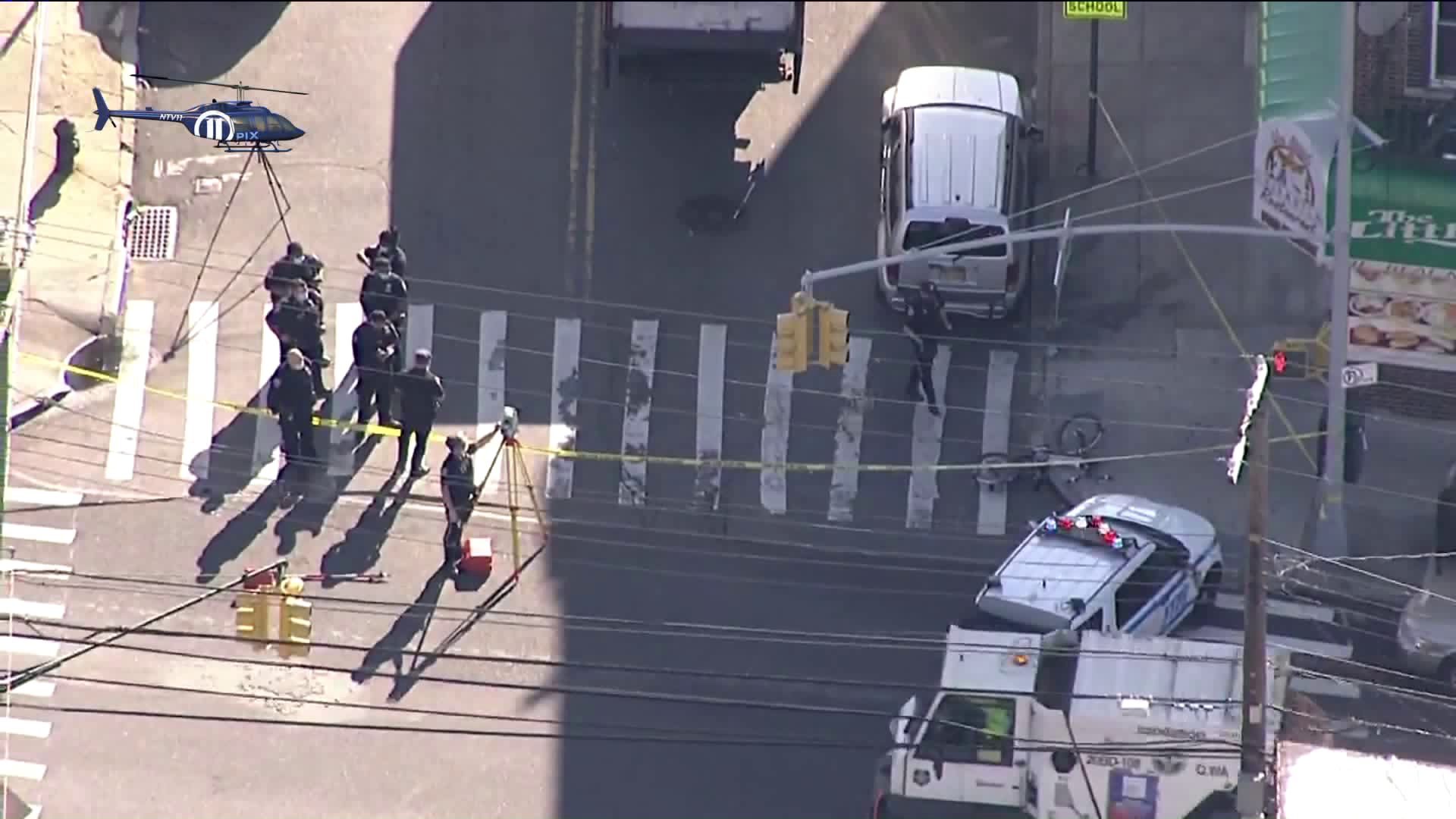 A pedestrian was struck in Queens Wednesday morning — the first pedestrian to be struck in New York City in nearly two months.

CORONA, Queens — A 53-year-old man was struck in Queens Wednesday morning, the first reports of a pedestrian struck in almost a month.

Authorities were called to the vicinity of 43 Avenue and Junction Boulevard in Corona around 7:30 a.m., FDNY officials said.

The man was taken to the hospital in critical condition, according to authorities.

Video from AIR11 shows police cars surrounding the area and a bicycle on the side of the road with a vehicle stopped in front of it.

According to police, the man was riding a bike when he collided with a box truck.

This is the first pedestrian to be struck in 58 days, although a Queens hit-and-run was deemed a homicide on April 14.

Authorities said since the COVID-19 pandemic impacted NYC in March, there had been no further reports of pedestrians struck.