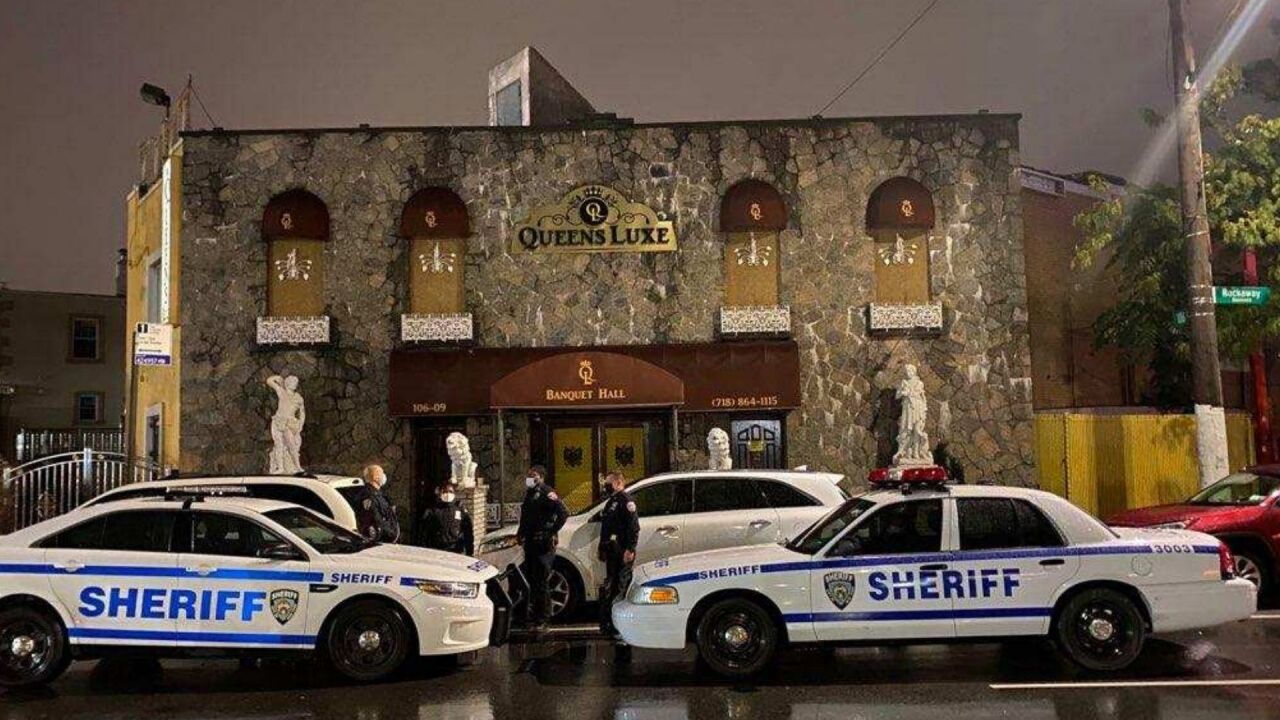 Authorities were called to an event at the Queens Luxe Banquet Hall at Rockaway Boulevard in Ozone Park around 1:30 a.m.

There were about 215 people inside the venue, violating the state and city’s COVID-19 emergency orders.

The hall was also operating without a liquor license, according to authorities.

New York City currently allows indoor entertainment locations to operate at a 25% capacity if they do not fall under one of the city’s restriction zones. All visitors must wear masks.