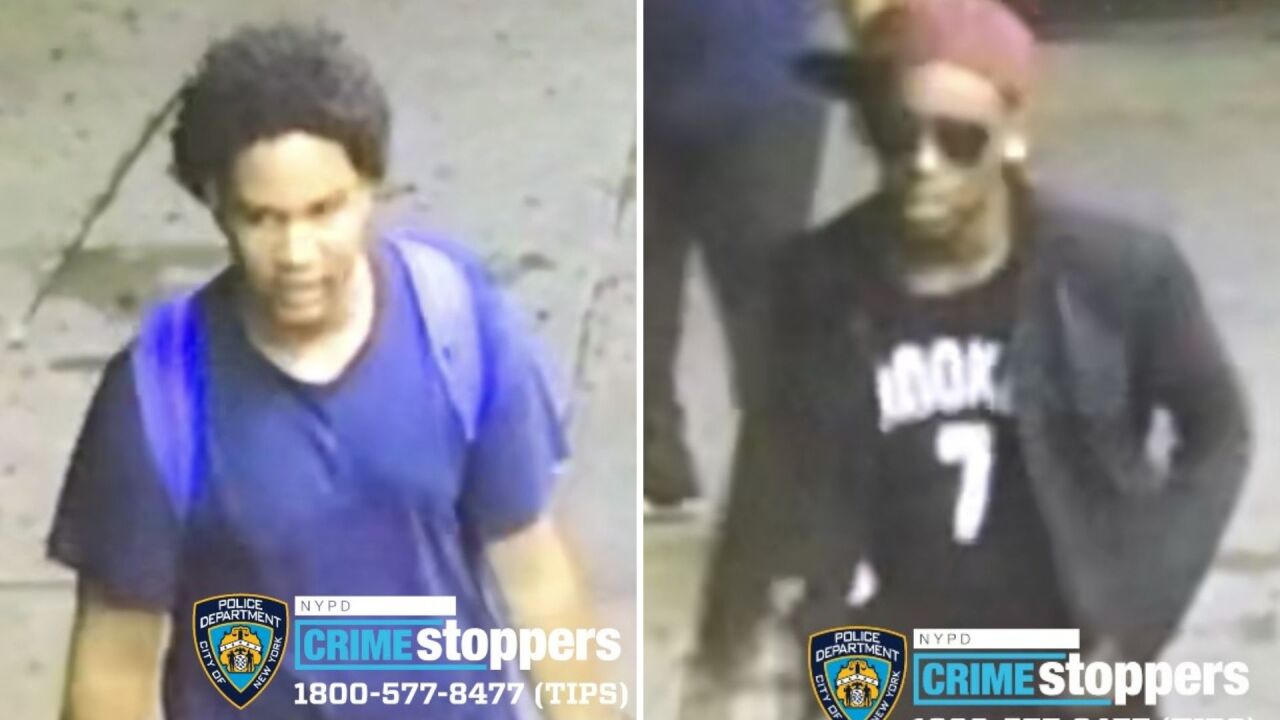 Police have asked for help identifying the pictured individuals in connection with a Queens subway station attack. (NYPD)

OZONE PARK, Queens — A pair slugged an MTA conductor in the face in an unprovoked attack in a Queens subway station, police said Thursday.

The two attackers ran from the 80th Street A train station after the late Monday attack, officials said.

The victim suffered minor injuries and was treated at a local hospital.