Ozone Park community speak out, stands up amid crime wave 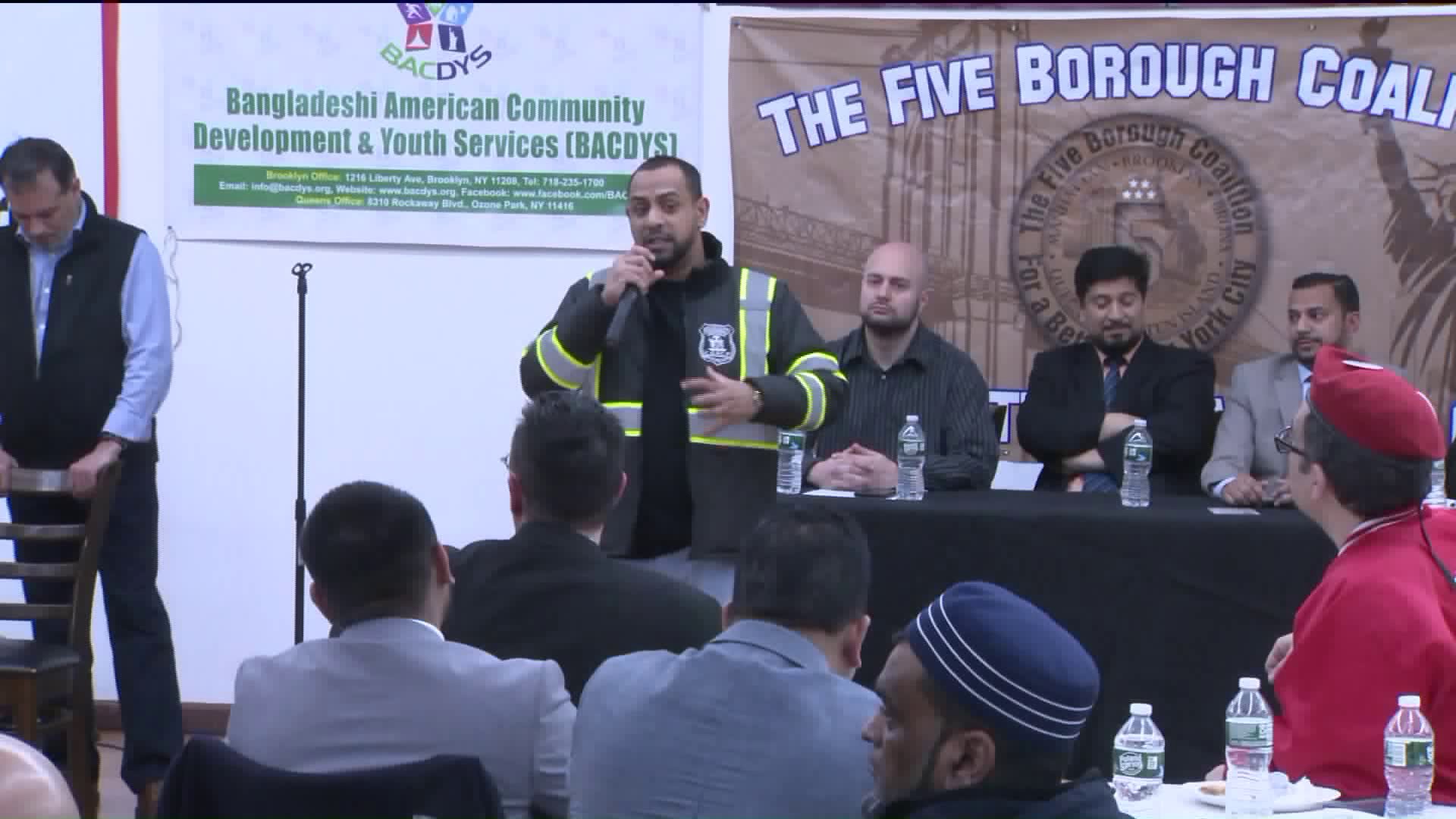 After an increase in robberies and assaults in Ozone Park members of the community are taking matters into their own hands.

OZONE PARK, Queens — After an increase in robberies and assaults in Ozone Park, members of the community are taking matters into their own hands.

The diverse community came together to pack the Deshi Senior Center Thursday night, sending a clear message: they’re going to fight back together.

“We can’t live like this,” said Assemblyman Mike Miller.

After a 60-year-old Bangladeshi man was robbed and beaten in broad daylight earlier this week, the Ozone Park community had enough. Community leaders called an emergency meeting with elected officials and police to put an end to the growing crime wave.

“We weren’t getting the attention that our community needed,” said Iqbal Ali.

The response comes after robberies and burglaries in the 106th Precinct were up more than 50% in January.

But those numbers might not tell the whole story.

That’s because Ozone Park is divided between three police precincts on the boarder of Brooklyn and Queens.

And some of the crimes against Bangladeshi residents go unreported because of the language barrier.

“The people who are immigrants, they’re afraid to speak and talk so for that reason we figured if we were out there we can speak to those people and encourage them to build a bridge with police and officials.”

The COP CP won’t have any law enforcement privileges, but they’ll serve as a neighborhood watch until police and elected officials find a better solution. But the Bangladeshi residents aren't the only ones impacted by the recent crime wave, which is why the Thursday night crowd looked as diverse as the rest of the community. And they said coming together is going to be the key to ending the crime spree.

“It’s working together and I think that will start ,” said Assemblywoman Stacey Pheffer Amato.

And those who met with police said the NYPD is committed to doing its part moving forward. The three precincts have agreed to increase patrols throughout the neighborhood, while elected officials have agreed to put more cameras in the most dangerous areas.