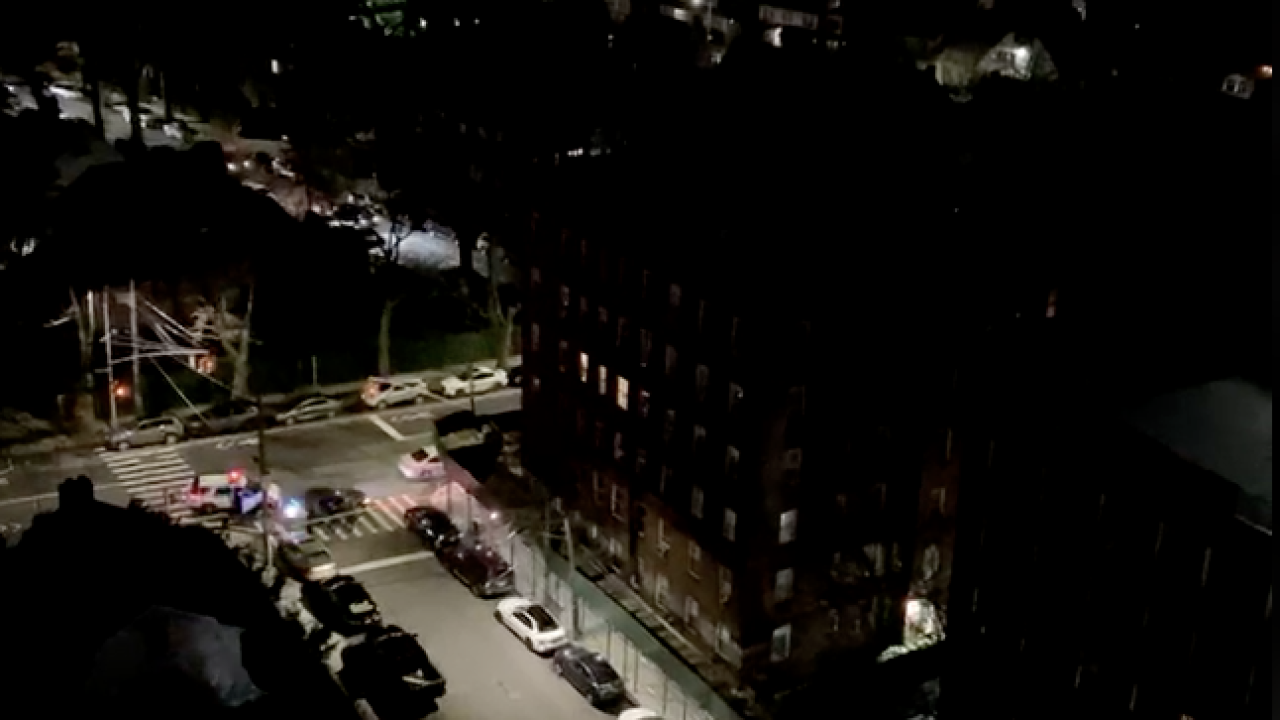 KEW GARDENS, Queens — A man is dead after multiple people were shot shortly after 1 a.m. Friday at a Queens hotel, likely making it New York City's first homicide of 2021.

The incident took place around 1:10 a.m. on New Year's Day when a dispute erupted in gunfire outside the Umbrella Hotel on Queens Boulevard in Kew Gardens, police said.

Officers responded and discovered three male victims at the scene.

A 20-year-old man who was shot multiple times was rushed to a nearby hospital where he succumbed to his injuries, authorities said. The identity of the deceased is pending proper family notification.

A 40-year-old man was shot in the torso, arms and legs and was hospitalized in critical condition early Friday.

The third victim was a 20-year-old man who was shot in the left leg and was hospitalized with what police described as non-life threatening injuries.

The Umbrella Hotel had briefly served as a shelter in the past and has been as a source of controversy in the community.

Police said no arrests have been made and the investigation remains ongoing.

Police sources said they're looking for between three and five suspects who fled the scene.