'Meant to take out the most lives': Gun ring busted in Queens in effort to stem NYC gun violence 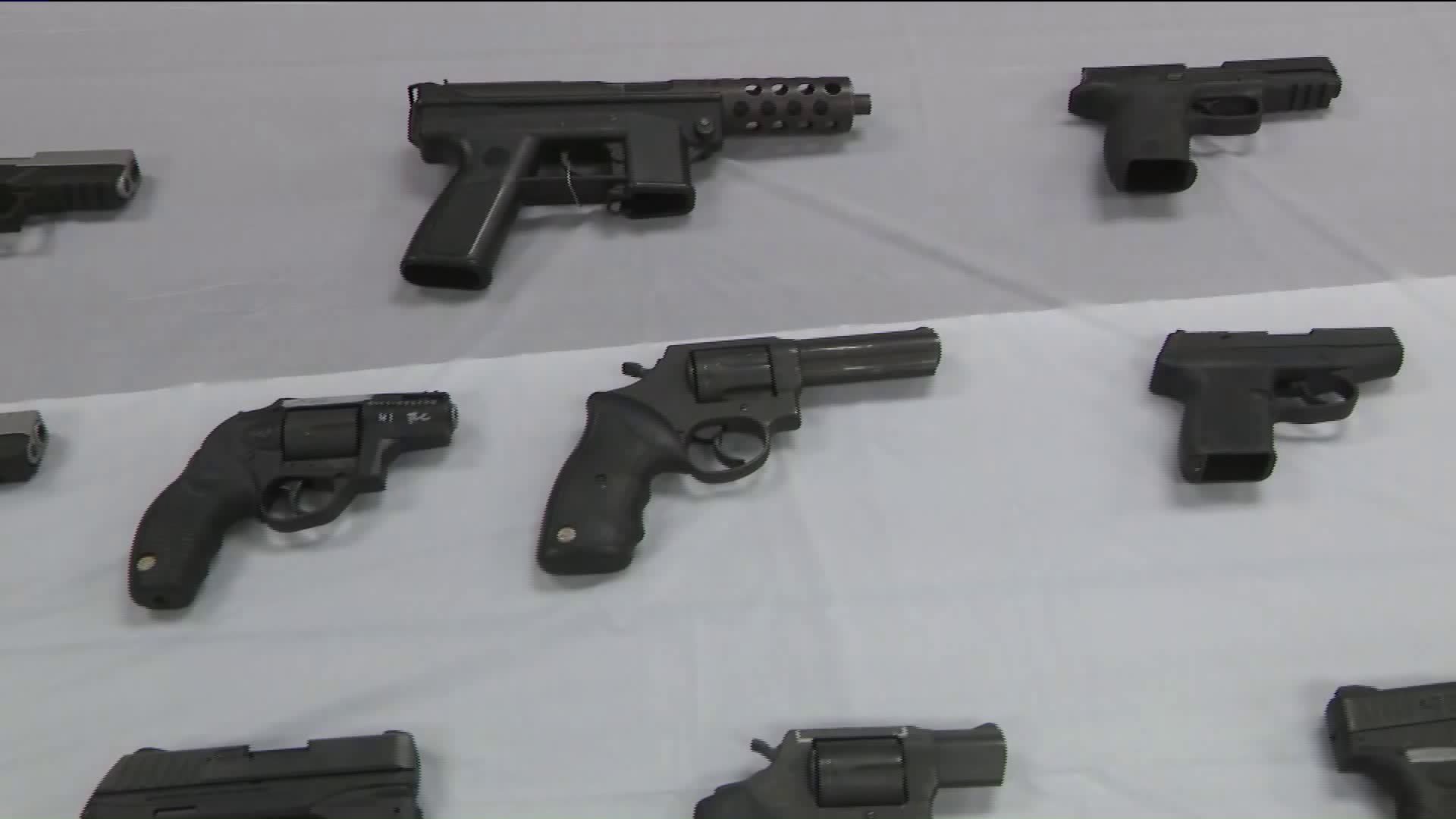 Investigators from at least three different law enforcement agencies in two states said that four people were part of the so-called Iron Pipeline that ferries highly dangerous, illegal weapons from the Southeast U.S. to the New York City area, with intent to do harm. 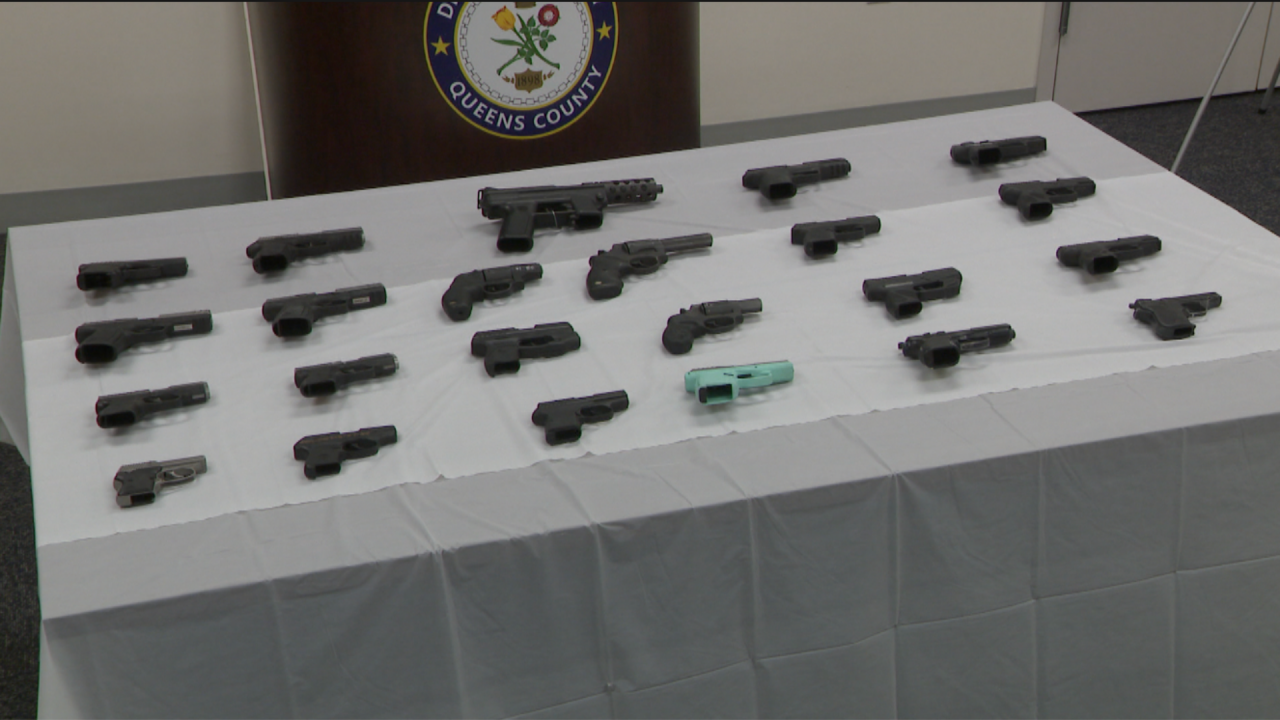 Four alleged gun traffickers — a woman and three men — in Queens and could spend years in prison.

Investigators from at least three different law enforcement agencies in two states said that four people were part of the so-called Iron Pipeline that ferries highly dangerous, illegal weapons from the Southeast U.S. to the New York City area, with intent to do harm.

Queens District Attorney Melinda Katz led a news conference Wednesday morning to discuss the law enforcement action and to show some of what had been seized over the course of the 10-month investigation.

"What you see before you are 23 weapons, obtained illegally," the DA said, referring to the firearms that investigators displayed on a table in front of her lectern.

One of the weapons, Katz pointed out, was a TEC-9 semiautomatic pistol, with its serial number defaced. It had been purchased undercover along with a 21-round magazine.

"Make no mistake," Katz said. "This weapon is meant to take out the most lives possible in the shortest amount of time."

Katz was joined by NYPD Chief of Detectives Rodney Harrison, and other top NYPD officials, including Brian Gill, the head of the department's firearm suppression unit. Gill said that trafficking busts like the one announced on Wednesday are clear examples of how law enforcement needs the community.

"Most of the cases start with a private citizen letting us know about someone selling guns in the neighborhood," Gill said.

In the case of the latest gun trafficking bust, dubbed Operation Tiger, somebody near the Ravenswood Houses notified police, which led to the long-term, detailed investigation.

According to the DA, Heyliger was the alleged principal dealer of the weapons, Benson was her alleged main supplier and Myree was an alleged backup supplier. King was allegedly Heyliger's salesperson.

"The buyer," Katz said, "was in fact a courageous and dedicated public servant, an undercover police officer who, by the way, was working during covid, during the pandemic, never missed a beat."

Harrison, the NYPD detectives' chief, added that the gun ring was part of a pipeline distribution network connecting Richmond, Virginia, where the guns were obtained, to New York City, where they were sold.

NYPD detectives were helped by Queens DA investigators, and police in the Richmond, Virginia area in the case.

Gonzalez said that this operation's wider effect may be greater than it appears at first blush.

"Usually these start as a tip of the iceberg, but they usually escalate into more organized crime," Gonzalez said in an interview via Zoom. "This is a significant arrest," he continued. "We did get quite a few dozen firearms with high capacity weapons off the street, and that's a win."

All four face charges of criminal sale of a firearm, conspiracy, and criminal possession of a weapon. Heylinger, Benson and King face up to 25 years in prison each if convicted. Myree faces up to 15 years if convicted.