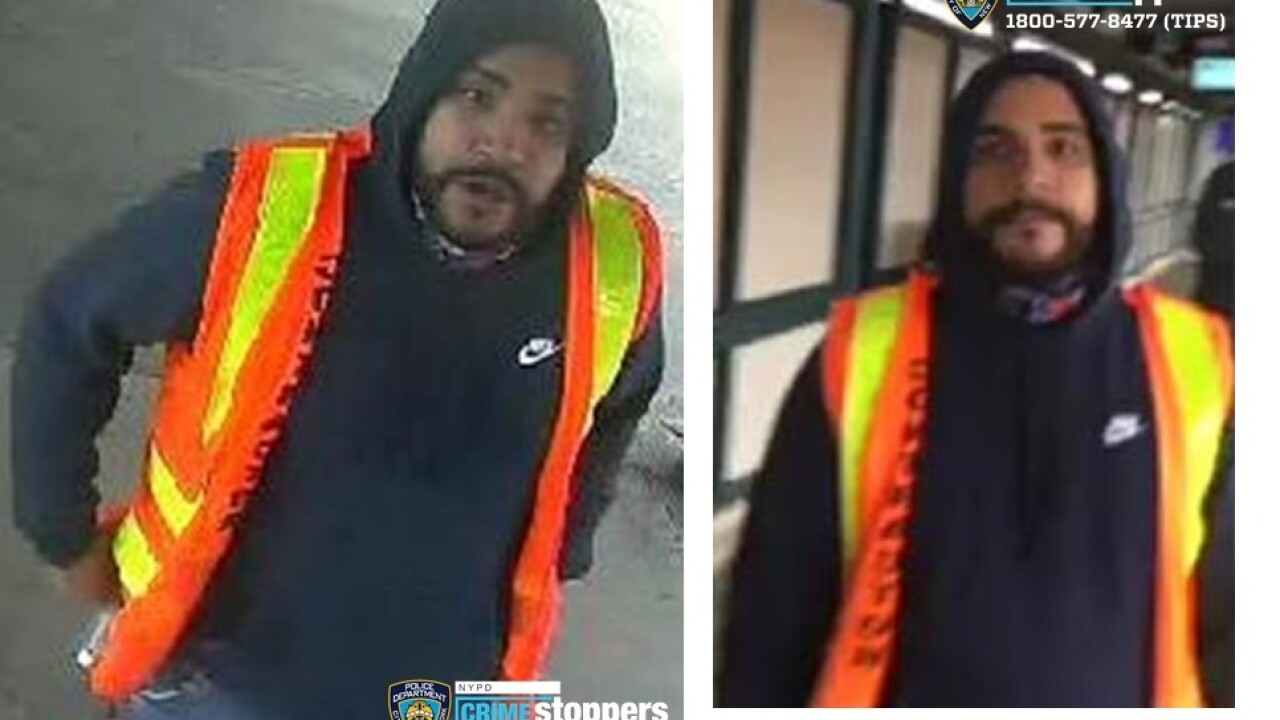 JACKSON HEIGHTS, Queens — A man is wanted for an assault in a Queens subway station where he appeared to don part of the uniform similar to that of an MTA worker, police said.

The incident took place on April 20 at 10:05 a.m. on the southbound 7 train platform at the 74th Street/Broadways station in Jackson Heights. A 53-year-old man was involved in a verbal dispute with an unidentified male wearing what looked like an MTA worker's vest. The man punched the victim in his face and knocked the cellphone from his hand.

The unidentified man fled to parts unknown. The victim, who suffered pain and bruising to his mouth, subsequently recovered his cellphone. He refused medical attention.

Anyone with information in regard to this incident is asked to call the NYPD's Crime Stoppers Hotline at 1-800-577-TIPS (8477) or for Spanish, 1-888-57-PISTA (74782). The public can also submit their tips by logging onto the Crime Stoppers website at WWW.NYPDCRIMESTOPPERS.COM, or on Twitter @NYPDTips. All calls are strictly confidential