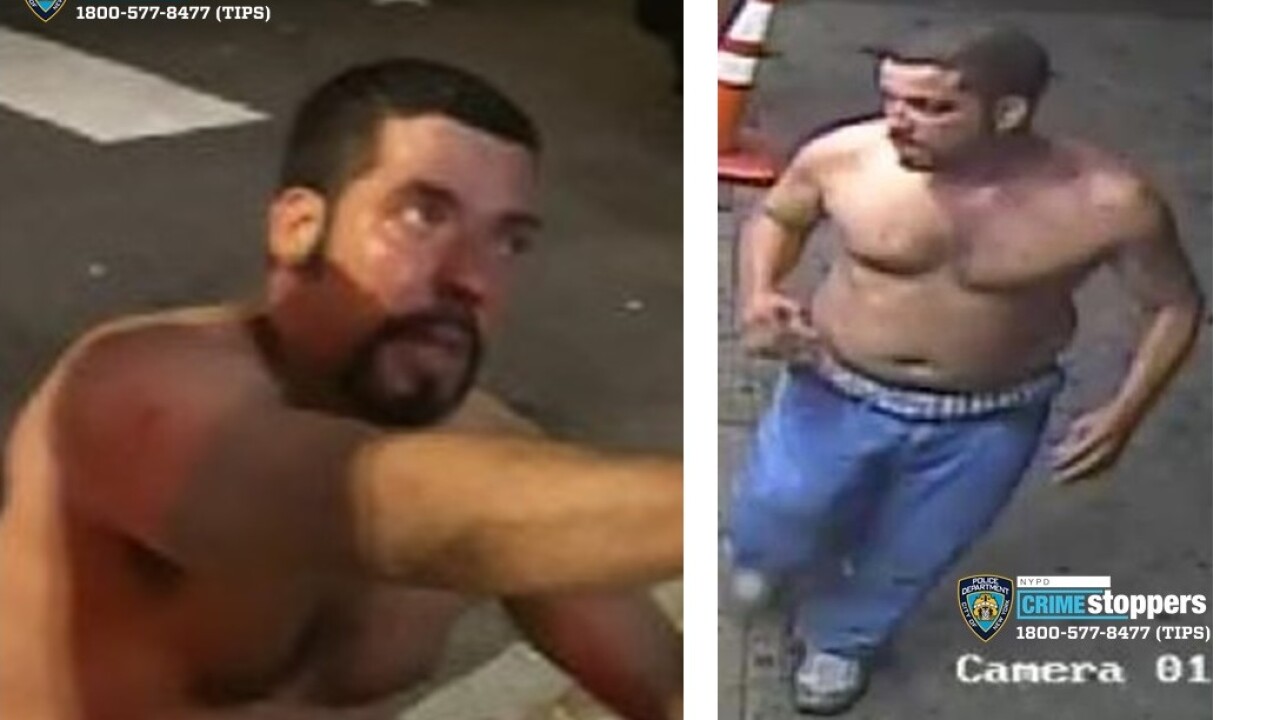 JAMAICA, Queens — A man is wanted for questioning in the death of a 76-year-old Queens man, according to police.

The incident took place last Saturday at 11:30 p.m. on the corner of Jamaica Avenue and 171st Street. The 76-year-old victim was found unconscious and unresponsive, lying on the ground with trauma to his head. He was transported to a local hospital where he was pronounced dead.

The man has since been identified as Jorge Cornejo, a man who lived nearby. The man in the photos above was seen in the vicinity of the incident shortly after it took place. No arrests have been made.

Anyone with information in regard to this incident is asked to call the NYPD's Crime Stoppers Hotline at 1-800-577-TIPS (8477) or for Spanish, 1-888-57-PISTA (74782). The public can also submit their tips by logging onto the Crime Stoppers website at WWW.NYPDCRIMESTOPPERS.COM, or on Twitter @NYPDTips. All calls are strictly confidential.