Man sought for punching woman in face during dispute on Queens subway: police 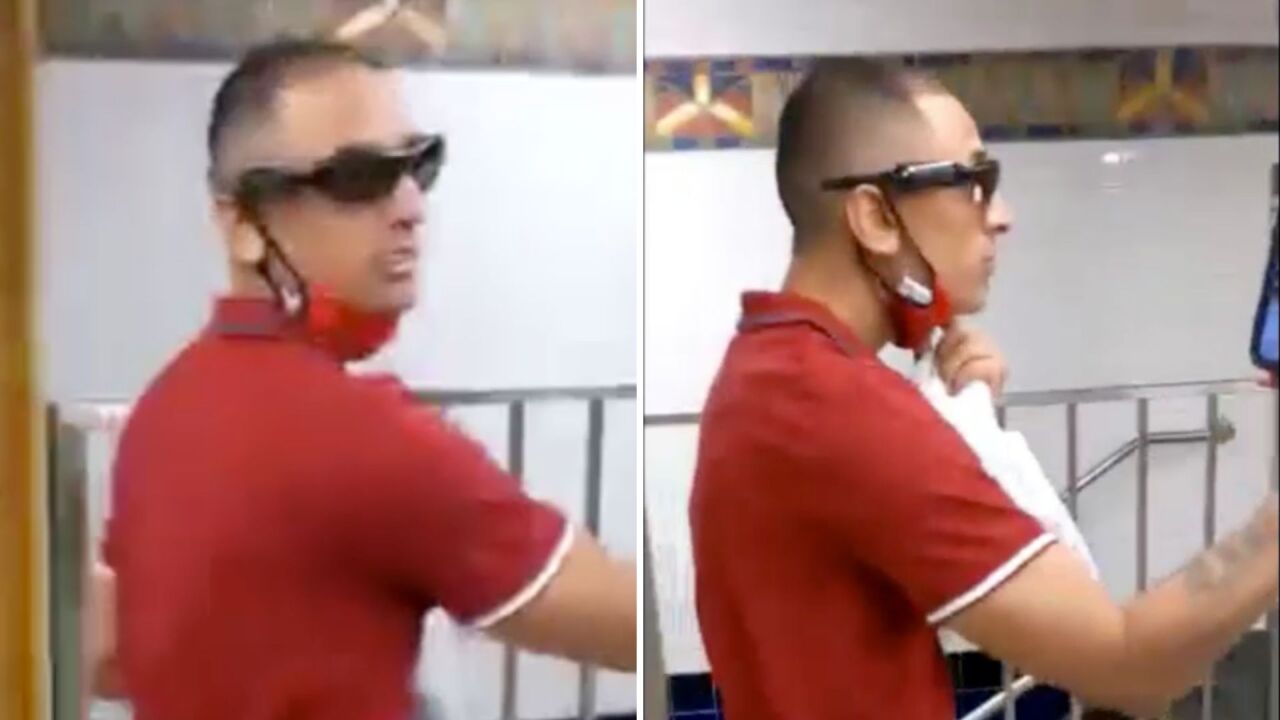 NYPD
Video images of a man wanted by police after allegedly punching a woman in the face during an argument on a Queens. No. 7 subway on Sept. 9, 2020.

FLUSHING, Queens — The NYPD is looking for a man they say punched a woman during a dispute on a subway in Queens in September.

According to police, the 32-year-old woman was riding an eastbound No. 7 train around 6:30 p.m. on Sept. 9 when she got into a verbal argument with an unidentified man.

As the train approached the Main Street station in the Flushing neighborhood, the dispute escalated and the man punched the woman in the face with a closed fist, police said.

The alleged attacker got off the train at Main Street and the victim followed him until she lost sight of him when he exited the station, authorities said.

The woman was taken by EMS to a nearby hospital for treatment of lacerations and bruising to her face.

The NYPD has released the above photos, taken by the victim immediately after the attack, of the man they are seeking.