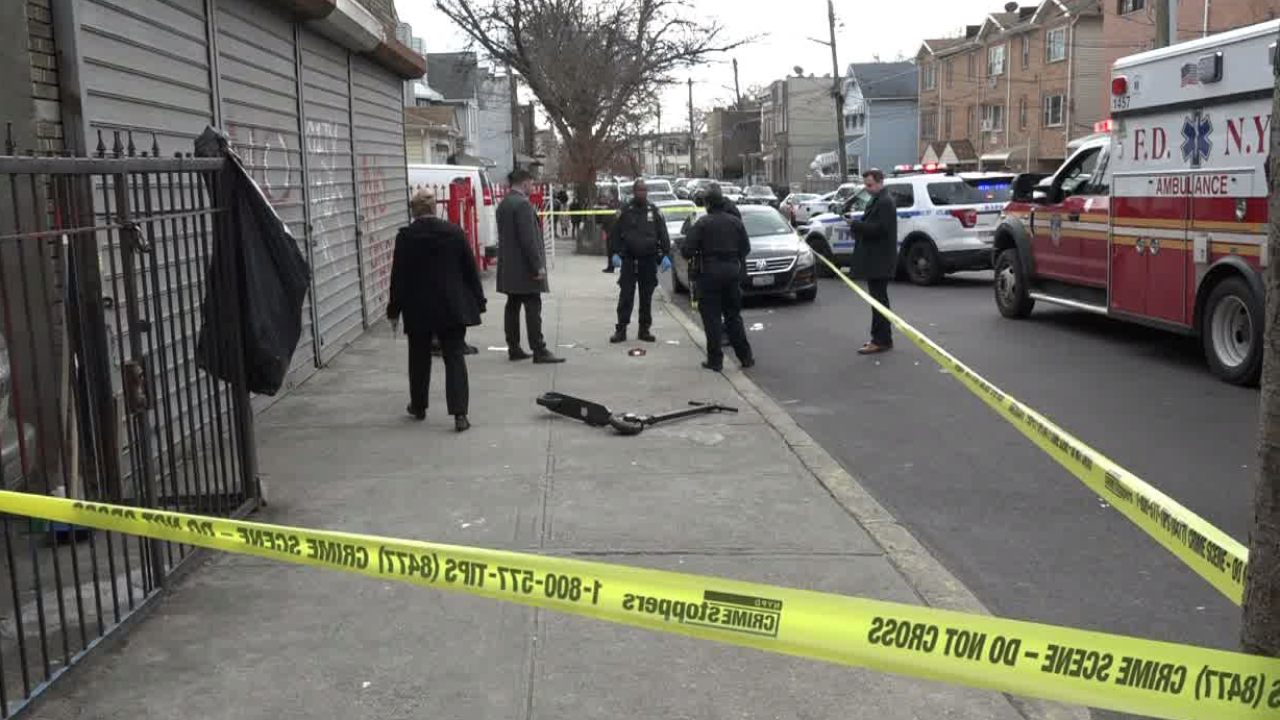 Police are investigating after a man was shot in Corona, Queens Feb. 8, 2020.

CORONA, Queens — A man was shot and killed in Queens in broad daylight Saturday, police said.

It happened around 2:20 p.m. in the vicinity of 101st Street and Northern Boulevard.

Authorities arrived to find a 34-year-old man shot in the left leg and torso, police said.

Video from the scene shows a scooter lying on the floor near the scene, but police could not confirm the victim was on the scooter.