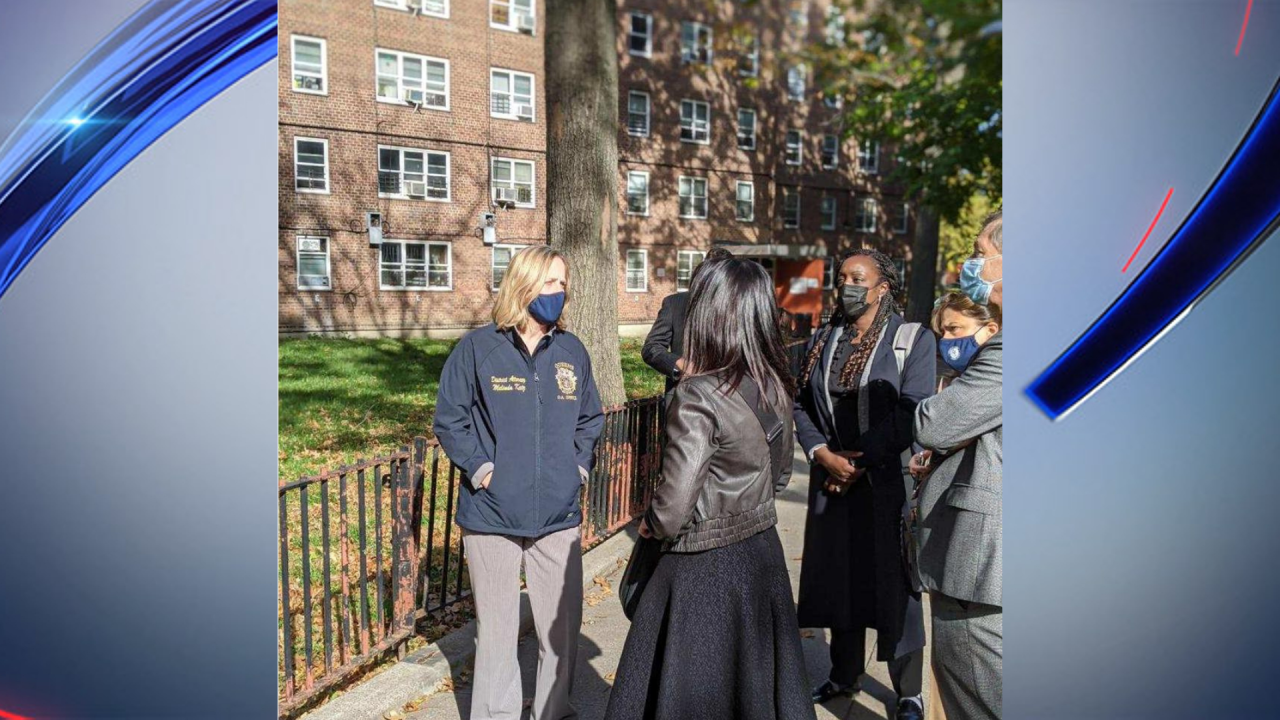 QUEENS — A New York man has been cleared after spending more than a quarter-century behind bars for a deadly robbery.

Queens prosecutors now say witnesses against Jaythan Kendrick weren’t reliable. They included a 10-year-old boy who has since recanted his testimony.

Kendrick walked out of a Queens courthouse Thursday, free for the first time since his arrest in the November 1994 killing of Josephine Sanchez.

The 70-year-old woman was stabbed in the back on the grounds of a public housing complex.

Kendrick told the court that “nobody really understands what it is to be in prison when you are innocent.”

“Mr. Kendrick’s case was submitted earlier this year to the Conviction Integrity Unit that I created at the start of my term,” said Queens District Attorney Katz in a statement Thursday upon filing a joint motion to vacate the conviction. “This case is a prime example of why the CIU exists. We can’t stand idly by when new evidence is presented that undermines confidence in an original jury verdict."

The case was submitted for review by the Innocence Project — nonprofit legal organization that is committed to exonerating individuals who it claims have been wrongly convicted — along with WilmerHale Law Firm. A CIU re-investigation found the new evidence, testing and witnesses.

Court records show that on Nov. 30, 1994, a 70-year-old woman was stabbed twice in the back by someone trying to steal her purse on the grounds of the Ravenswood Houses in Long Island City. Witnesses heard the victim, Josephine Sanchez, scream and looked out their windows.

A 10-year-old witness provided a description of the assailant, including his clothing and the direction he fled, to the police. Kendrick was detained by authorities several hours after the murder because he loosely fit the description provided by the 10-year-old child.

The child initially identified someone else when he viewed a live lineup which included Mr. Kendrick. However, after leaving the viewing room and under disputed circumstances, the 10-year-old changed his selection to Mr. Kendrick.

Kendrick maintained his innocence to the police but made several statements detectives felt were suspicious. During their investigation, police obtained a statement from a second witness who said he saw Kendrick fleeing the scene with a black purse under his arm.

“In addition to DNA testing, the CIU’s investigation included interviews of new witnesses and multiple crime scene visits by me and my team that demonstrated several trial witnesses were not reliable," Katz said. "Therefore, I have recommended Mr. Kendrick’s conviction be set aside and he immediately be released from prison.”