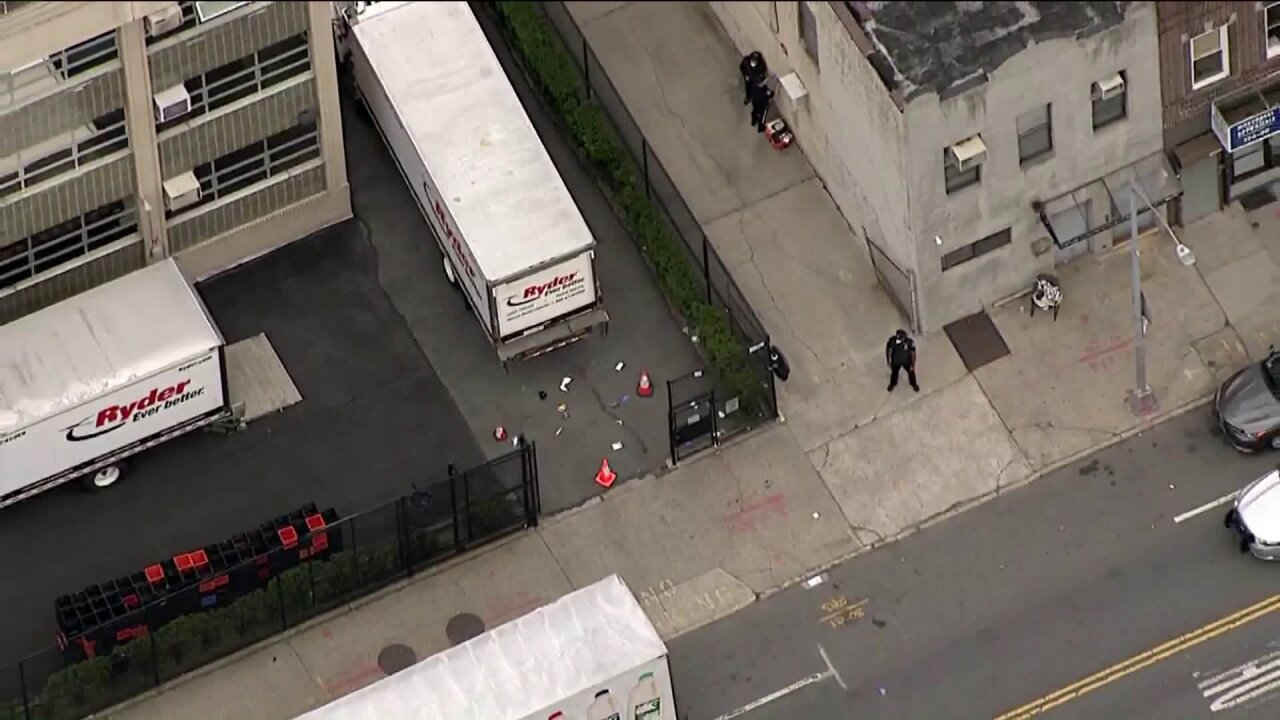 AIR11 / PIX11 News
A 49-year-old man was fatally struck by a box truck while attempting to cross a street in the Kew Gardens area of Queens early Monday morning, May 18, 2020, according to police.

KEW GARDENS, Queens — A man was hit and killed by a truck while crossing the street in Queens early Monday morning, police said.

According to authorities, the 49-year-old man was attempting to cross the street near the intersection of Metropolitan Avenue and 125th Street in the Kew Gardens neighborhood around 5:20 a.m. when he was struck by a box truck.

The man was pronounced dead at the scene, police said.

The truck remained at the scene and the investigation is ongoing, officials said. No arrests have been made at this time.

The victim's identity has not been released by authorities.