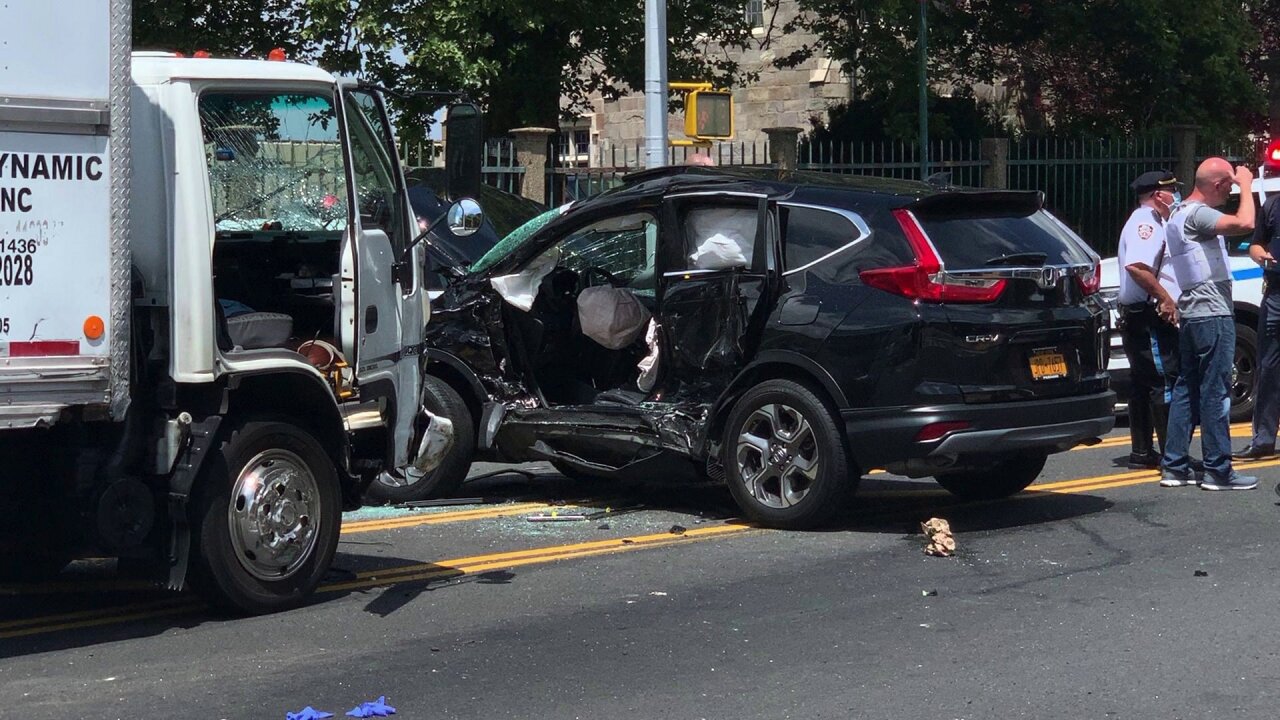 RIDGEWOOD, Queens — A man is dead after his SUV was struck by a box truck in Queens Tuesday, police said.

The incident took place at around 1 p.m. when a 37-year-old man operating a box truck eastbound on Metropolitan Avenue struck a Honda SUV going westbound. The 25-year-old man driving the SUV was taken to a local hospital, where he was later pronounced dead.

The driver of the box truck was arrested near the scene of the crash.

This is a developing story