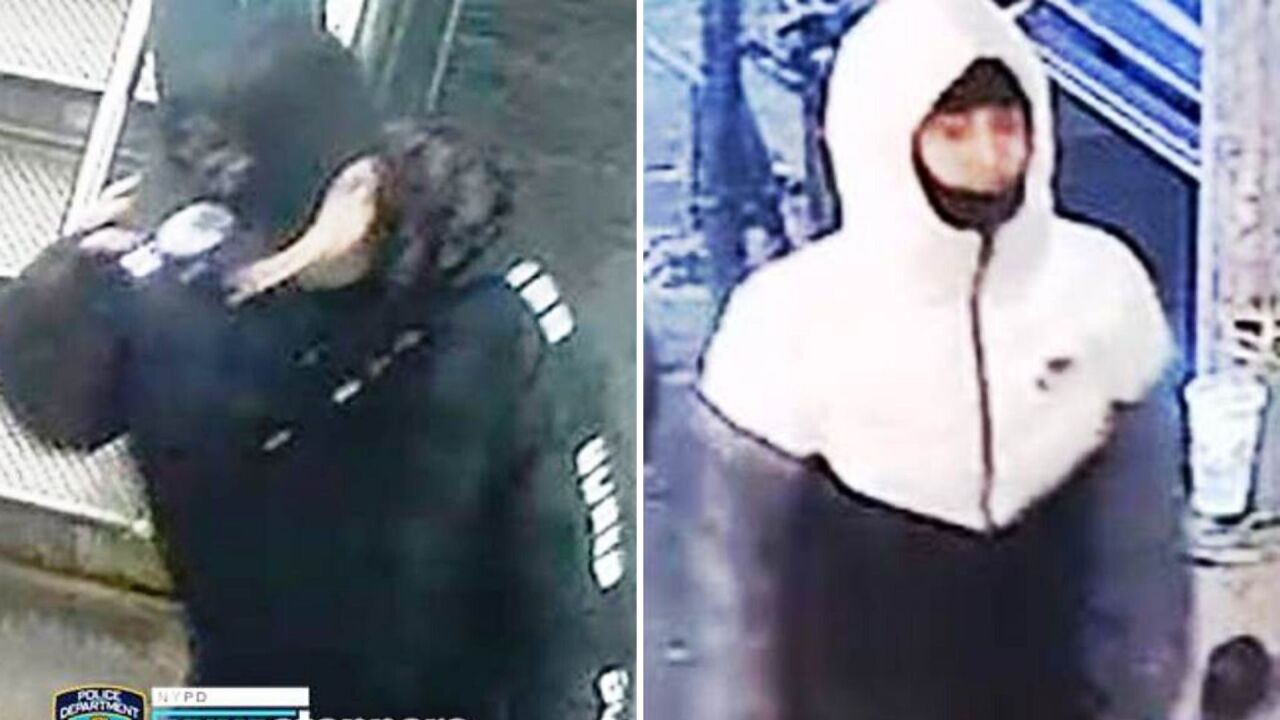 Police are searching for two men wanted in connection to a violent robbery in Ridgewood, Queens that occurred on Jan. 25, 2020.

RIDGEWOOD, Queens — Authorities are searching for two men wanted in connection to a violent robbery in Queens last week.

On Jan. 25, a 46-year-old man was walking along Palmetto Street near Seneca Avenue in Ridgewood when he was approached by two other men who demanded his property, police said.

When the victim refused, the men began to punch and kick him, causing a laceration to his nose, according to police.

The victim then fled the scene, and the suspects chased after him, cops said.

DUring the incident, the victim dropped his iPhone, which the men picked up and fled.

The victim sustained a facial injury, but refused medical attention.