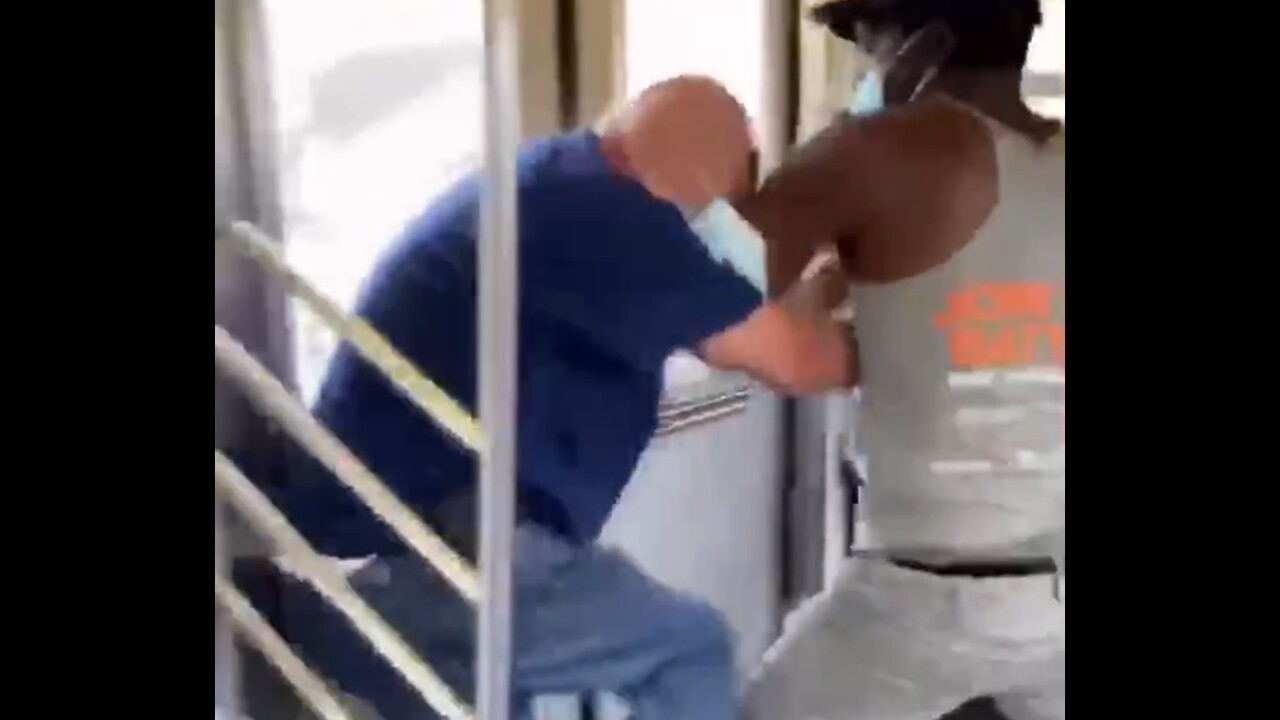 SUNNYSIDE, Queens — A Bronx man is facing charges following a stabbing attack on a subway train in Queens that was caught on video, police said Sunday.

Patrick Chambers, 46, is accused of stabbing and slashing the two men, who are in their 70s, onboard a No. 7 train near 52nd Street and Roosevelt Avenue in Sunnyside around 7:25 a.m. on July 5, according to the NYPD.

Police said the attack was unprovoked.

Graphic video of the assault was posted to Twitter on Saturday by the head of the Sergeants Benevolent Association, a union representing about 13,000 active and retired sergeants of the NYPD.

The video shows a man stabbing and slashing the two victims on the train. Eventually, he moves to another train car and a conductor is briefly seen before one of the victims holds up a slashed and bloody wrist, the video shows.

The victims, a 71-year-old man and 73-year-old man, were taken to NYC Health + Hospitals/Elmhurst for treatment.

NYPD Chief of Transit Edward Delatorre retweeted the video on Saturday, calling the stabbing a “heinous and unprovoked attack.”

Chambers was arrested shortly afterward, according to Delatorre. He is charged with two counts each of assault, menacing and criminal possession of a weapon, police said.