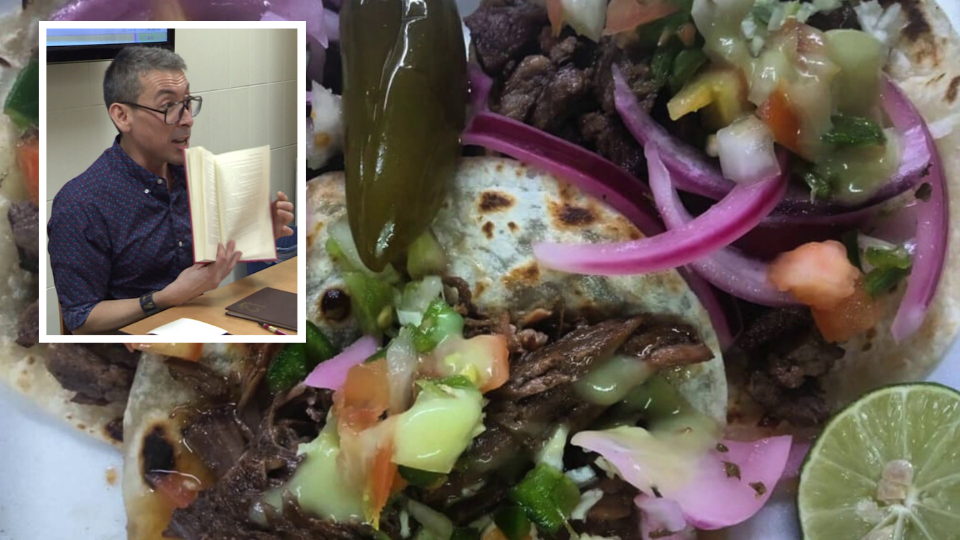 A professor is teaching a groundbreaking class in Queens about the way people approach Mexican cuisine and culture.

JAMAICA ESTATES, Queens — Homework can be tedious, but if you're a student enrolled in Steven Alvarez’ class at St. John’s University in Queens, it’s delicious.

The course is called “Taco Literacy.” Yes, you read that right - tacos. It’s where the quintessential Mexican dish is used as a vehicle to teach students about the culture as well as the socioeconomic issues facing many Mexicans.

While delving into the history of the food and people, students also come ready to eat. Chowing down and then writing a review about it via Instagram may be frowned upon in some circles, but it’s required in this one. Those reviews, their accompanying IG posts, along with essays, all determine the students’ grades at the end of the semester.

“It’s not just about if something is delicious,” Alvarez told PIX11. “There are ethical concerns both about, for example, the treatment of animals, but also the treatment of immigrant workers.”

On Monday, pan dulce - or sweet bread in English -was on the menu. The reactions around the room proved that no matter where you’re from, food connects us all.

It’s a theme Professor Alvarez said is the cornerstone of the class, especially at a time when the topic of immigration is a divisive one.

“I feel like I am now even getting closer to those people making the food, like the Mexican people who are making cemintas and the quesadillas and all those different foods.”

Using the research he’s compiled for the course, Professor Alvarez eventually plans to write a book which will focus on Mexican food across the five boroughs.