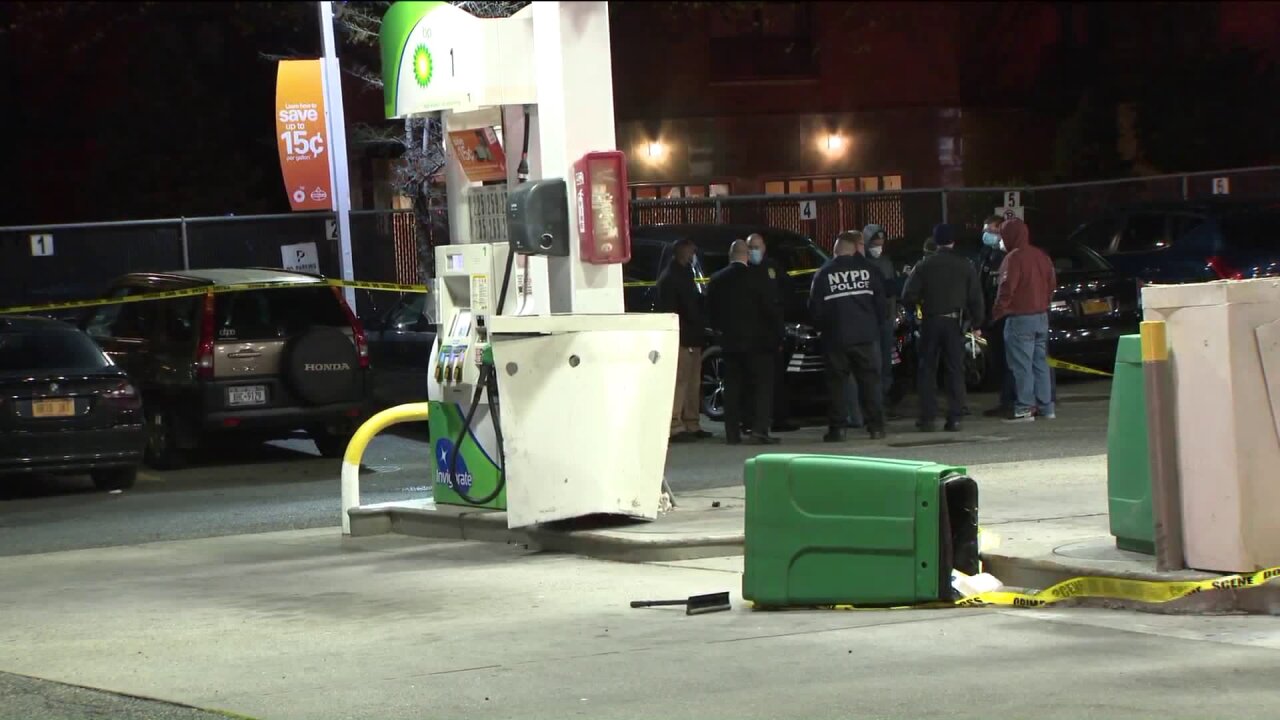 PIX11 News
Scene at a Queens gas station after a Nassau County Police detective was injured when a vehicle struck his leg on Wednesday, April 22, according to the NYPD.

CORONA, Queens — A Long Island cop's leg was injured when he was struck by a vehicle at a Queens gas station overnight, the NYPD said.

According to the NYPD, the Nassau County Police detective was apparently sitting on a vehicle around midnight at a BP gas station on the Long Island Expressway, right near 99th Street, in the Corona area of the borough.

The driver in that vehicle then began driving, hitting the officer in the leg and and injuring him, police said. The detective was taken to a local hospital for treatment of what seem to be non-life-threatening injuries.

One suspect is in police custody but there may be another person cops are looking for, authorities said.

The NYPD said that Nassau Police are leading the investigation, as it involved one of their officers.

PIX11 has reached out to the Nassau Police but has yet to hear back with more information.