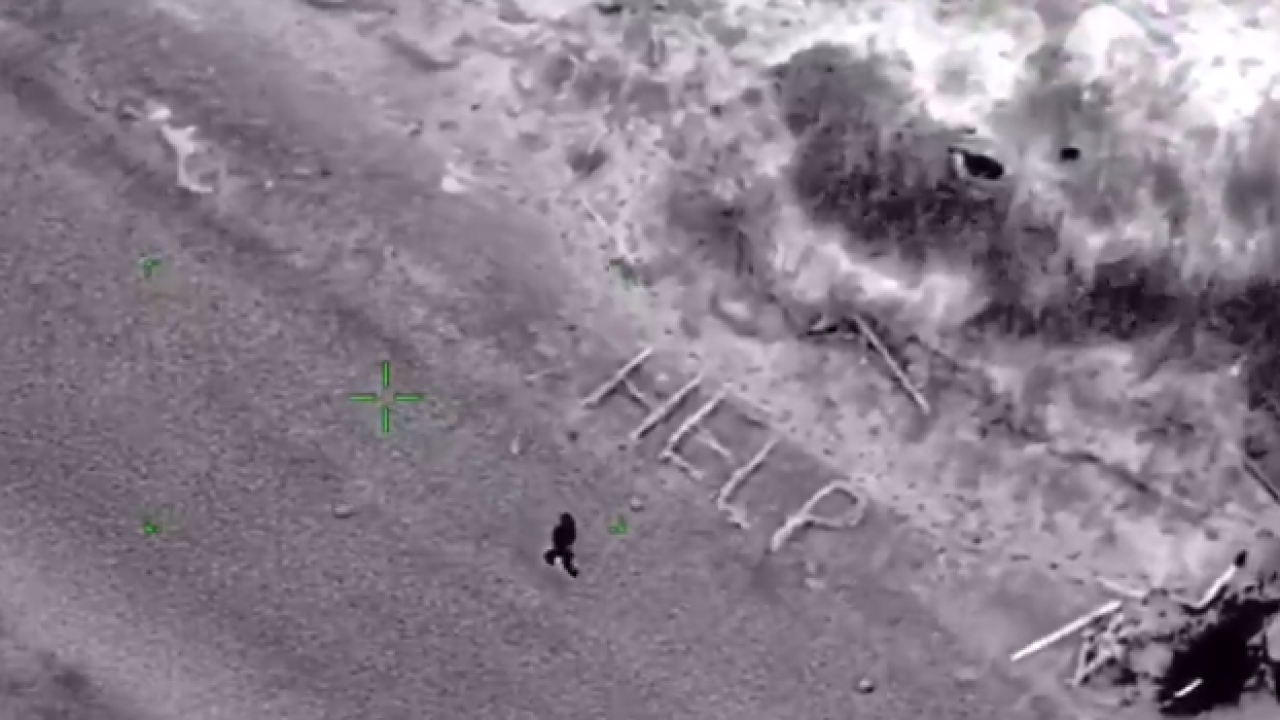 NYPD Special Operations
A kayaker was rescued from an island in Jamaica Bay on Friday, April 17, 2020, according to the NYPD

QUEENS, N.Y. — A kayaker was rescued from a remote island in Jamaica Bay on Friday, according to the NYPD.

The man, who was uninjured, had been missing for more than 12 hours, police said.

He was able to catch the attention of an NYPD helicopter using a fire and spelling out "HELP" with sticks.

The NYPD released video of the man signaling for help on Friday. The video showed an NYPD helicopter landing on the island and someone running out to greet the stranded man.

A kayaker takes social distancing to the next level. #NYPD Aviation found the uninjured male stranded on a remote island in Jamaica Bay, Queens. Missing for over 12 hours the male signaled for help by starting a fire & spelling out help using nearby sticks before being found. pic.twitter.com/cqYqz8tLFG