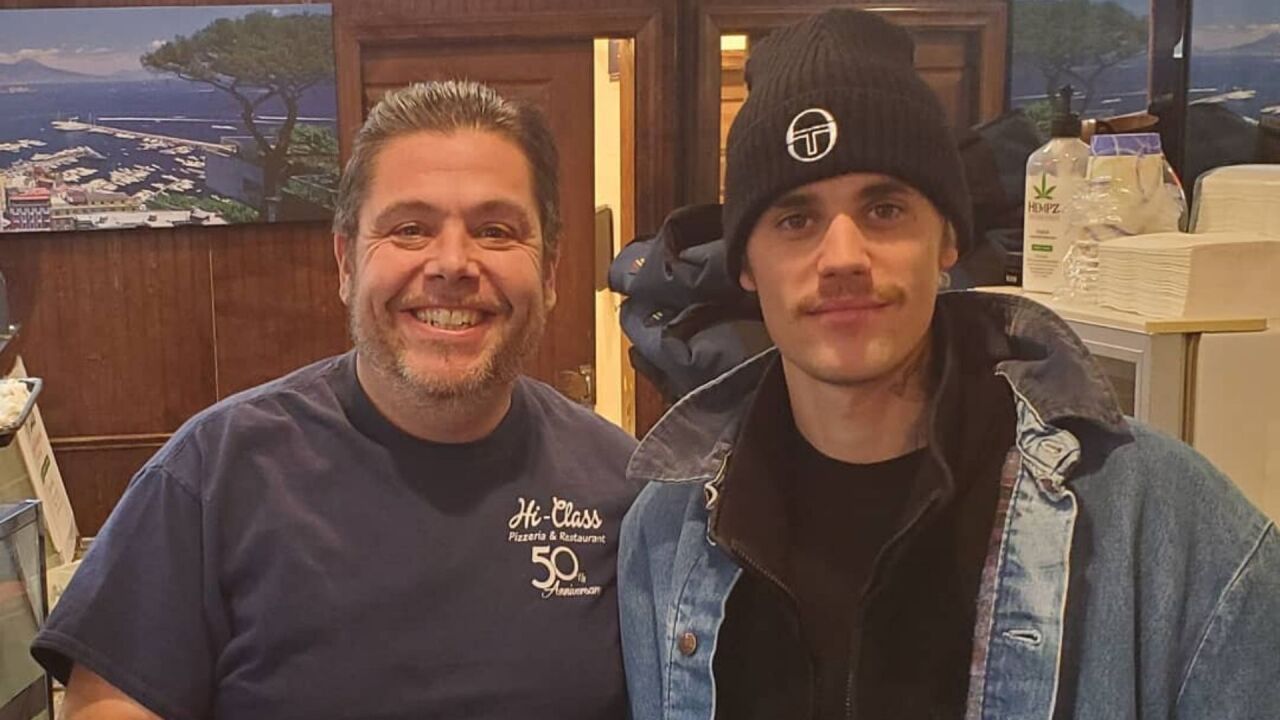 Hi-Class Pizza on Facebook
Justin Bieber stopped by Hi-Class Pizza in Queens when he had a hankering for a slice Sunday night, Jan. 19, 2020, according to a Facebook post from the pizzeria.

BELLROSE, Queens — Pop star Justin Bieber stopped by a Queens pizzeria Sunday when he had a hankering for a slice.

The star dropped in himself at Hi-Class Pizza in the Bellrose neighborhood Sunday night.

Hi-Class owner Dominick Onesto told Page Six that the singer "asked if we had anything gluten-free."

Bieber announced his gluten allergy on social media back in October, calling it the "worst news ever" at the time.

The "Yummy" hitmaker even took time to pose for a photo with the staff, which he also posted on his own Instagram. That photo has racked up nearly 2 million likes so far.