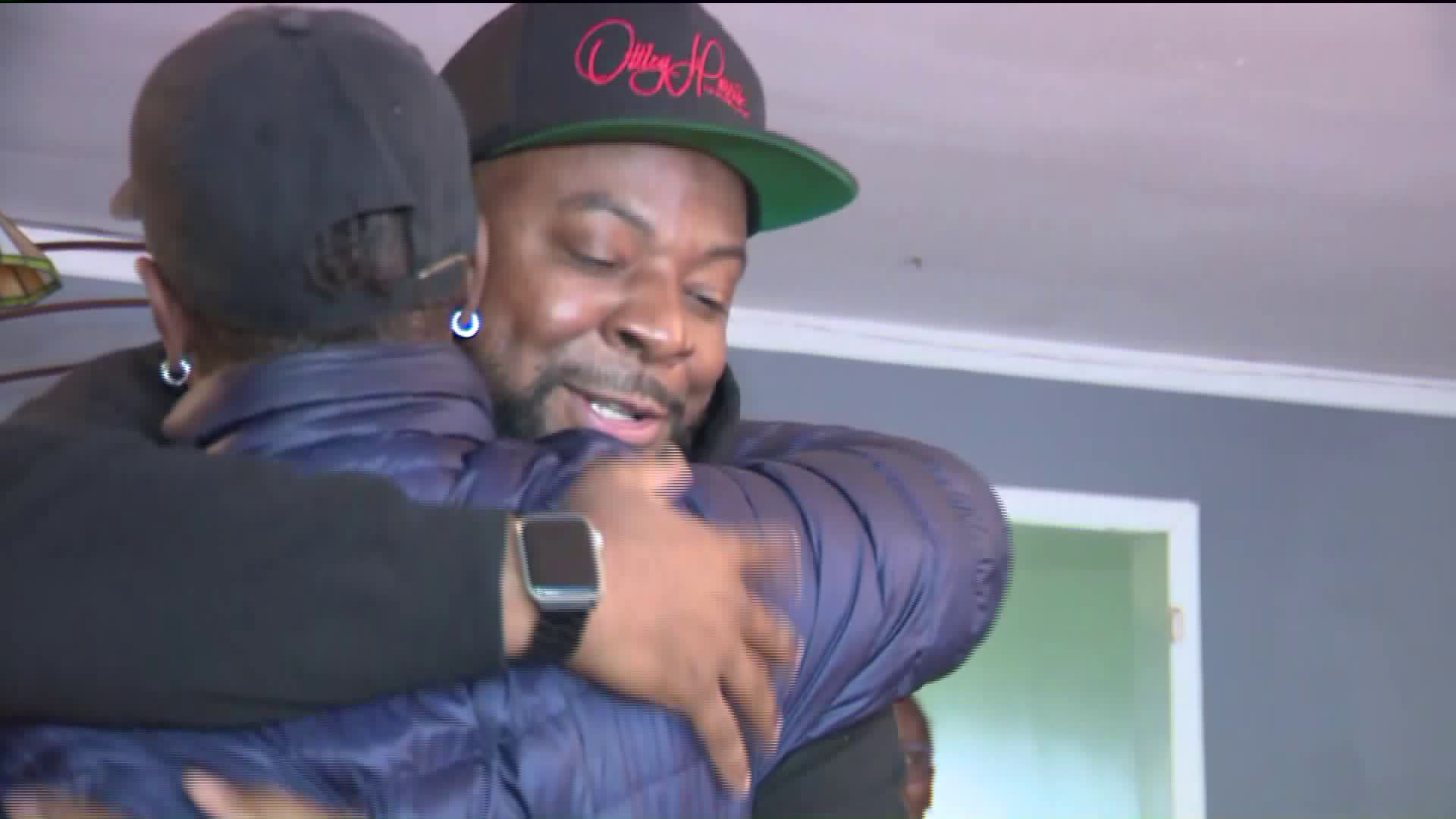 “We did everything we could. No one stopped, no one gave up, people prayed for her,” she told the grieving family.

SOUTH OZONE PARK, Queens — There were hugs, cries and laughs Saturday as the brothers who lost their mother after she got sick on a JetBlue flight Monday met a passenger who was on the plane when Ingred-Denny Boyce went into cardiac arrest.

The good Samaritan, who’s also Bajan, didn’t want to be identified, but did want to meet the family of the 64-year-old victim after seeing the story on PIX11 Friday.

“We did everything we could. No one stopped, no one gave up, people prayed for her,” she told the grieving family.

She wanted to let the family know that everyone on the flight from Barbados to JFK — from the passengers to the flight attendants — helped the mother of three.

According to the woman, they did CPR and chest compressions. They held the dying woman's hands and never left her side, even after the plane landed.

She met with the family at their home in South Ozone Park, Queens on Saturday.

“I feel a little bit better," said Ottley Parris, one of the woman’s sons. "They saw something happen. They jumped in to try to help her."

He was joined by the victim's other son, Terry Denny.

“We’re glad you guys were there for her. You were meant to be on the same flight,” Denny said.

The woman who lent a helping hand, and even got down on her knees and performed CPR, gave the family a little gift to warm their hearts in this difficult time: a pink cactus plant.

“It was my mother’s favorite color,” said another family member.

Now, as they're forced to bury their mother, a nurse of 40 years and the glue that held their family together, the brothers tell PIX11 they can celebrate her life now, knowing exactly what happened on that plane.

“She was traveling by herself, but she wasn’t alone — people were fighting for her,” said Parris.

Friday night, the family told PIX11 JetBlue never contacted them to alert them to what was happening, even after the plane landed. They were waiting for a call from Boyce saying she landed, and instead, got a call from Jamaica hospital hours later, saying she was dead.

JetBlue has not commented on that, or provided information on what the protocol is when there is a sick passenger on their aircraft, despite multiple attempts by PIX11 to reach out to the airline.

They did release a statement saying: “We have connected with our customer’s family to offer our condolences and any support they may need.”