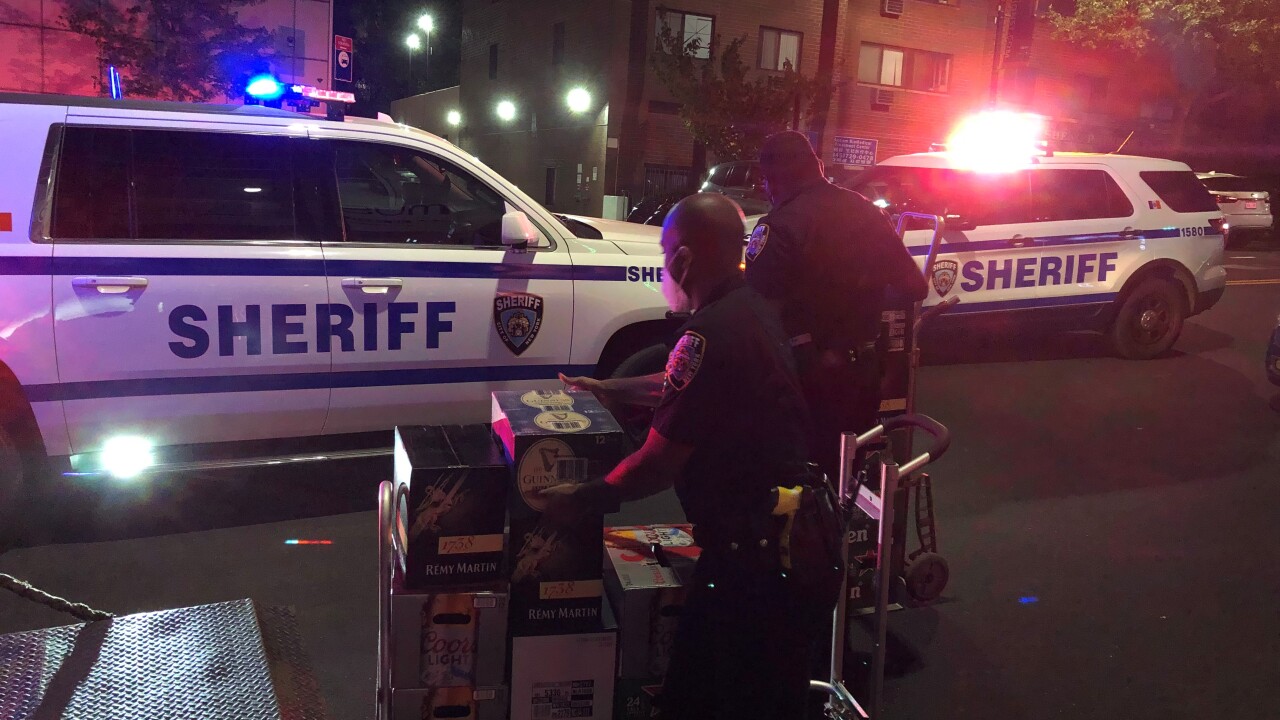 FLUSHING, Qeens — A Queens bar operating outside of the law was shut down by the New York City Sheriff's Department early Saturday.

The shutdown took place at 2:33 a.m. on Union Street in Flushing. The sheriff's department reported 75 people inside with only one means of egress, no liquor license and in violation of the emergency orders brought on by the coronavirus pandemic.