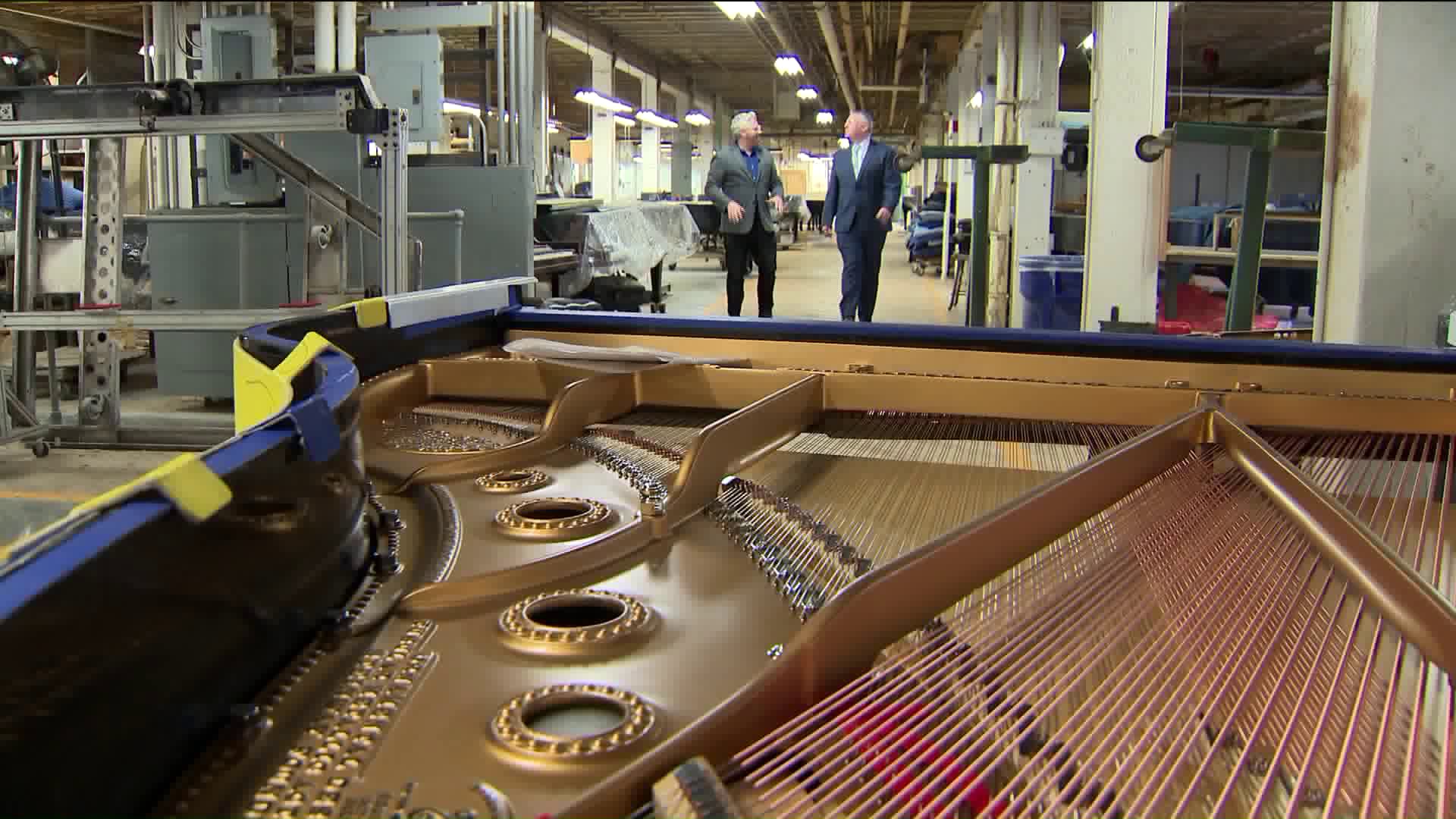 An old tune sounds as good as new because of some artists in Astoria, Queens. Greg Mocker reports.

ASTORIA, Queens — An old tune sounds as good as new because of some artists in Astoria, Queens.

Steinway & Sons has been in business since 1853. They have been restoring and building pianos at the corner of 19th Avenue and 38th Street in Queens for more than 150 years.

Recently, they restored the piano that belonged to Cole Porter when he lived at the Waldorf Astoria Hotel in Manhattan on Park Avenue and 50th Street in the 1930s.

It has been returned to the new residential sales gallery at The Towers of the Waldorf Astoria, which is undergoing a major reconstruction project.

The famous composer and songwriter created memorable tunes that have been well known since the 1950s from movies and Broadway.

Steinways & Sons built the original piano in 1908. The factory is still in use today and employs 250 people.

"Every piano has its own story. I treat the piano as if I own it and after it's done it goes to customer," says Joseph Guarascio, a second-generation craftsperson at Steinway & Sons.

He said he doesn't play them. He builds them and rebuilds them.

"The city grew up around Steinway," says Anthony Gilroy with Steinway and Sons.

It takes from six to eight months to restore one, and they're also building a thousand new ones each year.

Joseph DiMambro has worked there for 40 years.

"Sometimes you look from a different angle and you see different stuff. You get to see the finish product and hear it. You take pride in your job, you know what I mean?" he says.

Pianist Simon Mulligan sat down one day at the keys of the restored Cole Porter piano in the lobby of the residential sales center at The Towers of The Waldorf Astoria.

"The piano gives back in a weird way, it speaks it has that old soul," he says.