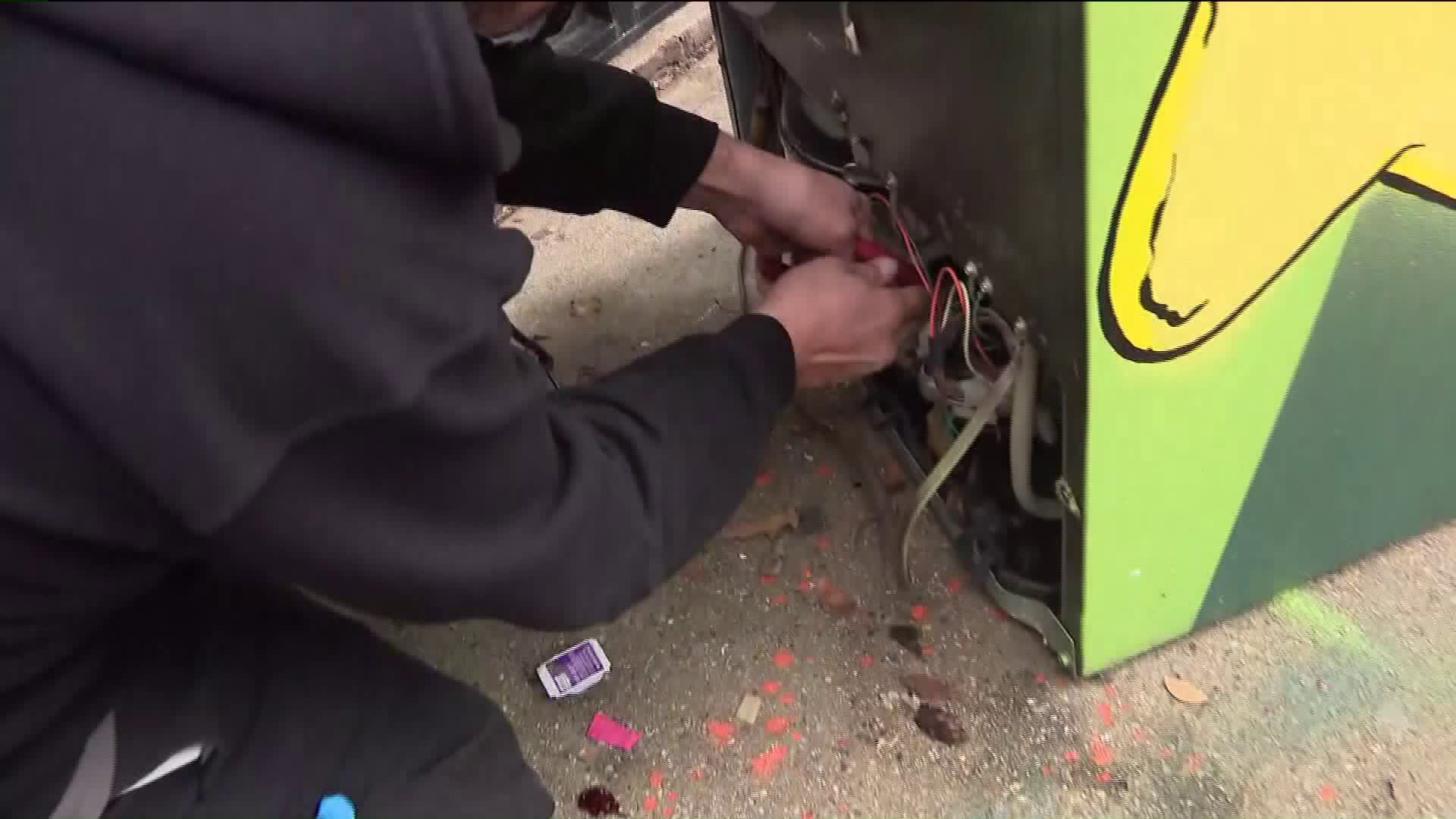 A Queens community fridge that had been vandalized was fixed by community volunteers.

EAST ELMHURST, Queens — Thousands of dollars were raised, and repair services volunteered, for a Queens community fridge vandalized and destroyed over the weekend.

It may look like just a fridge, but it means so much more to the East Elmhurst community. It fills the needs of so many people facing food insecurity, especially during the pandemic.

It was vandalized Saturday, with the destruction documented on Twitter.

“Its a shame," said Ernest Smiley of East Elmhurst. "They are trying to help people in the neighborhood and some knuckleheads do this. It ain’t right."

The community fridge outside our district office was vandalized and destroyed last night. So many of our neighbors depend on the generosity of other neighbors to get through these difficult times. Now this lifeline is gone. I’m heartbroken. pic.twitter.com/NACU1M5hI5

What happened next was quite extraordinary.

By Monday afternoon, over 35,000 dollars were raised to repair and fill the fridge.

But there’s more. Andre Gil, the owner of Gb Repairs of East New York, disgusted by what he saw on TV, brought his dad and his tools and got to work.

“What happened was terrible, but we were able to count on our neighbors. We got over a thousand donations, Gb repairs came through and fixed the fridge. Now we don’t have to but a new fridge, and we can use that money to buy food,” Ramos said.

The community fridge now a symbol of not just hope but the resilience of this community.