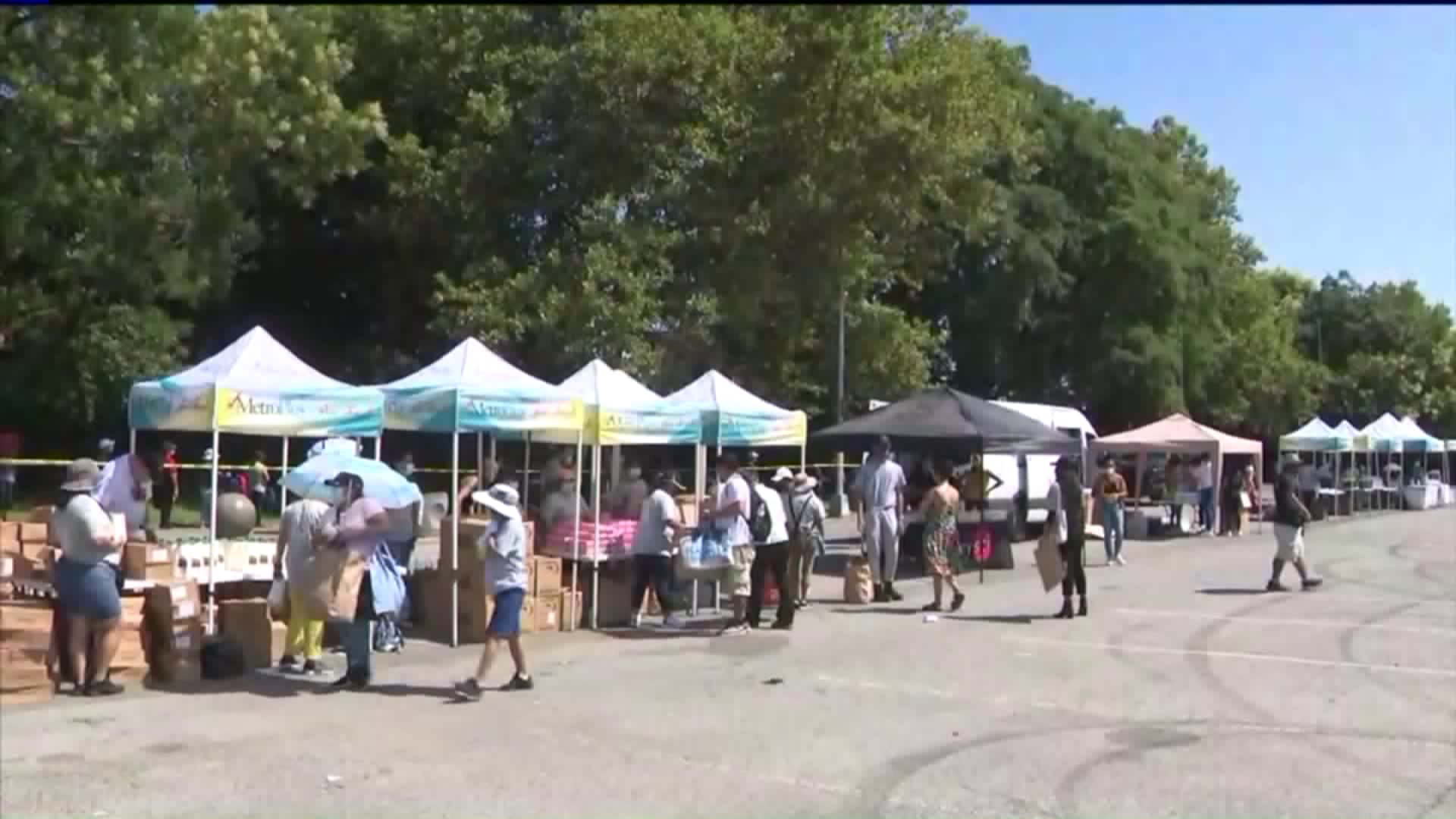 the 14th week in a row, State Senator Jessica Ramos was on hand to distribute fresh produce and hot meals in Corona, one of the neighborhoods hit hardest during the pandemic.

CORONA, Queens — For the 14th week in a row, State Sen. Jessica Ramos was on hand to distribute fresh produce and hot meals in Corona, one of the neighborhoods hit hardest during the pandemic.

Ramos is trying to address the hunger and food scarcity crisis in Queens.

In the past month more than 400,000 pounds of fresh produce, meat and dairy have been given out to 13,000 New Yorkers, but the program here at the New York Hall of Science is ending today.

“Our program will now be absorbed by several pantries in our area,” Ramos told PIX11 News. “Community and mutual aid groups and will continue to distribute local food we are getting from farms."

There were also thousands of meals prepared fresh by local street vendors as well as COVID-19 diagnostic and antibody testing and census information here in this parking lot.

It was a big help to struggling Corona residents.

“I like coming out here and getting stuff like milk and cheese,” CeCe Cuddon, a Corona resident, told PIX11 News. “They also give out hand sanitizers and masks, which is great."

So many here at this food distribution today are worrying about their enhanced jobless benefits which expired overnight.

Democrats and Republicans are still far apart, but may be inching closer to a deal. The Democrats want to extend the $600 weekly benefit through January while Republicans want to cut it to $200 until states implement plans that replace 70% of laid off workers wages.

“We had the longest meeting we had and the most productive,” Schumer told reporters. “We had a serious discussion and went down piece by piece and saw where each side was at."

The House Speaker highlighted how immediate need was.

“We have to get rid of this virus, open our economy, safely reopen schools and do so in a way that doesn’t give a cut in benefits to America’s workers,” she said.

No deal was reached with the group and talks have ended for the day. The group will meet again on Monday and members of their staffs will be meeting tomorrow.