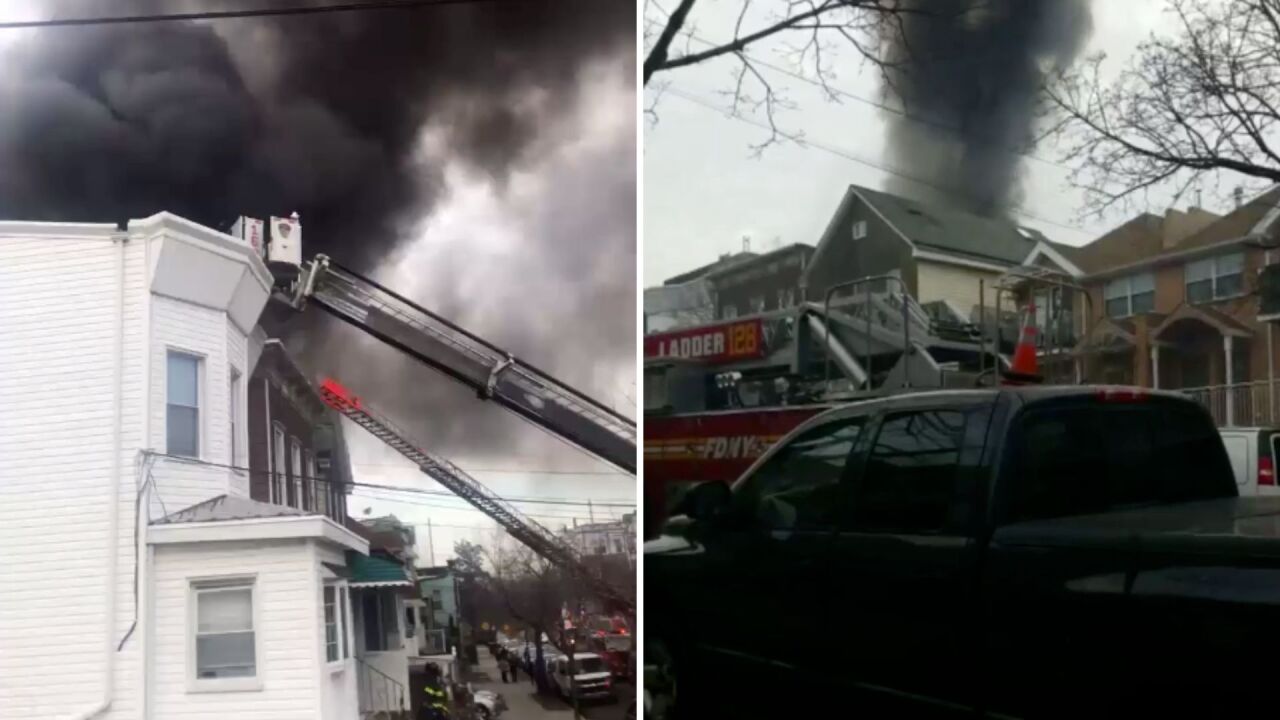 WOODSIDE, Queens — One person is dead and four others were injured in a blaze at a Queens home Tuesday, fire officials said.

The fire broke out around 3:25 p.m. on the second floor of a house at 39-30 56th St. in Woodside, before spreading to a second building, according to the FDNY.

Sources told PIX11 that authorities believe the fire likely from a burning cigarette.