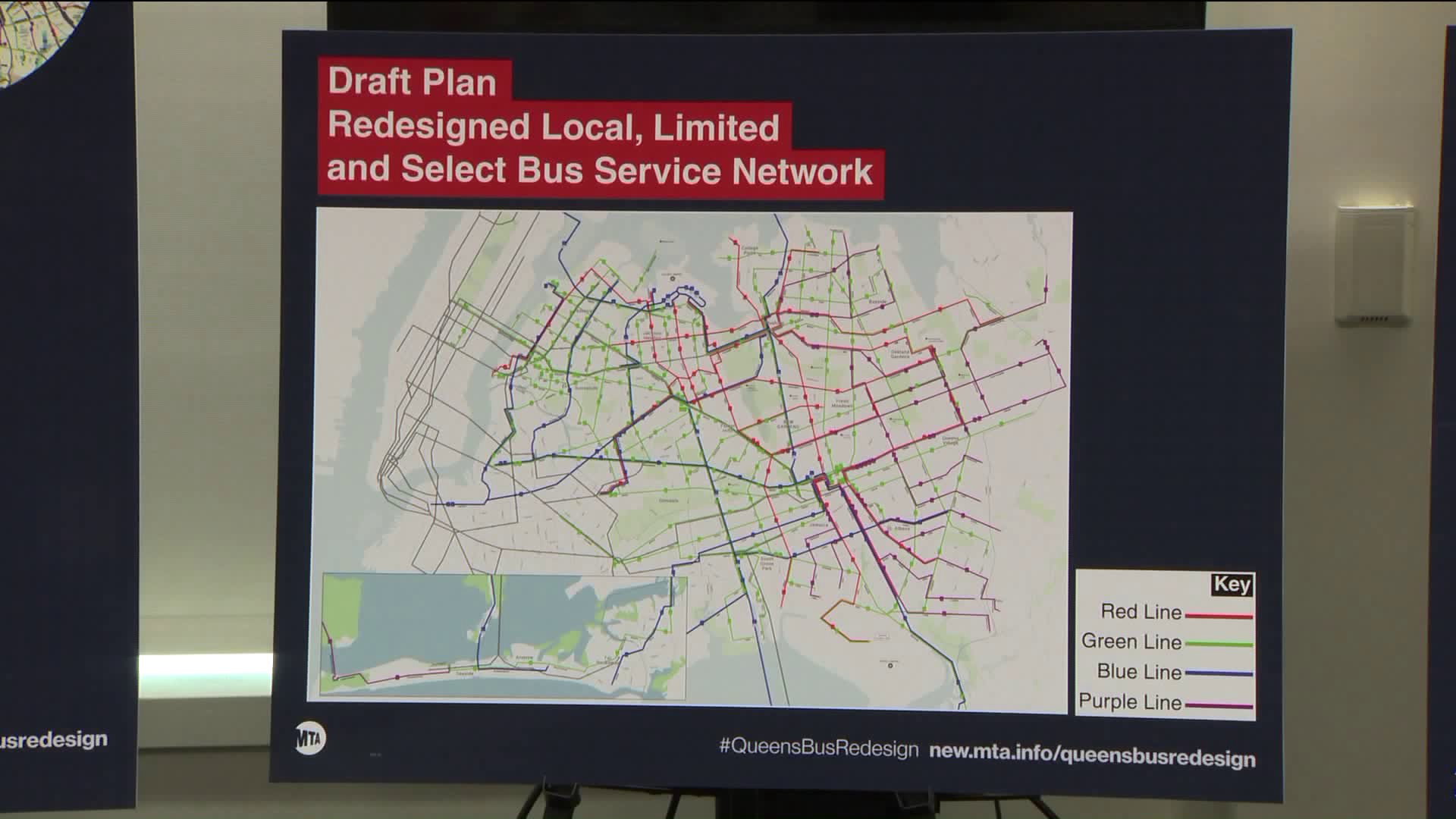 Transit officials are preparing to take their show on the road again.

QUEENS — Transit officials are preparing to take their show on the road again.

The Queens Bus Network Redesign was issued two weeks ago. It is a first draft based on public meetings and comments. More sessions are scheduled in the coming month.

At a presentation Friday afternoon for reporters, NYC Transit officials said they would be adding two additional meetings in Bayside and Bellerose, Queens, set for Feb. 20 and 27, each beginning at 7 p.m.

Eight other sessions are set to take place, with the first on Jan. 21 from 6 p.m. to 8 p.m. at the Greater Ridgewood Youth Council.

This is first reconfiguring of all city bus routes in about a century. The goal is to speed up service, make sure routes reflect development and improve connections.

Jim Burke, who lives in the Rockaways and Jackson Heights, is working to help get the word out to his fellow riders. He hopes people will take a look at the plan, attend the sessions, comment on-line and contact elected officials.

They wish the agency would be able to include specific new places for bus lanes. NYC Transit says it is working closely with NYC DOT and NYPD, especially on enforcement of bus lane violations. More cameras are being added after a new law was passed last year.

More than 500 riders have signed a petition on change.org against using a distance formula to remove bus stops.

MTA Bus Chief Officer Operations & Planning Mark Holmes, who grew up in Queens, says riders in Queens are very engaged with the process and depend on buses.

"Buses are tripping over each other to drop people off at the subway. We have redundancy on the lines," he said.

Public comment will shape the next draft for Queens, which will come out in the summer after the additional public sessions. They have had public meetings for about a year and those ideas and data helped create the first drafts.

The Bronx redesign is near the final stages and Acting MTA Bus President Craig Cipriano uses that as an example.

"Co-Op City was not happy with the original draft of their plan. We listened to what they said and made changes," he said.

After an emergency meeting on Wednesday with riders and officials, including NYC Transit President Andy Byford, Cipriano says they're looking at accessibility, and routes that are near schools and the subway hub in Jackson Heights.

They promise new tools on the website that are more clear about potential changes.

Staten Island was the first to implement a new design about a year and a half ago. There are still regular meetings to monitor how it's going. The Bronx got its final draft this month and the public session will be February 20 at 6 p.m. at The Bronx Museum of the Arts.

The Brooklyn process began in October and that first draft will come out in the spring.

Presentation times for Friday afternoon have been updated.