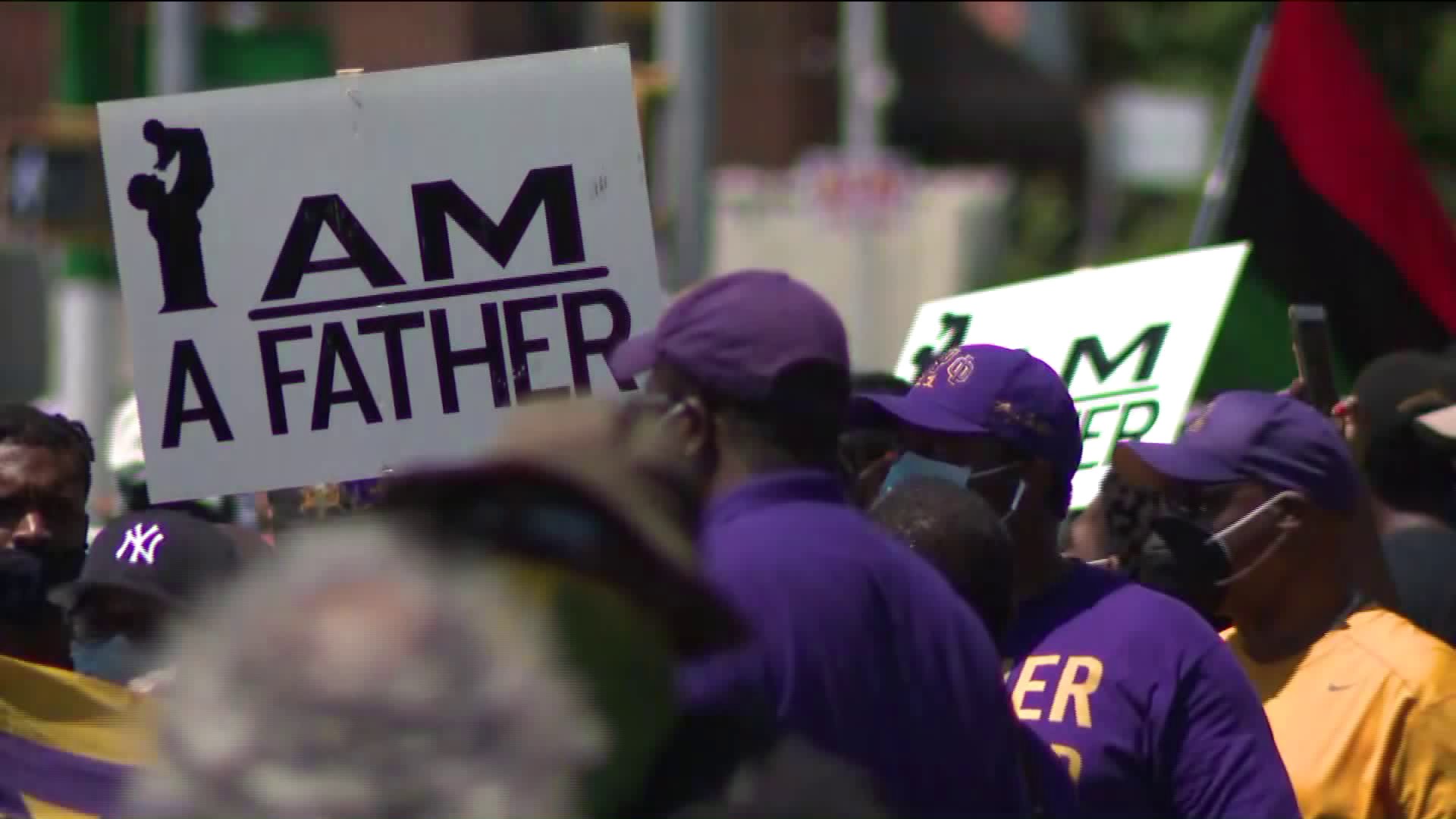 Dads say they’re going to continue to keep teaching, marching, and leading the way for their kids.

QUEENS — A Sunday march in Queens was to honor black men and black fathers while setting an example for their children.

Fathers in southeast Queens spent this Father’s Day with their young boys and girls at the Black Man March along Francis Lewis Blvd in St. Albans.

“I’m here to support black people and to make sure they get justice,” said 9-year old Nathanial as he stood with his father.

“I’m here because I wanted to partake in a protest with my son so he understands why we’re protesting and understands what’s going on in our society today,” said his father Jasen George.

“I want him to understand he should not see this 10-15 years from now...but if he does he’s going to need to protest,” said his father Eric Harley.

Many wore black lives matter t-shirts and I can’t breathe masks and held up signs with phrases like "I am a father."

The march ended with a rally at Daniel O’Connell Park on Murdock Avenue where dads and their young sons and daughters were joined by community leaders and elected officials who encouraged them to go out and vote Tuesday.

According to organizers of the peaceful call to action, more programs for kids and young adults are needed in southeast Queens.

In the meantime, fathers at the protest say they’re going to continue to keep teaching, marching and leading the way for kids future.

“I try to take him everywhere I can so he could not only see his dad as a role model fighting for his rights but so he could see other black men and not be scared of black men,” said Harley.