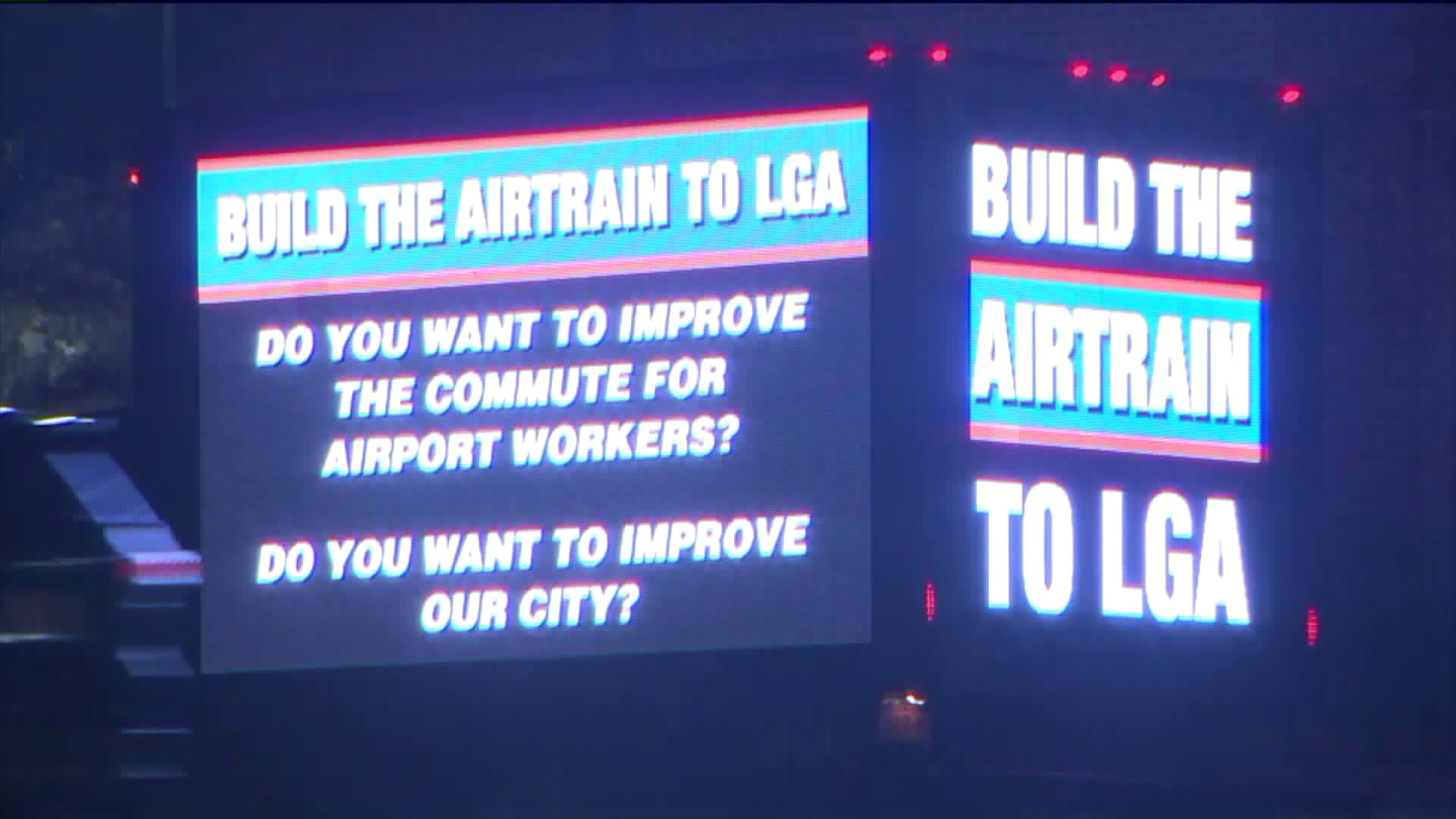 The message is clear: outside a meeting, supporters park behind a glowing billboard saying "build the air train."

QUEENS — Supporters and opponents of plans to build an airtrain to Laguardia in East Elmhurst, Queens are speaking out.

The Federal Aviation Administration is conducting an environmental review. They’re looking at the impact of building the rail line or not building it.

47 alternatives were reviewed and evaluated last year based on construction and operational factors. Other ideas, including a bus way or ferries, were ruled out.

The FAA is holding public review sessions this week as the process moves ahead. Another meeting is set for Wednesday from 6:30 p.m. to 8:30 p.m. at the airport Marriott on Ditmars Boulevard.

A decision will be issued by the FAA in the Spring 2021.

Critics of the plan are questioning the process. The cost has more than doubled to $2 billion dollars.

The Port Authority, which runs the airports, calls the airtrain project the least intrusive and least impactful on local communities.

Read about the project and the process here.