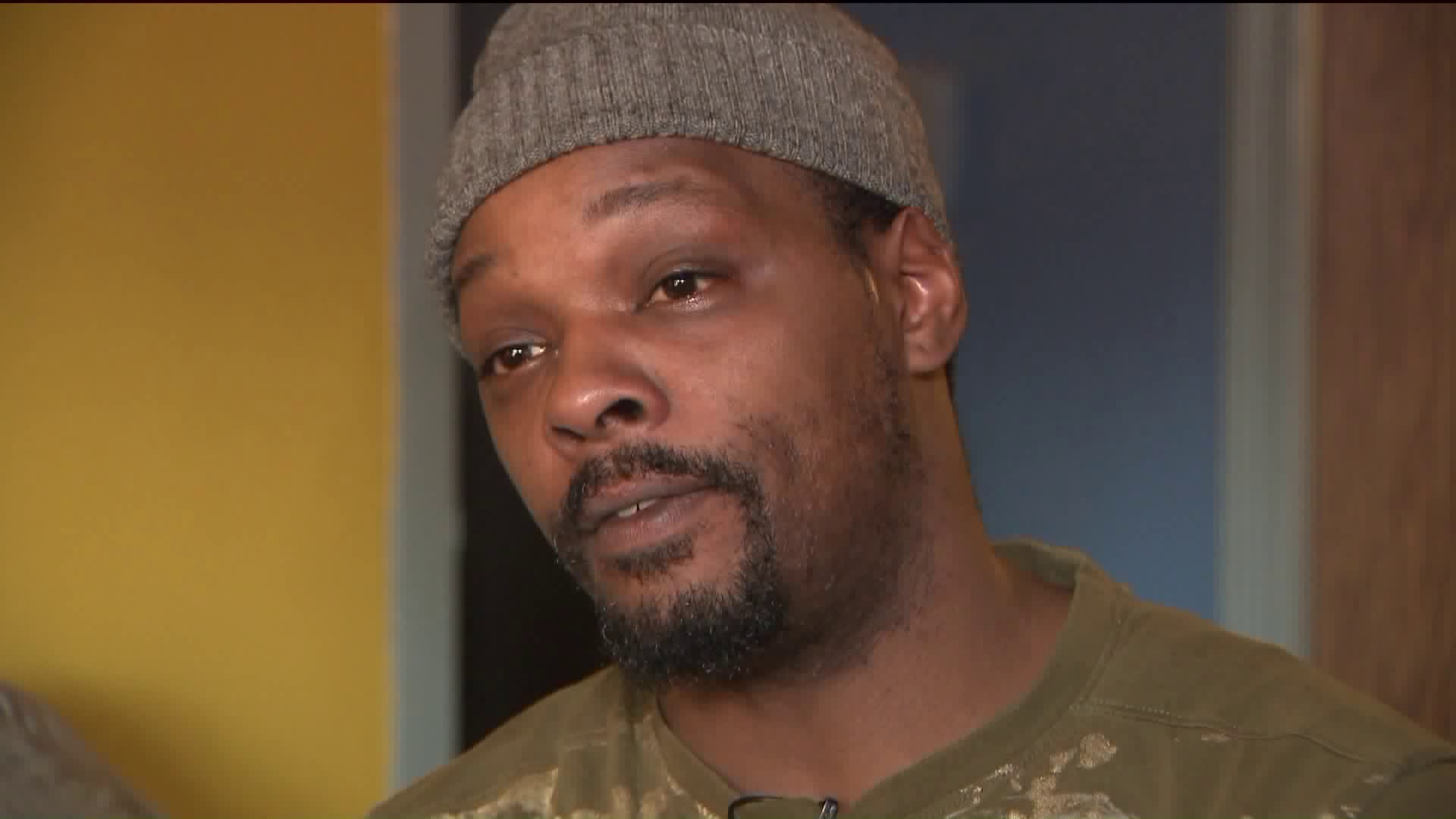 Jaquione Johnson was only 18 when he showed up for his evening shift at Wendy’s on Main Street on May 24, 2000.

FLUSHING, Queens — Jaquione Johnson was only 18 when he showed up for his evening shift at Wendy’s on Main Street on May 24, 2000.

He was working with five other men that Wednesday night.

Anita Smith, a 22-year-old Jamaica resident, was the only woman on duty, and she was posted at the cash register. She was planning to start college in the fall, so she could teach children with autism.

“She was supposed to have left at 11 p.m., which was closing time,” Johnson—now almost 38—recalled. “But she stayed a little later.”

That decision would prove fatal for Smith, who smiled at one of two men who strolled into the fast-food restaurant five minutes before Wendy’s closed.

That man was John Taylor, 36, a former assistant manager at the Flushing Wendy’s who had hired Smith about a year-and-a-half earlier.

The top manager on duty May 24, 2000 was Jean Auguste, who’d had some issues with Taylor when Taylor worked there.

Yet the two men chatted rather amiably that Wednesday night.

“He ordered his food, I said ‘That’s his boy, I’m gonna hook him up, boom, boom, boom,’” Johnson recalled, remembering how he made a nice meal for Taylor with extra fixings.

The man who walked in with Taylor was Craig Godineaux, 30, who was working as a security guard with Taylor at a Jamaica clothing store.

Godineaux was an imposing 6 feet, 5 inches tall and slim.

Taylor stood about 5 feet, 5 inches tall and was husky.

Both had been arrested for robbery before.

Both “customers” sat at separate tables to eat.

Then, they made another move.

“They both went in the bathrooms, there was a women’s bathroom and a men’s bathroom,” Johnson recalled to PIX11.

“John, he came out and started talking to Jean. They went downstairs,” Johnson said. “I thought they were friends.”

But this wasn’t a friendly visit.

Godineaux came out of the bathroom, Johnson remembered, “and he heard me freestyling. He asked me if I knew any rappers.”

Godineaux and the fast food worker then did some name-dropping of rap stars they liked.

Then, Johnson heard his manager’s voice.

“I get a call on the intercom, which was Jean telling us to come downstairs, we’re having a meeting,” Johnson remembered.

The employees were dutiful and went downstairs to the basement, where it quickly became apparent there was no meeting going on.

“John was like, ‘Everybody back up and get down on the floor!” Johnson said. “John had the gun on everybody and Craig duct-taped everybody up.""

“The manager popped the tape off his hand and pulled it off his face, and started breathing funny, yo ‘my asthma, my asthma!’ Then they beat him up, put more duct tape on him, picked everybody up and walked us in the freezer.”

“That’s when they came in with plastic bags,” Johnson remembered.

Godineaux put a bag over all seven employees’ heads, but the bag on Johnson failed to cover his right eye.

“So, that’s when they shot Jean,” Johnson recalled. “Then Anita started screaming. They shot her. I’m right next to Jeremy. He [Taylor] passed the gun to Craig. 'Craig take the gun.' I figured he was going to shoot me. Instead of shooting me, he goes to the corner, he shoots Ramon, Patrick, Ali and then me. I was the last one to get shot.”

Johnson said when he got shot in the head, it “felt like I was hit with a sledgehammer.”

When he came to, he recalled co-worker Patrick Castro asked him if he was OK.

The body of one co-worker, Ali Ibadat, had fallen on Castro’s knees.

Castro only had his cheek grazed.

When Castro thought the killers were still inside Wendy’s, he lay back down and played dead, placing his co-worker’s body back over his knees.

As it turned out, the shooters were gone, and Castro was able to call 911 using a fax machine.

“I was blacking out, going in and out,” Johnson told PIX11. “I think he put me in a chair for a second. And then he was like, ‘Yo, you think you can make it up the stairs?’ I was like, ‘I don’t know.’ I blacked out, I woke back up, and that’s when the cops and everyone were coming in.”

Castro had carried his critically wounded co-worker, Johnson, up the staircase.

“If it wasn’t for God saving Patrick, Patrick wouldn’t have saved me,” Johnson remarked.

In the freezer, five of Johnson’s co-workers were dead: Jean Auguste, who at age 28 was engaged to be married; Ramon Nazario, a father of two; Ali Ibadat, a 42-year-old native of Pakistan; Jeremy Mele, an 18-year-old from the Jersey Shore who wanted to join the military and Anita Smith, the oldest of her mother’s four children.

“I was like half-paralyzed on my right side,” Johnson told PIX11. “Couldn’t walk, couldn’t talk, couldn’t eat.”

But Johnson made a rather miraculous recovery.

Yet the last 20 years have been tough for him.

He suffered from seizures, and emotionally, he’s been stuck, his mother said.

“It keeps me relaxed,” he added.

Within 48 hours of May 24, 2000, the NYPD had the two suspects in custody, thanks to a fingerprint of Taylor’s found on a box holding the plastic bags.

When they arrested John Taylor, he was still carrying the .380 semi-automatic used in the shooting, along with the surveillance tape he took from the video machine at Wendy’s—and most of the $2,400 in coins he made away with.

“I still think of my friends all the time,” Johnson told PIX11. “I got to live with that the rest of my life.”