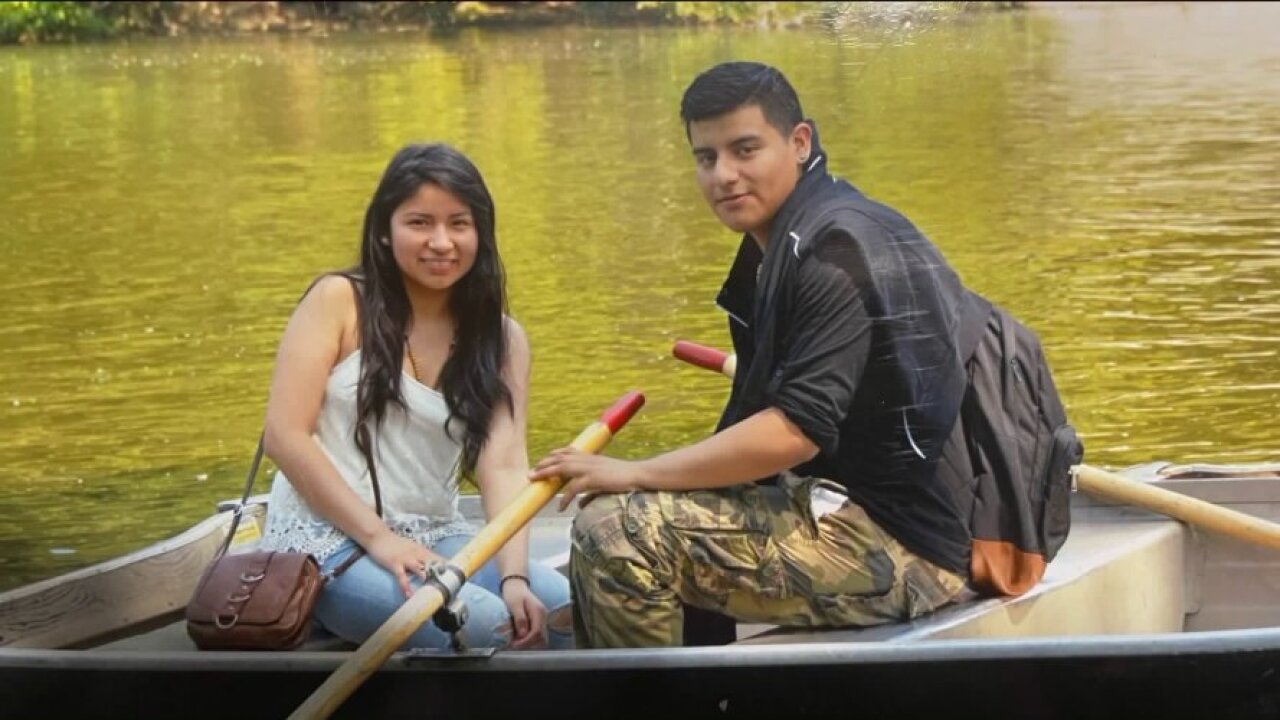 QUEENS — A young couple who had their wedding postponed once already during the COVID-19 crisis found out their $15,000 deposit vanished into thin air when the catering hall recently closed without notifying them.

"We went on their website; the website was shut down," said the bride-to-be, 25-year-old Jacqueline Yungaicela, about Royal Elite Palace Caterers in Woodside.

"We called them, and the people who answered told us the venue closed and they couldn't help us," she told us outside the shuttered establishment on Garfield Avenue.

Yungaicela and her fiancé, Jonathan Perez, 24, are high school sweethearts; the couple had been dating for seven years when Perez proposed in Jacqueline's native Ecuador in July 2019.

The couple was raising a son, James--who is now five--and they graduated from college at the same time in May 2020.

The couple started getting nervous when they saw a TV story that the catering hall was busted in late September for having nearly 300 people at a wedding, in violation of New York state's emergency COVID-19 guidelines.

Perez contacted the managers he had made the catering contract with.

"I asked them about the venue and the liquor license, and they told me everything was going to be fine. No liquor license was taken. They just had to pay a few fines."

When PIX11 checked with the sheriff's office, we learned the catering hall's owner, Aba Cohen, had received two summonses.

In December 2020, the couple was alarmed to see the catering hall's website was shut down, so Jonathan Perez decided to call.

"They told me, 'Oh, this is not Elite Palace anymore,'" Perez recalled.

"At first, he told me this was a beauty salon. And then he told me they're renovating the whole thing and it's under new management," Perez said.

The couple showed us their catering contract, which called for a cocktail reception and sit-down dinner with a guarantee of 146 guests.

We called the manager who signed the contract with the couple, Mohamed Siraj Salahudeen, and he told us he's out some money, too.

"They fired me; they said there's no business," Salahudeen told PIX11.

"Now, I'm on unemployment; I'm still looking for a job," he said.

Perez works six days a week as head waiter at a Long Island City restaurant and doesn't know how he will recoup the couple's lost $15,000.

Salahudeen, the former catering manager, told us Aba Cohen also owns a kosher restaurant on Manhattan's East Side. PIX11 went there, and a sign said it's closed until Jan. 11.

There is no owner listed on the state's website, because it's a limited liability company, but the address for the LLC is 20 West 47th Street in New York City's Diamond District.

We went to the address, looking for Suite 205, which was listed with the state.

We found the names of a law office and holding company on the suite door, and a man who came to see us said Cohen wasn't affiliated with this address.

They're holding out hope someone can help them with their financial loss.

"We wanted our dream wedding, and now it's shattered."