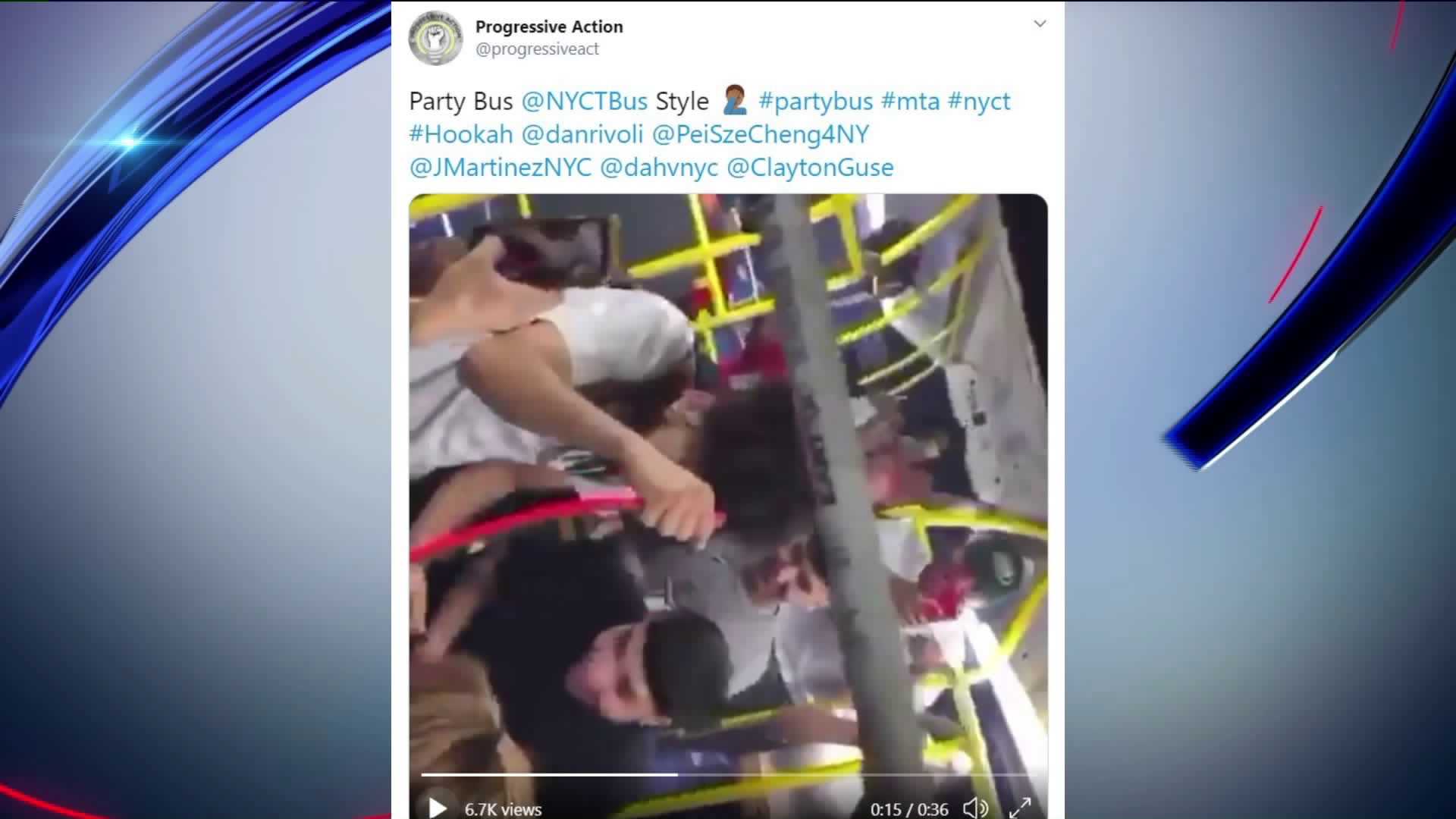 Video shows them dance, smoke hookah and drink. They took over the bus early Sunday just after the B48 bus driver pulled out of the Grand Avenue Depot.

The driver was blocked in by double parked cars. Partiers flooded onto the bus when the driver attempted to get the vehicles blocking the B48 to move. They stayed on the bus for about 15 minutes.

The bus was later disinfected.

"This group not only put themselves at risk, based on the fact that no one was wearing a mask, but more important to me, they put my bus operator at risk," he said. "Bus operators are out there moving the city - they've been doing so since March. In this egregious, egregious video, no one was wearing masks, and it's very important to keep that in mind as we take the next step in working with law enforcement."