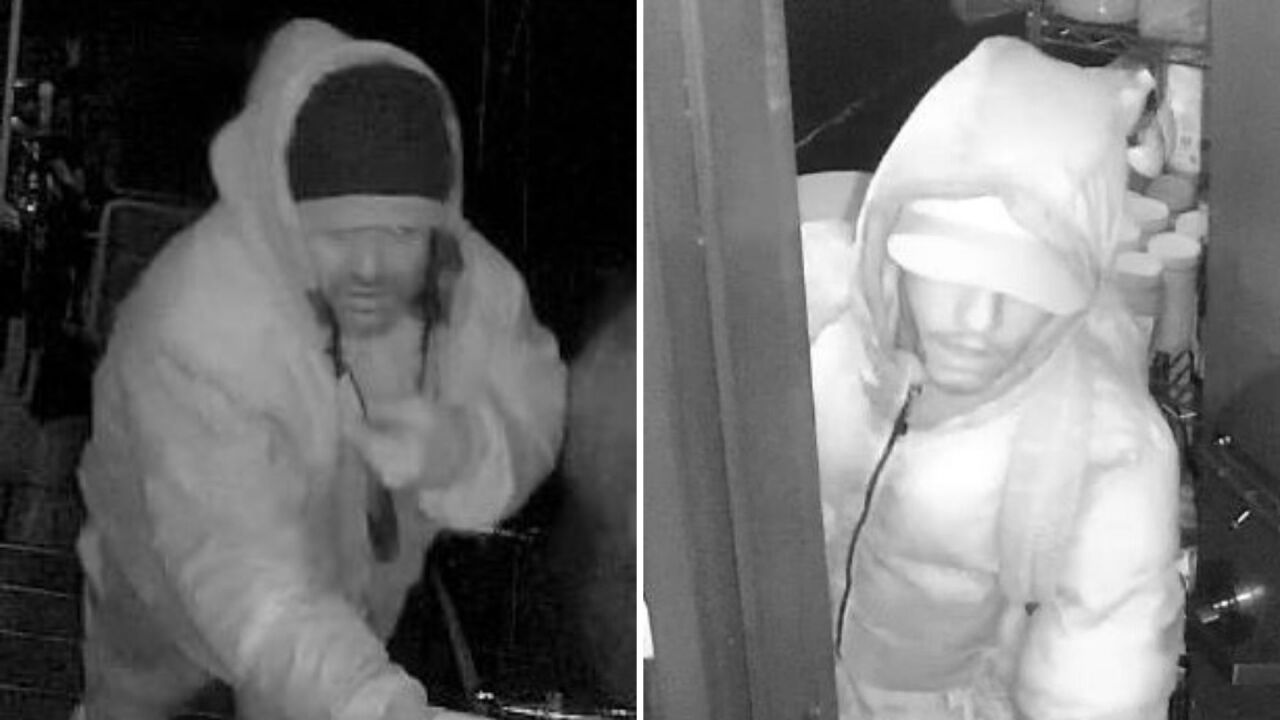 NYPD
Police are looking for two men seen here who broke into a Chinese restaurant in Flushing, Queens, and stole tablets and cash, the NYPD says.

DOWNTOWN FLUSHING, Queens — Police are looking for two burglars who broke into a Chinese restaurant in Queens last Tuesday and stole tablets and cash, according to the NYPD.

According to police, the two unidentified individuals broke through a basement wall around 6:15 a.m. to gain access to Shang Kitchen on Prince Street in Downtown Flushing.

Once inside, the pair stole three electronic tablets and about $1,000 in cash, before fleeing in an unknown direction, police said.

The two burglars, seen in surveillance images from police above, are described as men wearing dark-colored clothing.