Driver flees on foot after collision that killed 2 in Far Rockaway: police 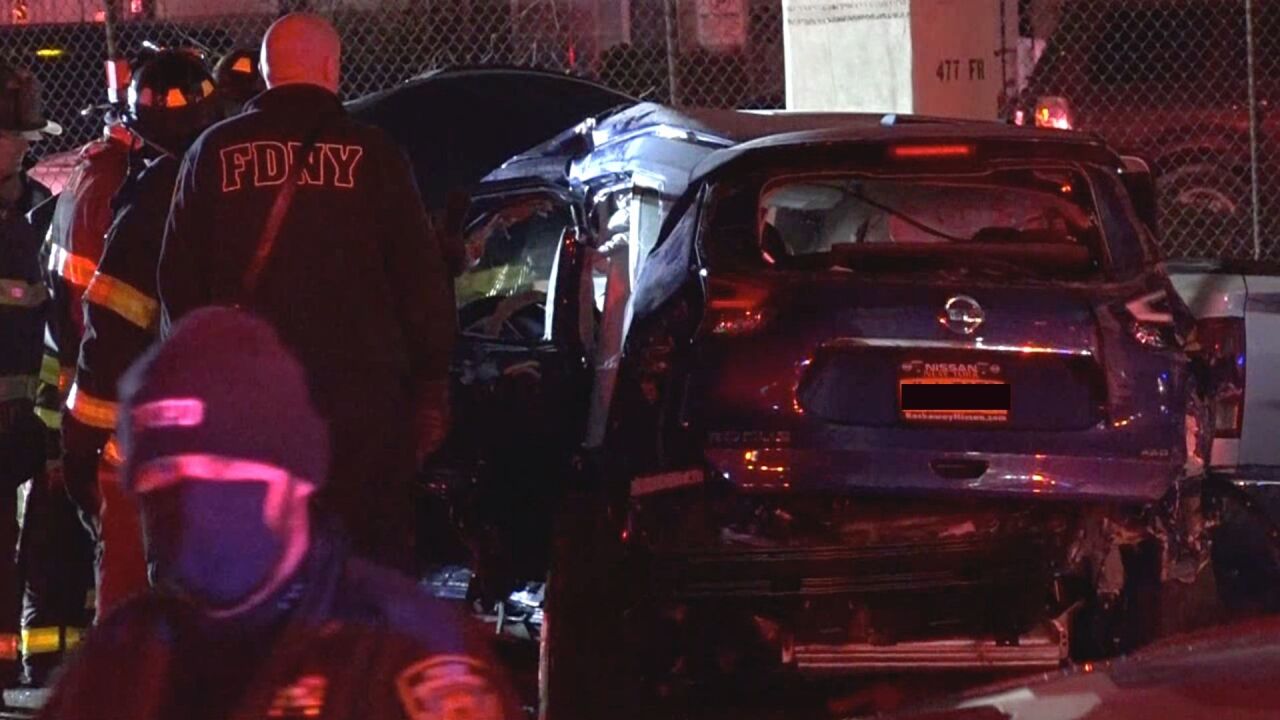 NYPD
Emergency crews on the scene after a deadly collision between a truck and SUV that killed two people in Far Rockaway, Queens early Friday, Jan.1, 2020, according to police.

FAR ROCKAWAY, Queens — Police are searching for a driver who fled the scene after a collision in Queens that left two people dead early Friday morning, the NYPD said.

Officials said the deadly crash occurred around 5 a.m. near the intersection of Ocean Crest Boulevard and the Rockaway Freeway in the Far Rockaway neighborhood.

Police said officers in the area saw a Dodge Ram truck driving erratically moments before it collided with a Nissan Rogue SUV.

Thelma Reid, 60, who was driving, and Donovan Gibbon, 57, a passenger in the SUV, were hurt and rushed to a nearby hospital, where they both succumbed to their injuries, authorities said.

Reid and Gibbon were married, and were on their way to work at Kennedy Airport, police said.

Police said the driver of the truck involved hopped out of the vehicle and fled the scene on foot and had not yet been located.

Two passengers in the Dodge truck remained at the scene, including a 37-year-old who suffered head and leg injuries and was taken to a local hospital, the NYPD said. They are expected to survive.

The other passenger, a 33-year-old man, was arrested at the scene for disorderly conduct and obstructing government administration, police said.

Authorities said the incident was still under investigation Friday afternoon.

The age of the female victim was corrected to 60 years old.