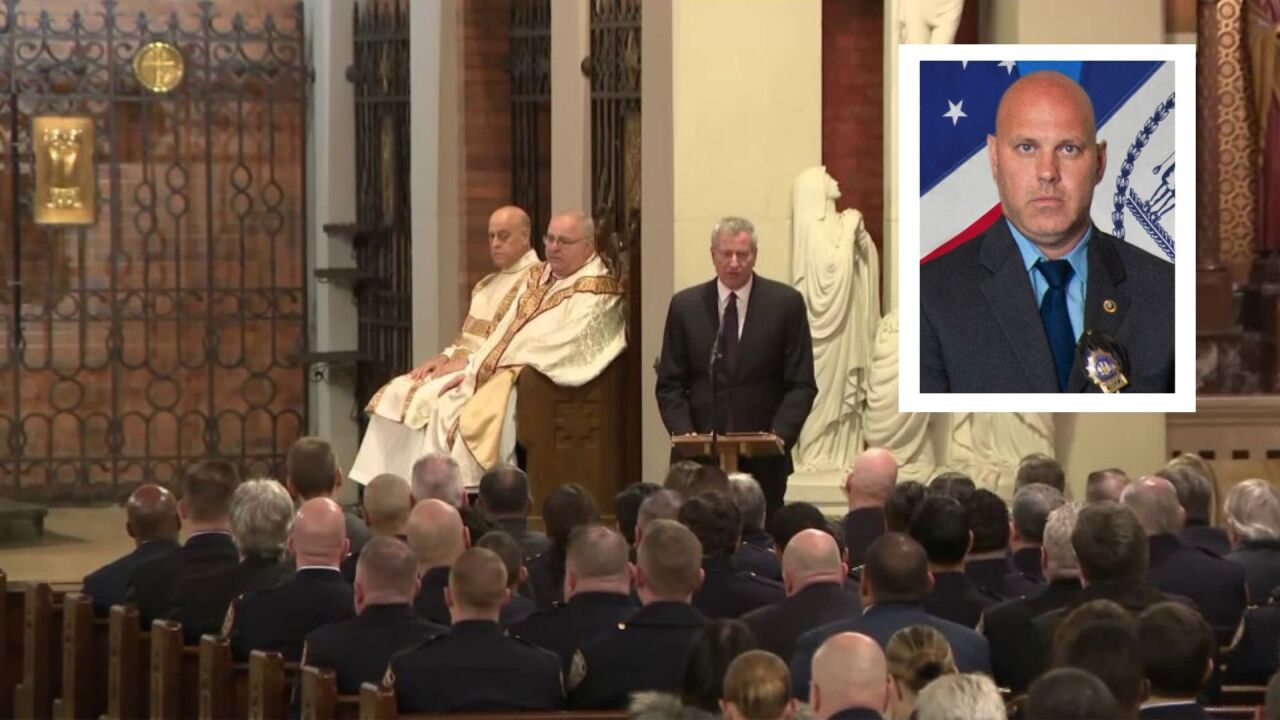 Det. Brian Simonsen (inset) was remembered in a memorial mass a year after he was shot and killed by friendly fire.

Simonsen, 42, was remembered for his devotion to his family, the police department and his community on Long Island.

“When we lose a member of our police force, our whole city learns about the life of a good man and we learn it too late,” Mayor Bill de Blasio said during the Mass at Holy Child Jesus Church in Richmond Hill, Queens. “There’s no question how special a human being Brian was and how missed he is.”

Simonsen, of Calverton, was killed by friendly fire on Feb. 12, 2019, while responding to a robbery at a T-Mobile in Queens.

Burglary suspect Christopher Ransom allegedly charged at officers inside the store and pointed a fake gun at them. The officers fired 42 shots and Simonsen was fatally struck, police said.

Ransom was charged with robbery, aggravated manslaughter and menacing, according to police.