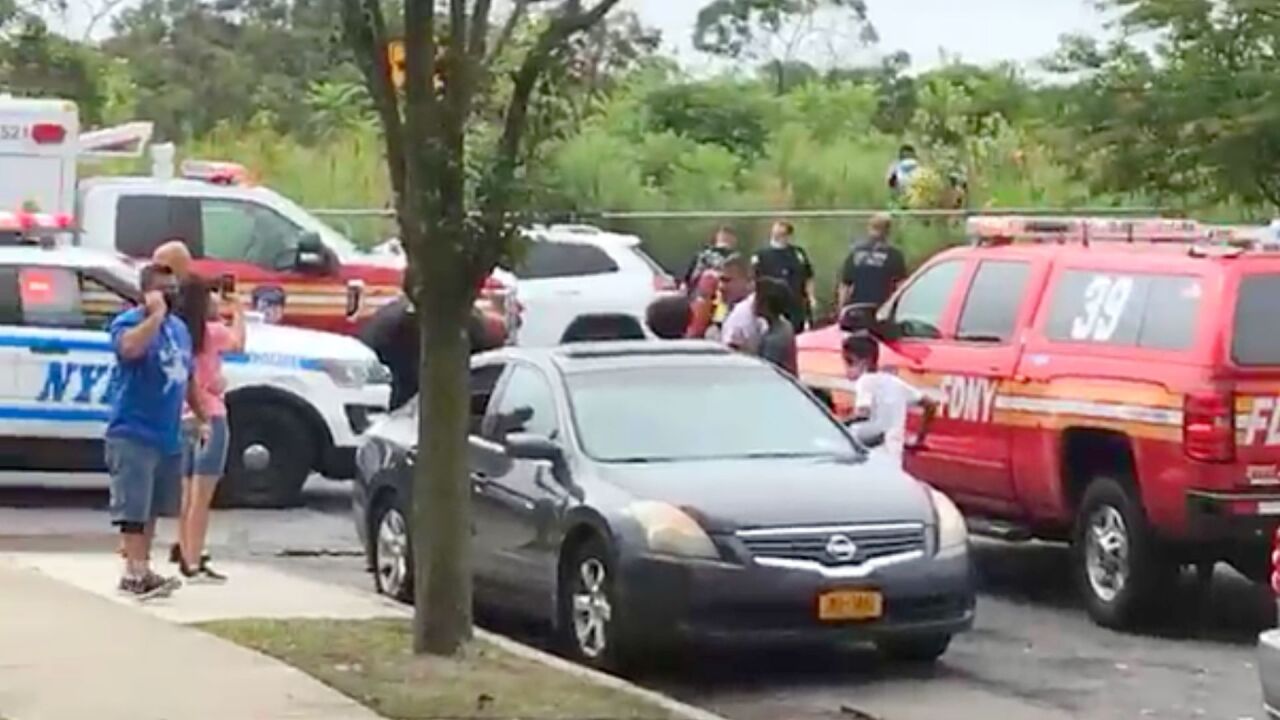 Citizen App
Authorities recovered the body of an unidentified woman in the waters of a Queens creek Wednesday morning, Sept. 2, 2020, according to the NYPD.

LINDENWOOD, Queens — Authorities are investigating after a woman's body was discovered in the water of a Queens creek Wednesday morning, the NYPD said.

According to police, the call came in around 10:20 a.m. for a body found in Betts Creek, just near 157th Street and 75th Avenue in the Lindenwood neighborhood.

A team from the NYPD recovered the unidentified woman's body, describing it as badly decomposed and fully clothed. She was officially pronounced dead on the scene.

The medical examiner will determine the exact cause of death.