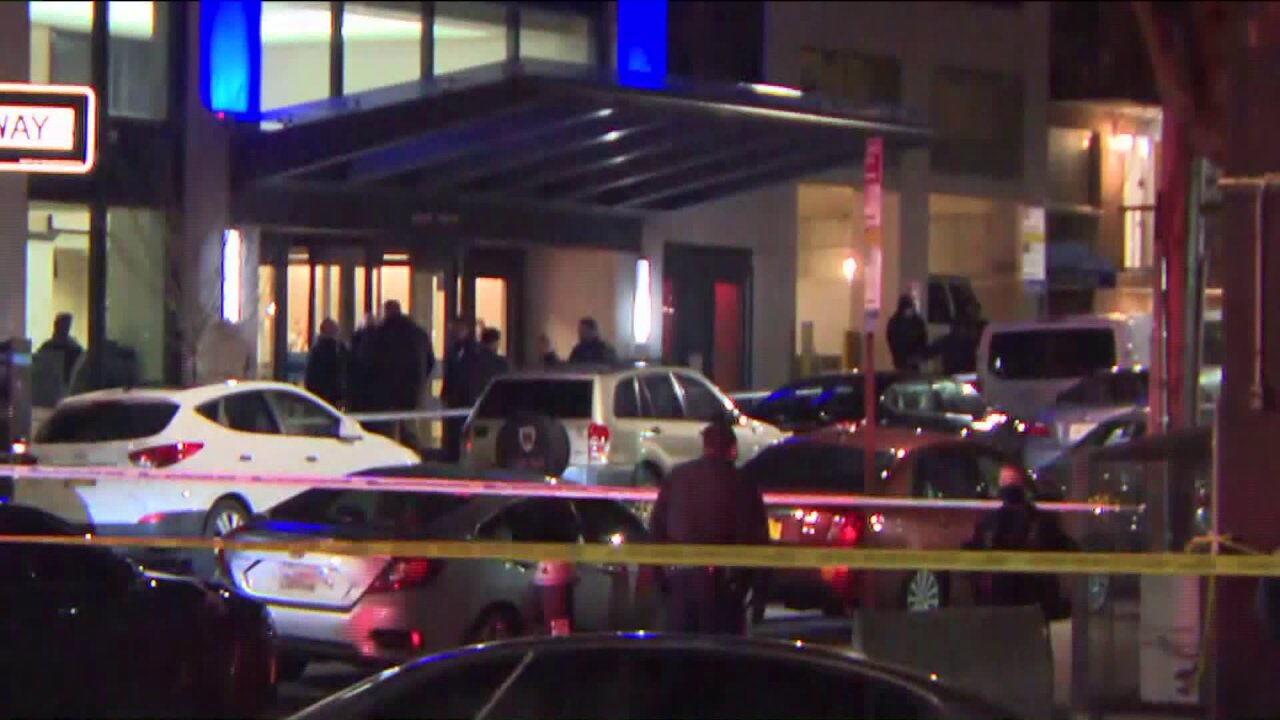 KEW GARDENS, Queens — As New Yorkers celebrated the new year, shots rang out at a Kew Gardens hotel, leaving a man dead and two others injured; in the wake of the violence, Mayor Bill de Blasio called Monday for the hotel to be shut down.

De Blasio instructed his team to check their legal powers to make sure the Umbrella Hotel closure would be done correctly.

"I think it's been a blight on the community and it should not be that going forward," he said. "So we're going to use all the power of the city government to get that closed and stop having the community suffer from what's happened at that hotel."

Police released images of four people sought in connection with the shooting.