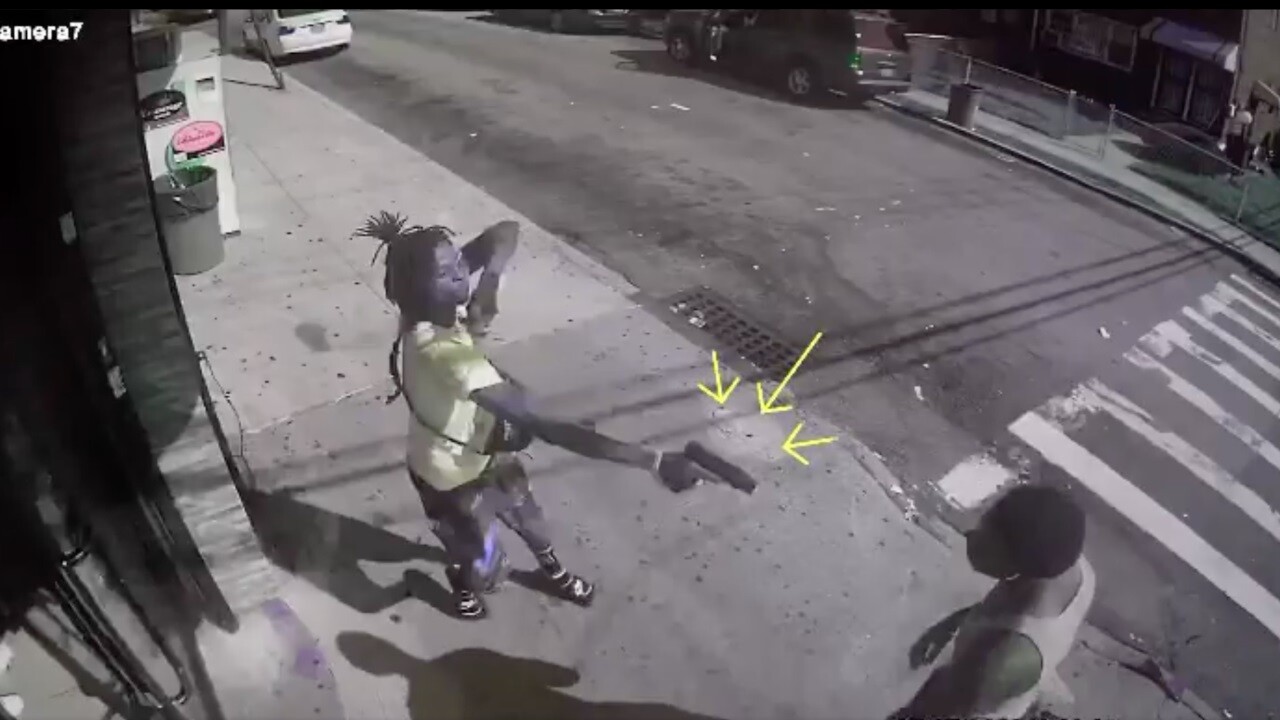 Police have asked for help finding the alleged gunman in a shooting at a Queens deli. (NYPD)

ST. ALBANS, Queens — A man shot a college football student at a Queens deli on Monday after an argument, police said.

Alleged gunman Jeffrey Thurston argued with the victim, a student at SUNY Buffalo, after the victim tried to walk by him in the 136 Deli & Grill on Springfield Boulevard, NYPD Chief of detectives Rodney Harrison. The argument escalated and Thurston allegedly punched the victim in the face.

Video shows the victim chase Thurston outside where the two struggle on the ground. Once they stood, Thurston allegedly shot the victim once in the abdomen, critically injuring him.

As you can see in the video, the perpetrator, identified as Jeffrey Thurston, starts a verbal argument after the victim attempts to walk past him. pic.twitter.com/qNJ4nHy3aN