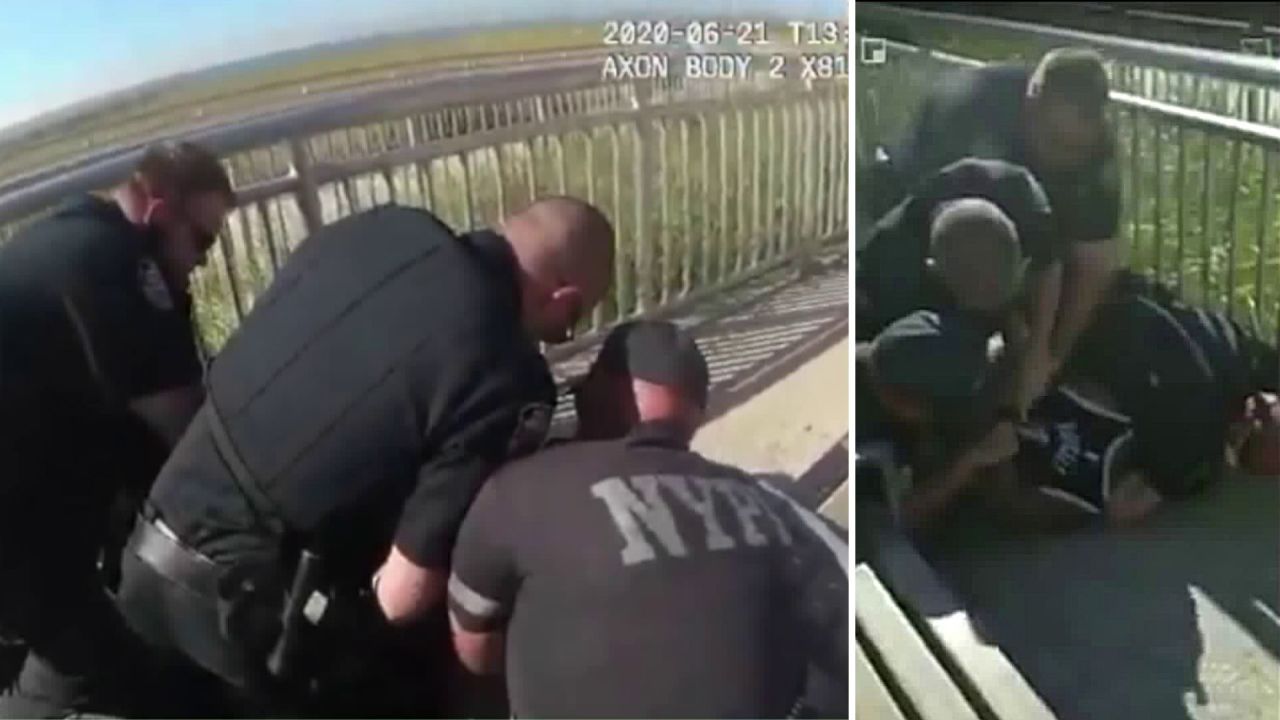 The officer was arraigned Thursday morning for allegedly using an illegal chokehold during an arrest. 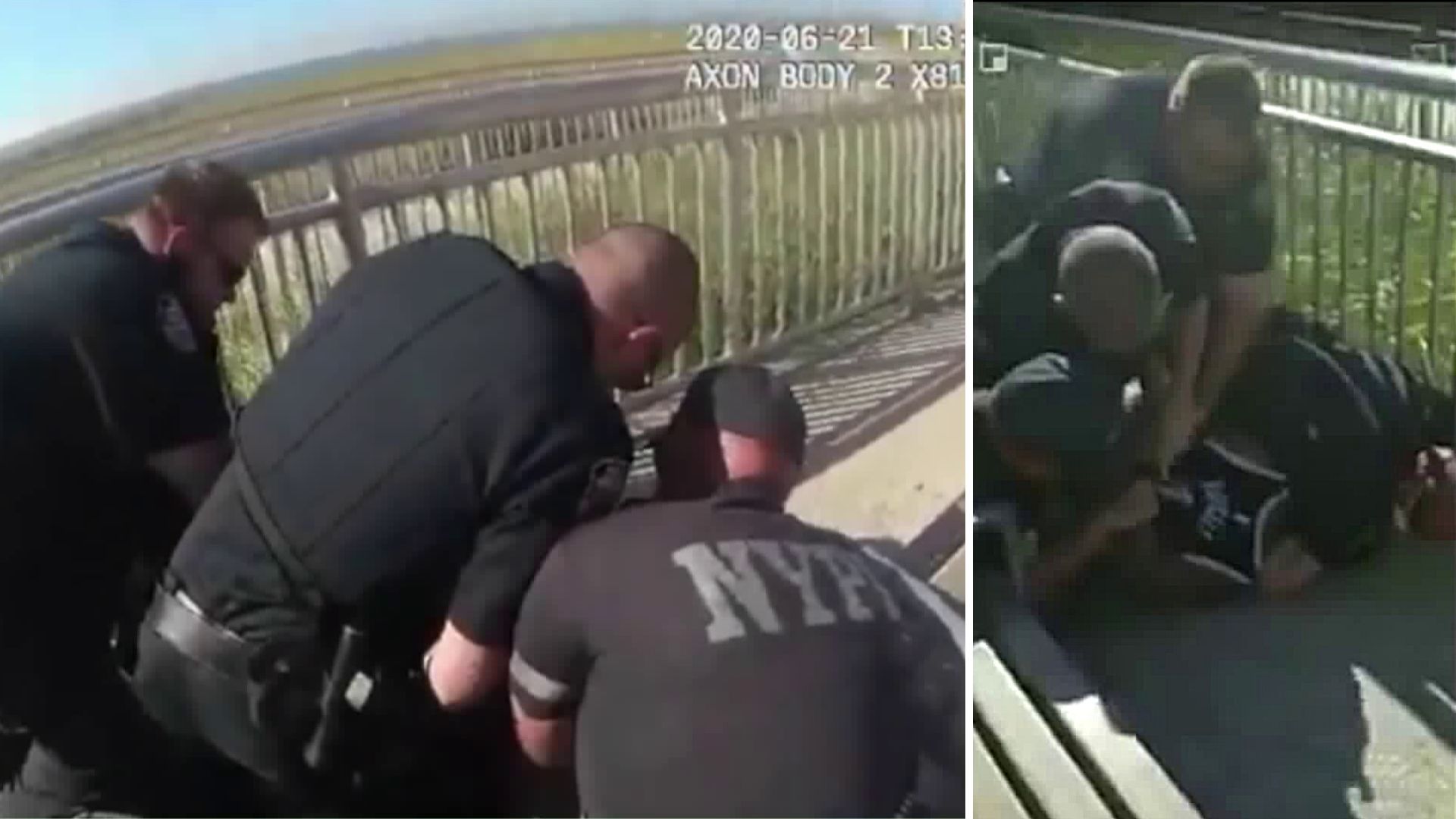 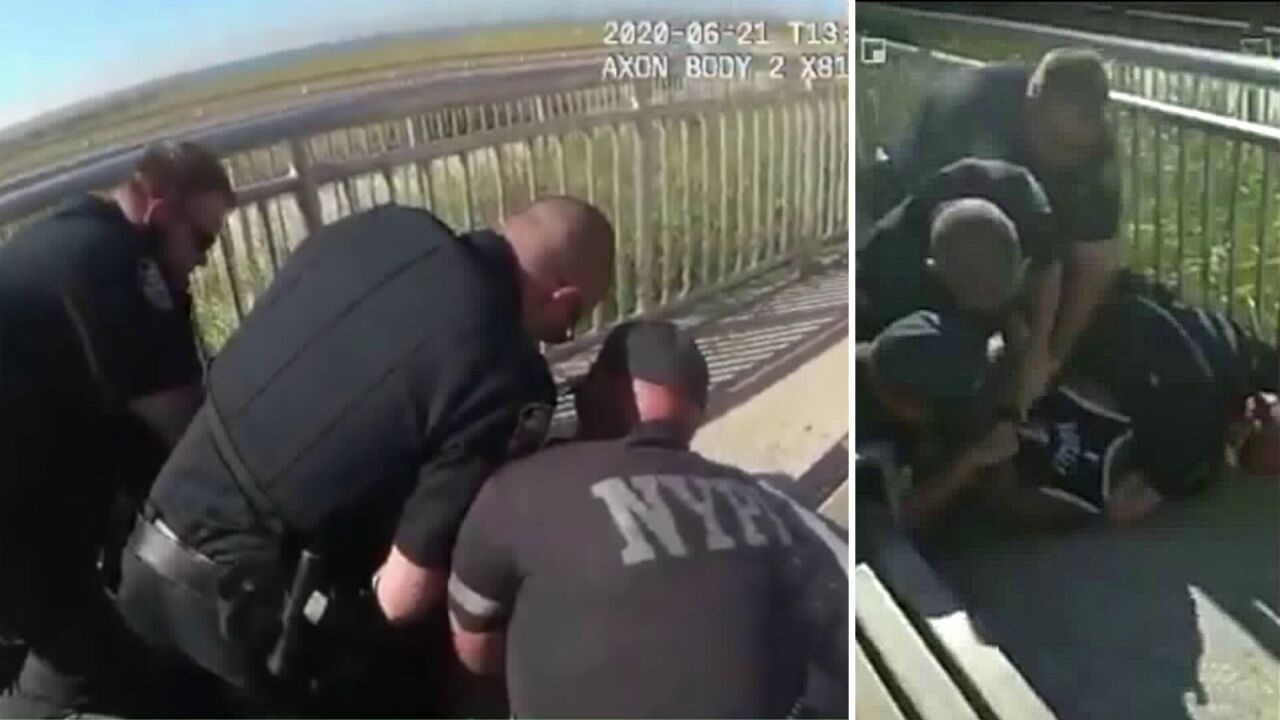 The 39-year-old cop, who has a history of complaints against him, was arrested and booked at his own Queens precinct just after 9 a.m. Thursday, according to police.

If convicted, Afanador faces up to seven years in prison, the DA's office said.

"Not only is this officer a criminal, he's a liar," the victim's lawyer said.

DA Katz acknowledged that body-camera footage shows the officers being cursed at and badgered before the incident. "Everyday, however, police officers find themselves in circumstances that require them to exercise restraint and are charged with de-escalating potentially volatile conflicts," the district attorney said.

"Even under the most difficult of circumstances...this kind of action is exactly the kind of police conduct that the NYPD has banned and our State Legislature criminalized," Katz added.

Afanador was suspended without pay Monday, just a day after being caught on video pinning 35-year-old Ricky Bellevue to the ground and apparently putting him in a banned chokehold in the confrontation on the Rockaway Beach boardwalk.

Mayor Bill de Blasio said at the time it was the fastest he'd ever seen the NYPD discipline an officer.

The NYPD released the body-cam video of the arrest almost immediately after bystander video of the incident went viral.

Prosecutors opened the investigation into Afanador’s actions Monday, saying at the time "there must be zero tolerance for police misconduct."

Afanador was acquitted in a prior case stemming from allegations he pistol-whipped a Bronx teenage suspect and broke two teeth in 2014.

The officer has had eight Civilian Complaint Review Board complaints filed against him, including use of excessive force and denying medical attention, since he joined the force in 2005.

"This officer has had his wrist slapped eight other times before he got his hands on my client," Bellevue's lawyer said.

The use of excessive force by police has sparked weeks of protests and rallies in New York City and nationwide.

The outcries for police reform prompted Commissioner Shea to shake up leadership at the NYPD. On Wednesday, Brooklyn North Chief Jeffrey Maddrey was announced as the new head of the NYPD's Community Affairs Bureau, and a mandate to wipe the slate clean, Shea said.