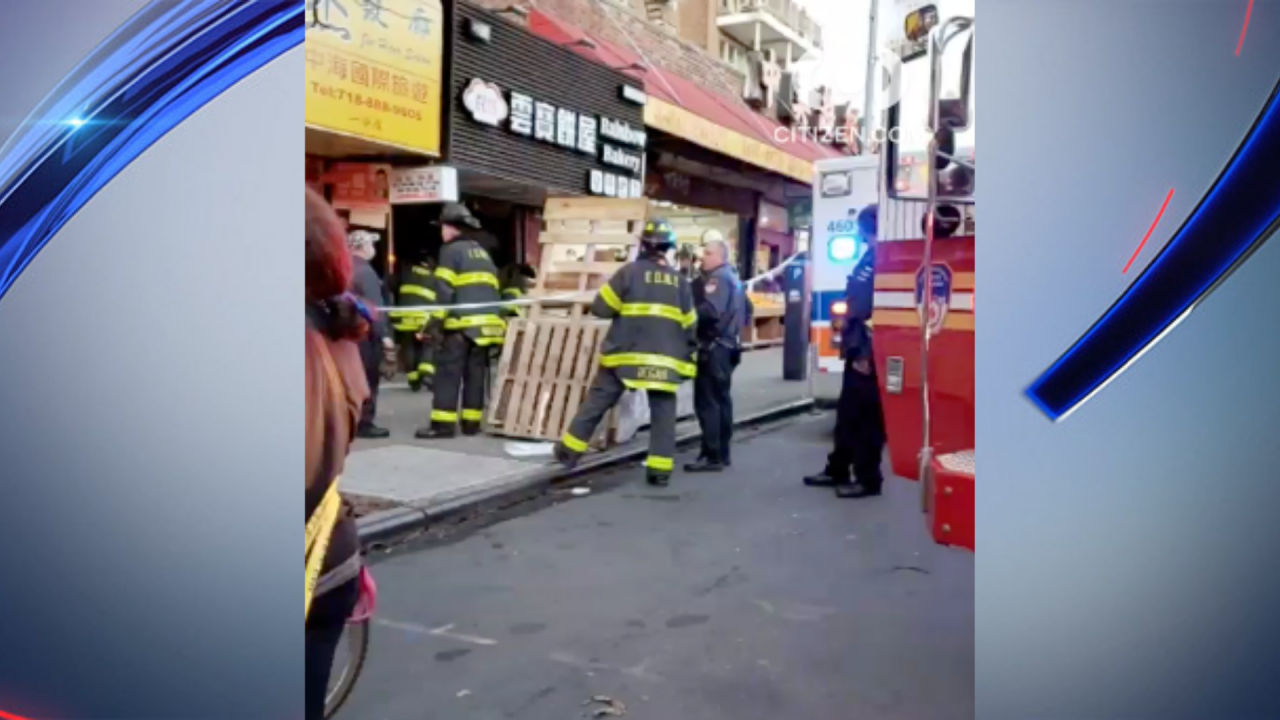 A car crashed into a bakery in Flushing, police said (Citizen App).

FLUSHING, Queens — A driver jumped a Queens curb and crashed a vehicle into a bakery following a "dispute" with another driver, officials said Monday.

It happened at around 4 p.m. in Flushing where the occupants of two cars were involved in a "dispute." Police said occupants of one of the cars approached the other with some sort of object, possibly a baseball bat.

Just after that dispute, the second car ended up driving into the bakery.

Multiple people were arrested; four people suffered minor injuries, including two people inside the bakery, police said, and taken to a local hospital.