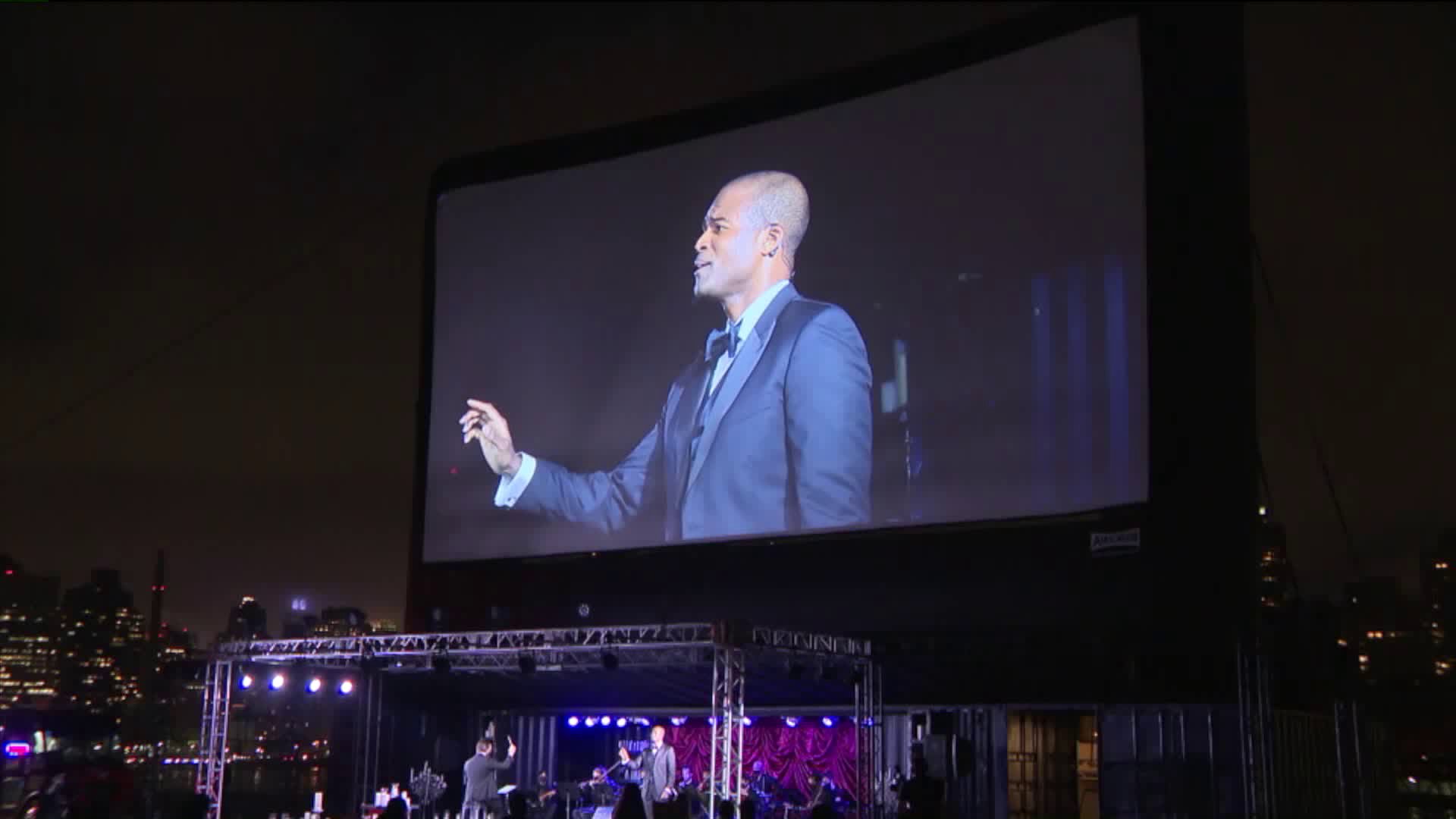 People missing the theater were able to get a taste in Astoria on Saturday night.

ASTORIA, Queens — The show must go on.

If you’ve been hungering for Broadway caliber performances while all the Broadway stages are shuttered during the pandemic, you may want to check out Broadway at the Drive-In at Radial Park in Astoria.

With a 12-piece orchestra and stars from original shows like "Phantom of the Opera," executive producer Jeremy Shepard has created something special.

“I created Broadway at the Drive-In because it’s the best mix of my experience in New York, what I’ve been doing for the last ten years,” Shepard said. “My work at the Schubert, Nederlander and Jujamcyn theatres and all my friends out of work, I had to do something unique."

For the stars, Derrick Davis and Ali Ewoldt, it’s a chance to perform in front of a live audience, something they haven’t done since February.

“It means everything to me, to have the opportunity to get back to the stage, to do live theatre in Astoria, my home, where I live,” Davis said. “I am getting to mix theatre and the live experience in my backyard.”

“I love the role so much and I love the musical. This time has been really challenging to perform."

To the audience, sitting at picnic tables and in cars, this was a chance to see the Broadway shows they’ve loved and missed.

Steven Krakowski has seen Phantom on Broadway at least 25 times.

“Seeing it live, up close with the film and live performance, it’s a different experience,” Krakowski told PIX11 News.

The drive-in is right across from Astoria Houses and the head of their tenants association liked the idea.

“With COVID, everybody’s been staying inside,” Claudia Coger, President of Astoria Houses, said. “This is an excellent way to get out of the house for entertainment."

The drive-in hopes to be featuring films and live performances through December 31 and then resume again in March.

There will be more shows running until at least Christmas. You can get more information here.