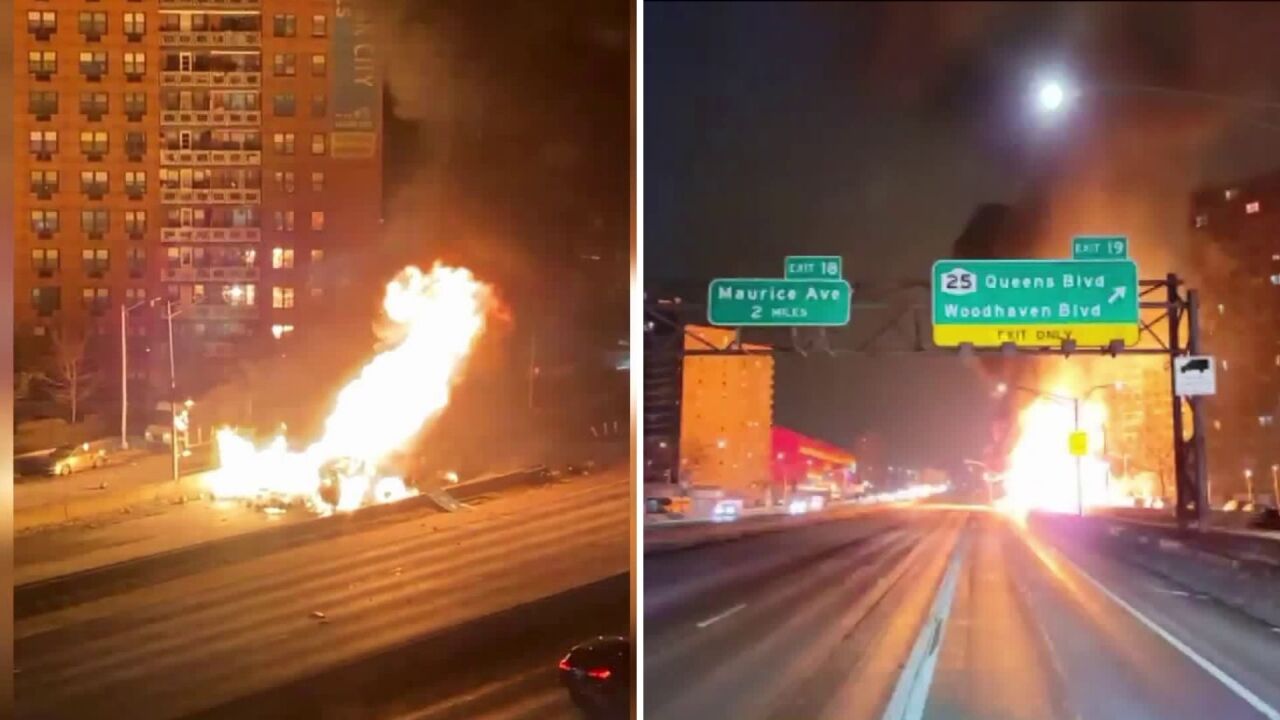 Citizen App
A box truck carrying propane tanks burst into flames while trying to avoid hitting a car on the Horace Harding Expressway.

It happened just after midnight on the westbound lanes of the Horace Harding Expressway near Junction Boulevard in Corona.

The truck driver jackknifed the vehicle, which carried propane tanks that caught fire, according to police.

It was not immediately known if the truck driver tried to avoid black ice, causing him to jackknife the truck and turn over or if there was a car that cut him off.

No criminality was determined, and authorities have secured the scene, police said.

Editor's Note: The story has been updated to reflect what police believe the cause of the incident may have been.