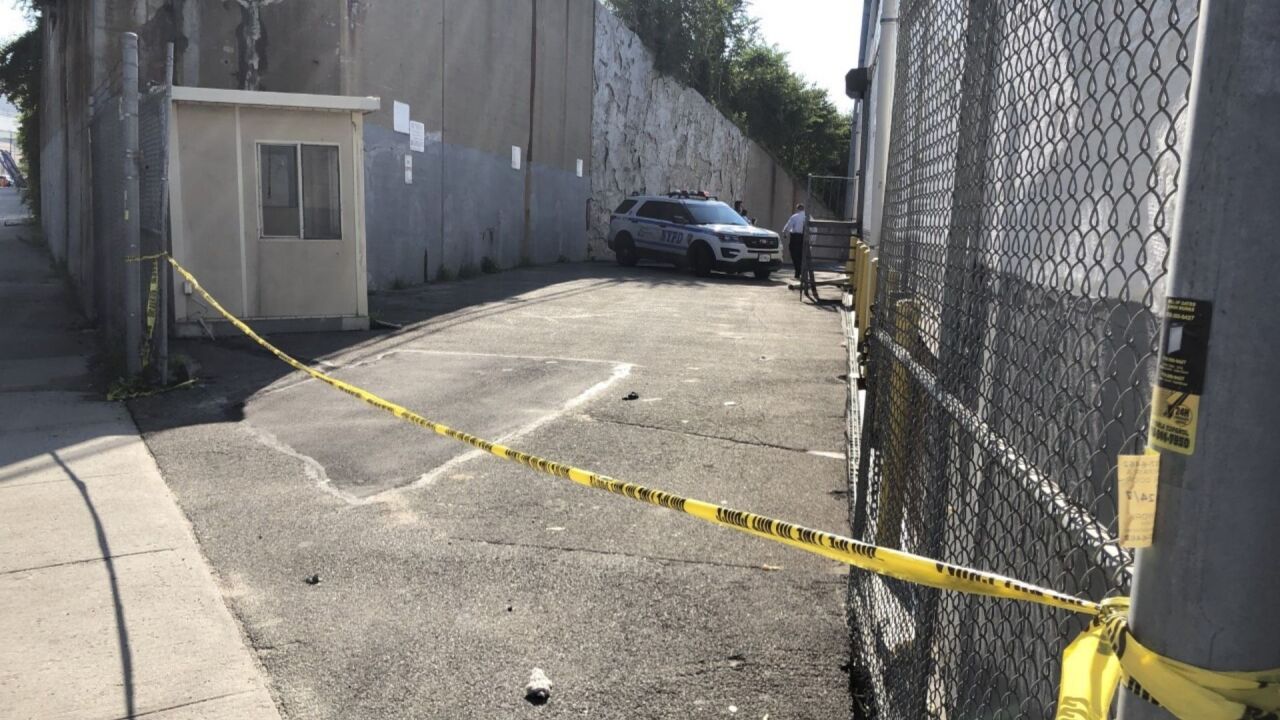 PIX11 News
Scene after the body of a man was discovered wrapped in a tarp behind a business in Jamaica, Queens, early Friday morning, Sept. 4, 2020, police say.

JAMAICA, Queens — Police are investigating after the body of a man was discovered behind a Queens business early Friday morning, the NYPD said.

Authorities said officers responded around 6:50 a.m. after a call for an unconscious person behind 180-08 Liberty Ave. in the Jamaica section of the borough.

According to Google Maps, the location is GWG Wheels tire-repair shop and showroom.

Responding officers discovered the unidentified, unresponsive man, lying on the ground and wrapped in a tarp, police said.

According to the NYPD, the man was wearing just underwear and a T-shirt when a worker discovered him.

Police sources told PIX11 the shirt was found up around his face, but it was not clear if it was intentionally put there or moved up during a possible moving of the body.

There were no known or obvious gunshot wounds, police sources said.

The medical examiner will determine the cause of death as the investigation remains ongoing, police said.