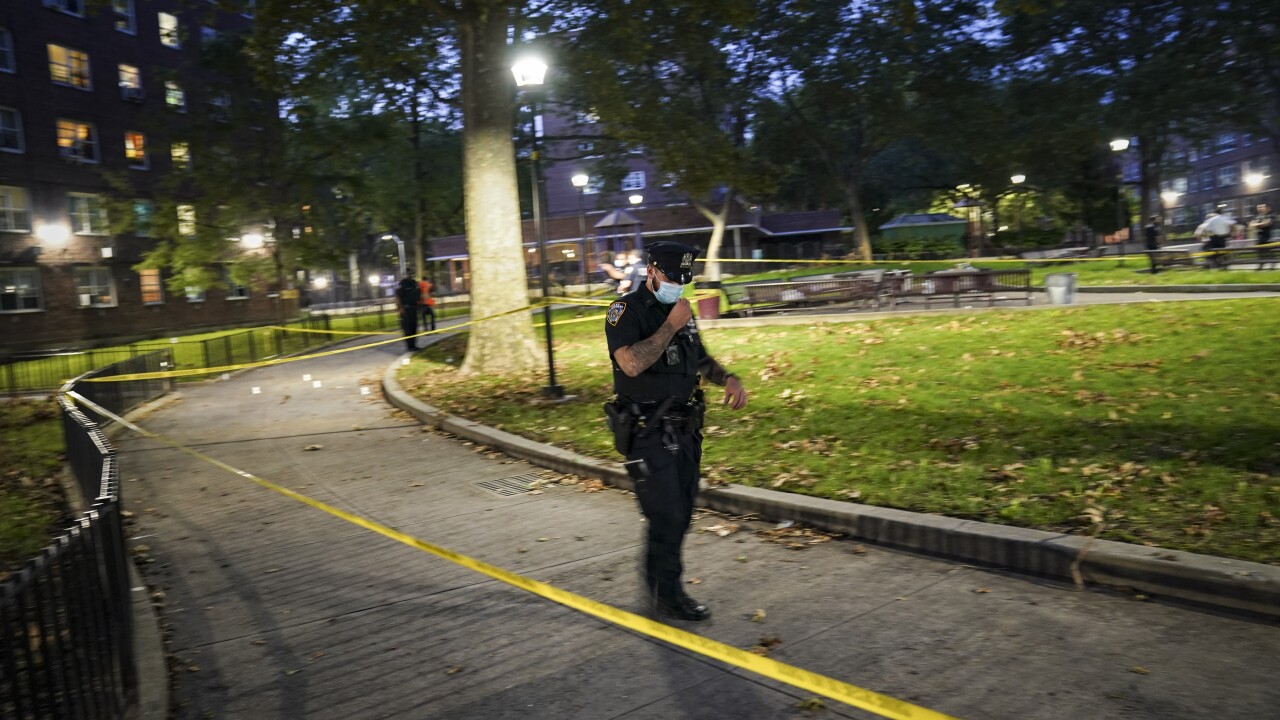 ASTORIA, Queens — A shooting outside a NYCHA complex left three teenagers injured and a man in critical condition after he was shot in the head in Astoria on Tuesday, according to an NYPD spokesperson.

It happened around 4:45 p.m. in a courtyard at the New York City Housing Authority's Ravenswood Houses, police clarified on Wednesday, after initially giving a different address for the incident.

The victims were standing in a large crowd when a man drove up in a blue jeep and began shooting, according to police.

One of the victims, 21, was listed in critical condition with injuries that could be life threatening.