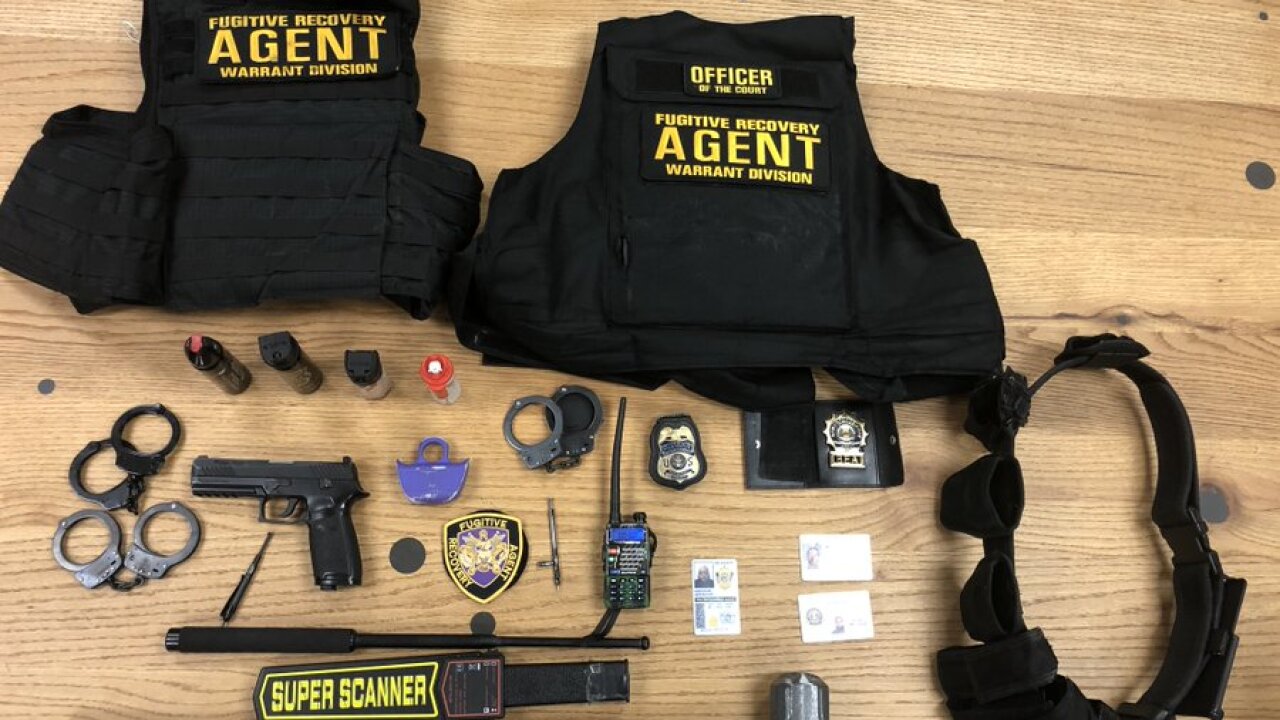 New York City deputy sheriffs were conducting social distancing enforcement on Steinway Street in Astoria when they encountered Arkeem Spencer and Jonathan Devin posing as bounty hunters despite being unlicensed, an official with the Sheriff's Office told PIX11 News.

Several illegal weapons and equipment were also recovered during the arrests, including an air pistol, baton, pepper spray and handcuffs, according to the NYC Sheriff's Office.

The city stepped up social distancing enforcement along Steinway Street this week after hundreds of people swarmed the area over the weekend, drawing harsh criticism from city and state officials.

The NYC Sheriff's Office is a branch of city government responsible for discovery and seizure of property, cigarette tax and license enforcement, arrests, vehicle and property auctions and serving mandates, orders and decrees issued by the court system.