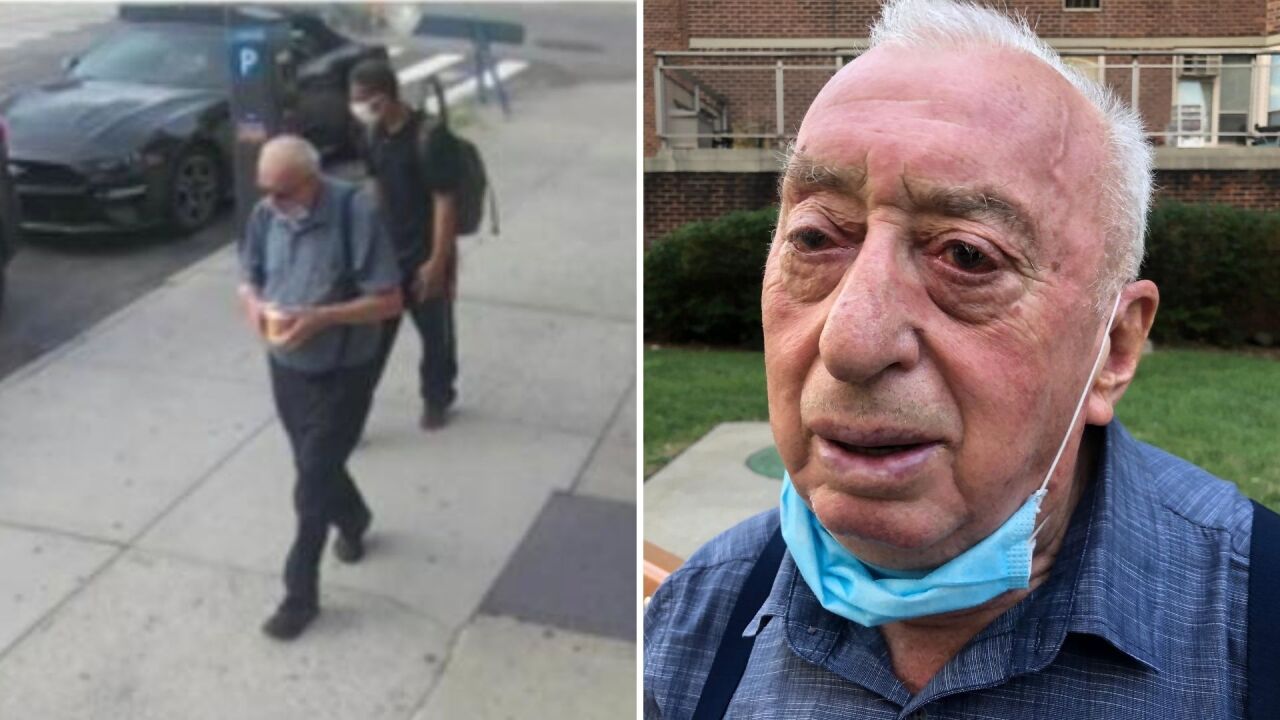 NYPD/PIX11 News
Oliver Neligan, 84, told PIX11 of how he used his hot coffee and fists to fight off a would-be mugger who attacked him as he walked to Sunday mass in Queens.

WOODSIDE, Queens — Oliver Neligan, a veteran and retired MTA worker, was on his way to Sunday morning mass when he noticed a man following him from the deli where he just picked up his morning coffee.

Neligan left the shop at the corner of 60th Street and Queens Boulevard in Woodside, heading for 8 a.m. service at Saint Sebastian Catholic Church, just about six blocks away.

"When I went to take a sip of my coffee, he jumped me from the back and put his hands around my neck," the 84-year-old Irish immigrant recalled.

"I threw the coffee cup up and I tried to hit him with it," he told PIX11 Wednesday. "Then he grabbed me and I kind of wrestled with him, and we went down."

Despite hitting his head on a wall during the scuffle, Neligan started to get up. That's when the would-be mugger pulled glasses out of the man's pocket.

"I grabbed the mask out from his face and he took off running," Neligan recounted at the scene of the crime.

“We should be able to go to church and go shopping without being mugged.”

84-year-old Queens veteran tells @MurphyPIX how he fought off an attacker with hot coffee as he walked to church.

Neligan showed us the spot where he hit his head and then pointed to a place above his right eye, where he says the mugger hit him with a cellphone.

He said his ribs are bruised and he has a scab on his right elbow from the incident.

Neligan said he wanted to tell his story because he feels senior citizens have been targeted more and more in Woodside.

"We should be able to walk the street," Neligan asserted.

"They have all these people put into [motels]; they're roaming all around," he said, expressing concerns over some inmates being released from prisons due to the COVID-19 pandemic.

"We’re not safe here. We’re not safe anymore. No good!" he exclaimed. "And City Hall seems to be holding up the cops and not allowing them to do anything."

The grandfather of four said the 108th Precinct is investigating his case.

"We all worked hard through our lives and at least we should be able to go to church and go shopping without being mugged."

Editor's Note: This post initially stated Neligan was a World War II veteran. He is a veteran, but he did not serve during World War II.